Using the most recent confirmed statistics from the Centers for Disease Control (2015), Live Action shows that not only is abortion the leading cause of death in the U.S. black community, the number of annual deaths due to abortion is greater than the total number of deaths by the following nine causes.

Black deaths by abortion, on the other hand, total 229,740 annually. 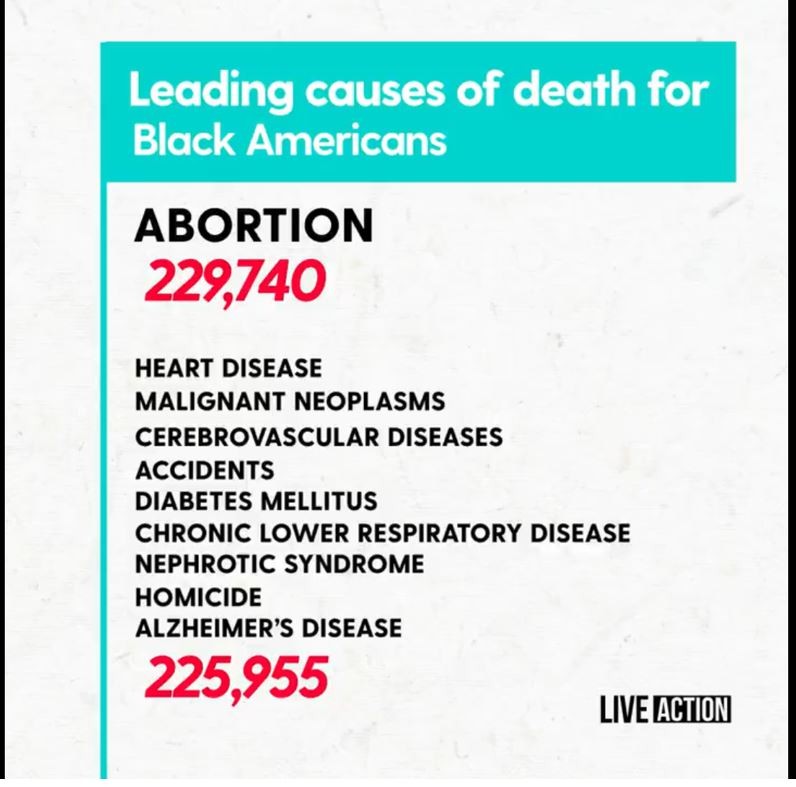 According to the Centers for Disease Control, just 12 percent of the U.S. population accounts for an astonishing 36 percent of abortions.

Another 18.5 percent of abortions are committed on Hispanic women, who make up 18 percent of the population.

This means that black abortion rates are 3.6 times higher than white abortion rates, in large part because the abortion industry continues to target blacks. Studies have shown over and over that Planned Parenthood and other abortion purveyors overwhelmingly favor black and minority communities for locating the clinics.

Last year, Rev. Clenard Childress Jr., a leading black pro-life advocate, denounced the NAACP for its support for abortion, noting that nearly 1,800 unborn black babies are aborted every day, proportionately more than of any other race. 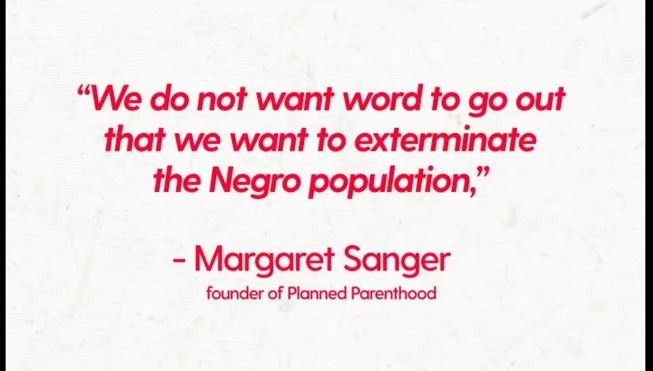 Why is it that the NAACP, among America’s most prestigious defenders of civil rights, is silent before the devastating effects of “eugenic policies perpetrated upon people-of-color,” Childress asked, when the country’s leading abortion provider, Planned Parenthood, continues working to winnow out the black community through abortion?

Since the 1973 Supreme Court case of Roe v. Wade, the United States has witnessed “a holocaust where over 20 Million African American children have been systematically annihilated by abortion and thus denied access to the American Dream,” Childress said.