Rising crime in Atlanta has driven community members of Buckhead, a wealthy residential and commercial suburb of the city, to pursue separating off of Atlanta to create Buckhead City, which would have, among other typical city features, its own police department.

The grassroots effort has gained traction in recent months, resulting in the formation of the Buckhead City Committee, a 501c4 that is now formally seeking Buckhead cityhood.

The committee launched the process to deannex Buckhead from Atlanta this year by sending notice to Mayor Keisha Lance Bottoms (D) and having state lawmakers introduce two cityhood bills, a Senate and House version, into the Georgia General Assembly on March 31, the last day of legislative session. Because cityhood requires two sessions’ worth of review, the Assembly will pick the bills back up when the next session begins in January and possibly vote on them later in the year. The bills would allow for Buckhead’s approximately 90,000 residents to vote on cityhood via ballot referendum in November 2022.

Buckhead City Committee CEO Bill White likened the move to a marriage divorce, telling Breitbart News, “At a certain point you realize you have — literally they call it ‘irreconcilable differences’ — and the only way to civilly handle that is to file for divorce in a marriage.” 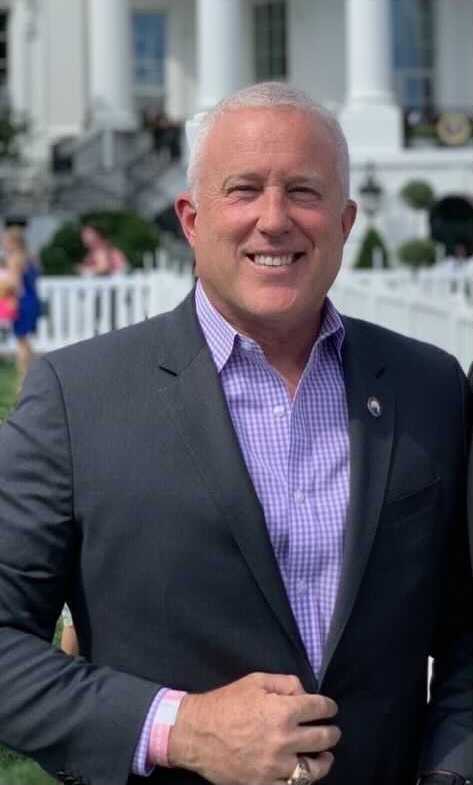 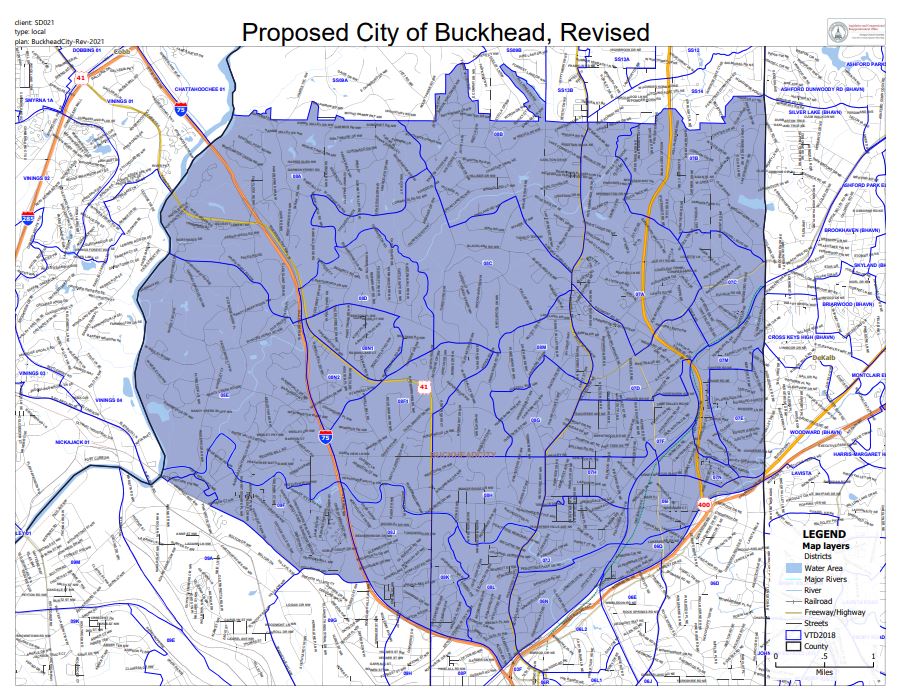 White said he believes Lance Bottoms — who made an unexpected announcement in March that she would not seek reelection this year — has used the “politics of the day” to excuse the surge in crime in her city rather than productively address it.

“There is no leadership here in Atlanta,” he said. “No one is taking any corrective kind of actions on resources for police, allowing them to do their job.”

The Atlanta Police Department saw a wave of resignations last year during a time when anti-police sentiment was swelling nationally after the death of George Floyd at the hands of a Minneapolis police officer. Protests against police brutality in major cities across the country, including in Atlanta, often called for defunding or abolishing police departments, and destructive and violent riots periodically broke out from the protests. In one scene, an Atlanta police car was set on fire among a crowd of protesters; in another, frozen water bottles, fireworks, and rocks were pelted at Atlanta officers. The same behavior occurred on a national scale throughout last summer.

A spokesperson for the Atlanta department told a local outlet in December that it had about 1,600 officers employed out of what should be a force of 2,000. Officers leaving was “not out of line with what we are seeing with numerous departments across the nation today, due to the current climate surrounding policing in United States,” the department said at the time.

The short-staffed department coincides with a dramatic spike in crime. Atlanta Police Department statistics show murders in the city are up nearly 60 percent over last year. White said he receives reports from Atlanta’s Zone 2, which covers north Atlanta where Buckhead is situated, and said murder there is up 133 percent since 2019. It is unacceptable, he said, particularly for an area comparable to “the Beverly Hills of Georgia.”

Buckhead has often been ranked as one of the wealthiest communities in the south. The heart of the district is dense with shopping and office space and padded by upscale neighborhoods. An Atlanta Journal-Constitution analysis found a proposed Buckhead City would be 74 percent white and have an average median income of around $140,000, and the city would take with it about 40 percent of Atlanta’s entire value.

“Our [agenda], which is irrespective of politics, is just taking control back of our city,” White said. He provided several examples of recent local crimes, such as joggers who were targeted and shot at in June with one injured, and a man taking out his trash who was intentionally run over by a vehicle and will now require leg amputation.

White, a former CEO of New York’s Intrepid Sea, Air & Space Museum for about 20 years, said “there’s a lot of excitement” for the cityhood cause. Fundraising has also been promising for the committee. One event to put out feelers that committee members and several state lawmakers attended produced close to half a million dollars, White said. He added that “the support everybody saw there was like, ‘Holy cow, this thing is happening.’”

The Atlanta mayor is among some voices who object to Buckhead’s deannexation. Bottoms told the Buckhead Rotary Club in April, “In creating a new city, you’re not building a wall around the city.” She asserted, “It doesn’t address crime,” and added that the way to address the “COVID crime wave” is to “continue to work together as we have done for decades, as a city, as one city.”

White, however, said Bottoms has been complacent. “Worst mayor in history,” he said. “She could be the best mayor in the history of Atlanta … but she’s asleep at the switch. I don’t know what she’s doing.”