An Instacart delivery driver allegedly ran over an elderly Minnesota couple’s groceries and scribbled “f— the police” on their receipt after police say she observed a sign in the front yard supporting local law enforcement.

The incident occurred in Blaine, Minnesota, on December 6, according to a press release from the Blaine Police Department. 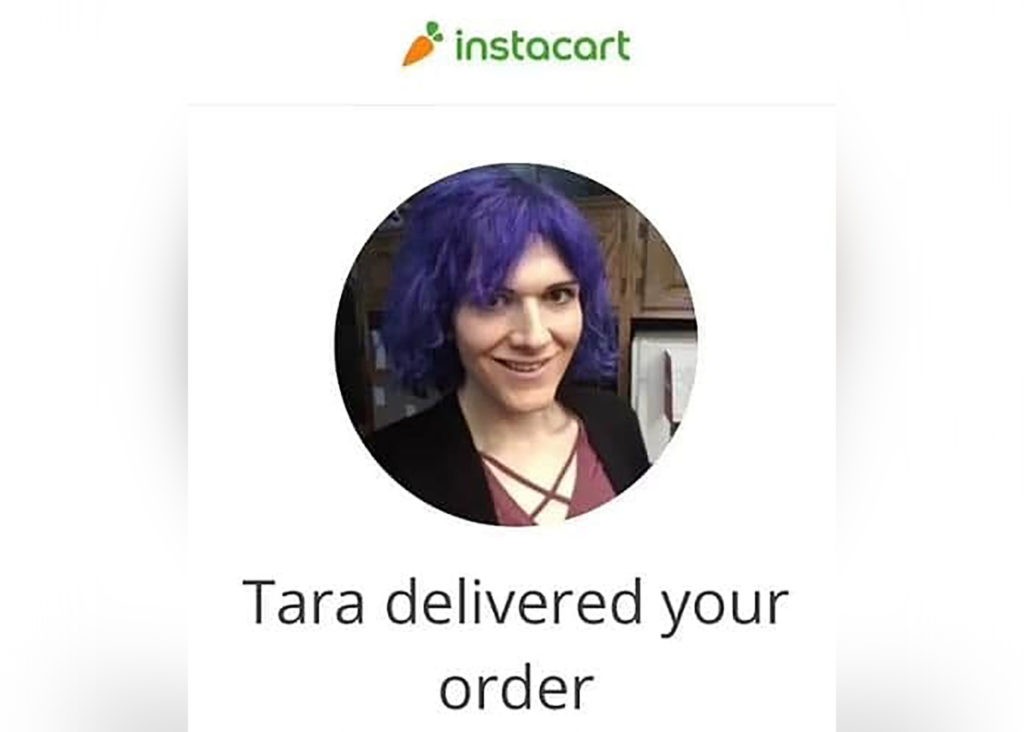 After receiving a notification that their delivery driver had arrived, the couple went outside to greet Plum as they did not want her pulling in the snow-covered driveway and getting stuck, according to Blaine police. Upon opening the door, she yelled at them to check inside of their Christmas wreath and repeatedly drove up and down the driveway; after she left, the couple found their groceries were run over in the driveway, police say.

The couple checked the wreath and found a receipt with a message that reads, “Instacart doesn’t pay employees sry find another slave f— the police racist pigs,” according to Fox 9. 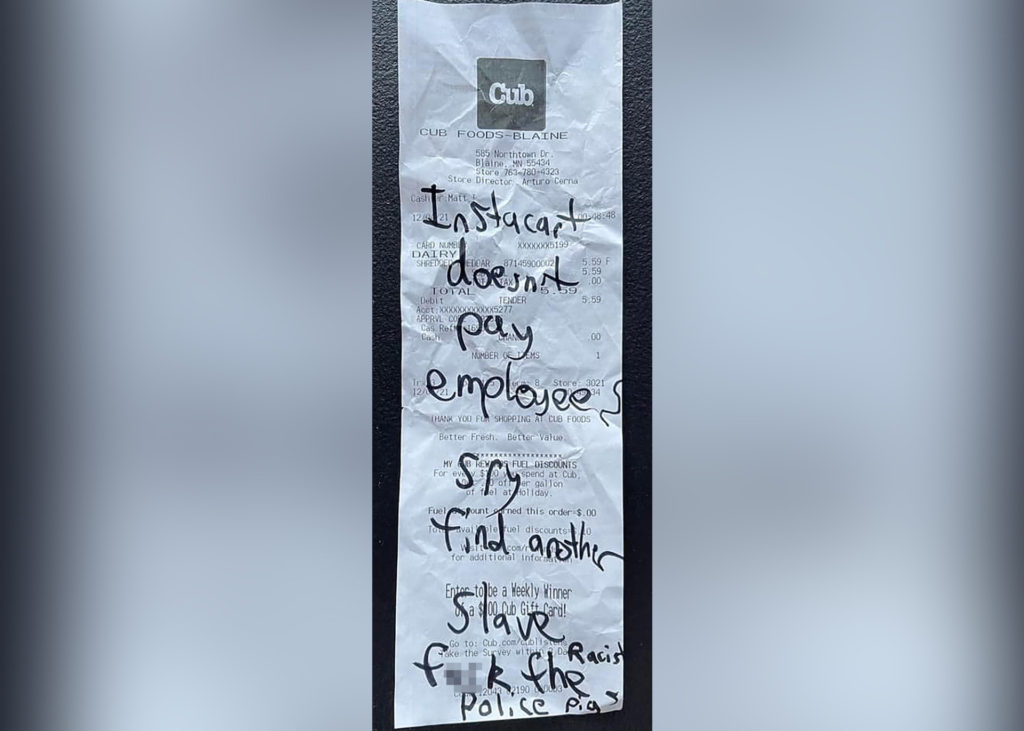 “After reviewing the context of the written message it appears that the delivery driver’s actions were in response to a sign supporting law enforcement that is in the homeowner’s front yard,” the Blaine Police Department wrote in its release.

The sign simply read, “Thank you Blaine PD,” according to Fox 9. 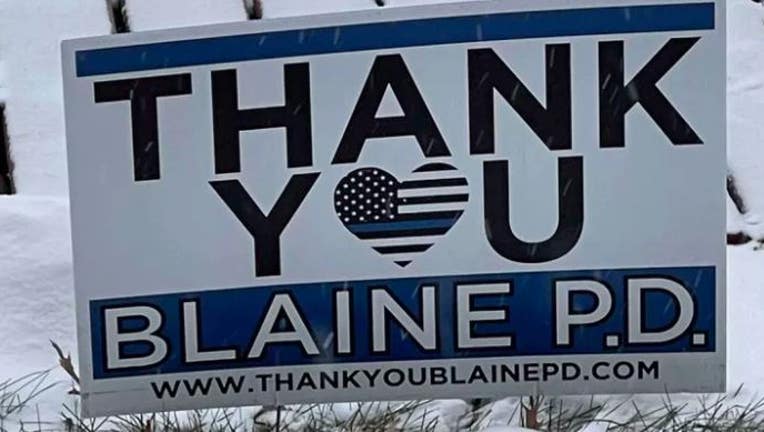 “It’s unfortunate something like this would happen, particularly at this time of year,” said Blaine Police Chief Brian Podany, per Fox 9. “You know, this is the holiday season and we should be taking care of each other.”

“We’re law enforcement we get not everybody likes us, and we understand that but don’t take it out on innocent people out there,” he stated.

The incident remains under investigation but does not constitute a hate crime, Boerboom told the Star Tribune. “We would have to prove the act was committed based on the victim’s perceived race, color, religion, sex, sexual orientation, disability, age or national origin,” he said.

A court date has not yet been set.

An Instacart spokesperson said that Plum no longer works for the company, the Star Tribune reports.

Instacart reimbursed the couple after the incident, and a younger family member set up a grocery fund on GoFundMe for the couple, according to the Star Tribune. The site raised $13,920 before the page organizer Amber Gray disabled new donations.

“We continue to be blown away by the amazing support!” Gray wrote in a December 14 update on the page. “Not only will this provide help with groceries and other necessities for a long time to come but your generosity will also go towards current and upcoming medical expenses.”