The Justice Department (DOJ) reportedly sent a secret letter to President Joe Biden’s personal attorneys to search his multiple residences for classified documents after the trove at the Penn Biden Center was unearthed on November 2.

The search for wrongdoing was widened after the DOJ and Biden’s personal attorneys agreed to hide the scandal from the American people.

The New York Times reported Friday that “[t]he quiet cooperation continued for weeks” between the aides and the DOJ. This not only tried to obscure the scandal from public view but reportedly refused to divulge that the second trove of classified documents was already unearthed at Biden’s home in Wilmington when CBS News first contacted the White House about the initial leak of classified documents stored at the Biden Penn Center.

It was then, during the plot to keep the scandal concealed from the public, the DOJ sent a letter to Biden’s personal attorneys and asked them to confirm that no other classified documents existed apart from the trove already unearthed, the Times reported.

It is unclear why or what Biden’s personal attorneys were originally seeking at the center funded in part by anonymous Chinese donations. The White House has refused to provide transparency on the unanswered mystery.

Only after about 25 classified documents — some of which are top secret — were found between three locations and publicly reported did the DOJ appoint a special counsel, a move Biden’s aides reportedly were trying to prevent.

Reported suspicion exists within the White House about how the scandal became public after it had been tightly under wraps for 68 days between eight of Biden’s closest aides and the Justice Department.

The president’s senior adviser, Anita Dunn, was most “adamant” about hiding the legal disaster from the American people because “the only thing that would create legal exposure would be drawing public attention to it,” the Times reported. The plot to keep the scandal hidden from the public was further fueled because the aides worried that “the very act of publicizing the discovery of the documents would create a political furor that would make the appointment of a special counsel unavoidable.”

That the Biden administration tried to conceal the scandal contradicts its claims of transparency. “There was transparency in doing what you’re supposed to do when these items were discovered,” White House press secretary Karine Jean-Pierre falsely claimed on January 12. 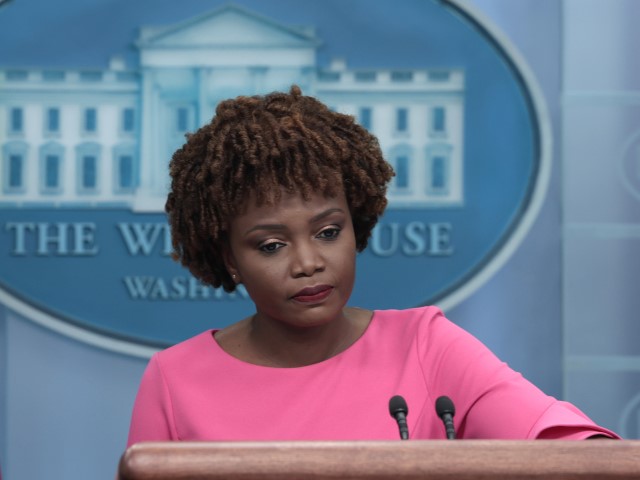 “Look, guys,” Jean-Pierre continued to stonewall Tuesday, “You guys can ask me this 100 times, 200 times, if you wish. I’m going to keep saying the same thing,” she added. “I hear your question. It’s been asked. It’s been answered. It’s been noted.”