Several states are looking at Christmas tree shortages ahead of this year’s holiday season, according to reports.

Vendors in Sacramento, California, are expected to be affected by supply chain issues in addition to droughts and fires in nearby Oregon where many vendors in the Sacramento area get their trees, according to CBS Sacramento.

Chad Ericson owns Chad’s Christmas Trees in the Sacramento area and says the droughts and fires are a significant factor in this year’s shortage of trees.

“The reason for the shortage, of course, is for the drought, fires. The weather, this year as terrible,” Ericson told CBS Sacramento. “A lot of the bigger buyers, Home Depot or Lowe’s, we don’t expect them to have as many trees.”

Ericson expects five or six truckloads, carrying 500 trees a pop, to be delivered to his lot, and he says some of the trees may be burned, according to CBS Sacramento.

“If they do see a burnt spot on the tree, doesn’t mean the tree’s dead by any means, it just means the side of the tree got cooked for seven days straight. It’s not used to that,” Ericson told the outlet.

The American Christmas Tree Association (ACTA) says that some tree farmers in the Pacific Northwest lost 90 percent of their crops as a result of droughts and heatwaves. 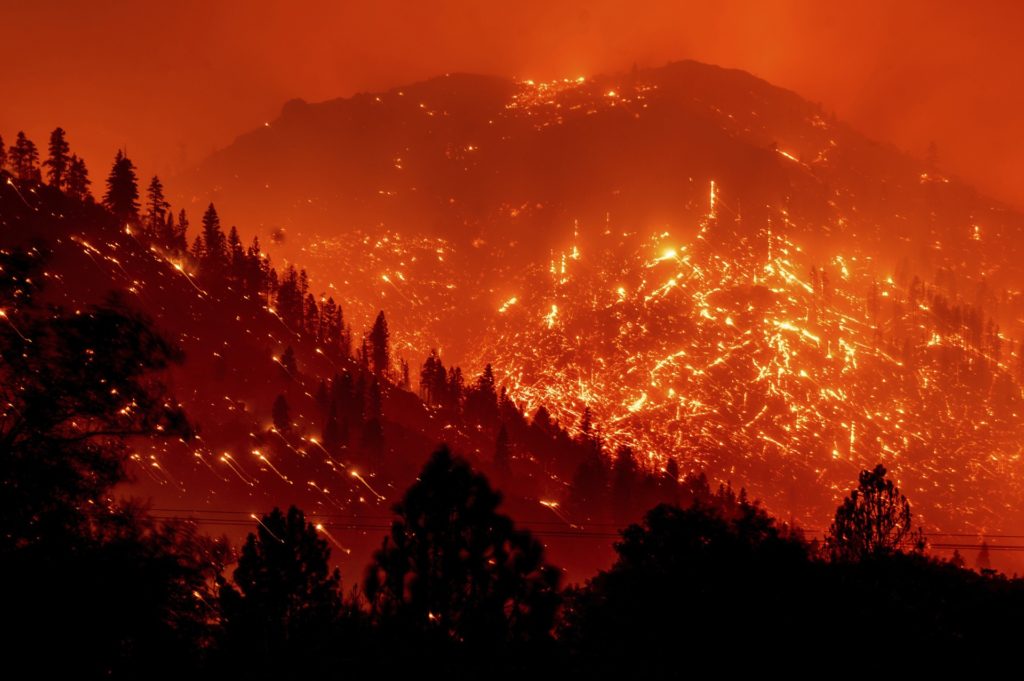 In this Aug. 17, 2021, file photo, embers light up hillsides as the Dixie Fire burns near Milford in Lassen County, CA. World leaders have been trying to do something about climate change for 29 years but in that time Earth has gotten much hotter and more dangerous. (AP Photo/Noah Berger, File)

Droughts in states like Oregon and Washington are not the only weather-related issues that affected tree supply this year. Cowboy State Daily says Wyoming and other states nationwide will be affected by a cold snap that took place in Wisconsin and froze trees, causing needles to turn brown.

Christmas tree shortages are not just confined to live trees as supply chain issues have played a role in the limited availability of artificial trees, according to the ACTA.

“The artificial Christmas tree supply is also facing challenges this year,” the ACTA stated in September. “The COVID-19 pandemic and ongoing economic recovery has overwhelmed the U.S. supply chain with increased demand for consumer goods, raw materials, and transportation.”

“This supply chain overload means that there will be fewer artificial trees available for consumer purchase this season, and those that are available will come with a higher price tag,” the ACTA added.

Mike Capp, who owns Taylor Creek in Green Bay, WI, said that many shipments of artificial trees, which generally arrive in early fall, still have not arrived due to worker shortages, according to an October 24 article from NBC 26. 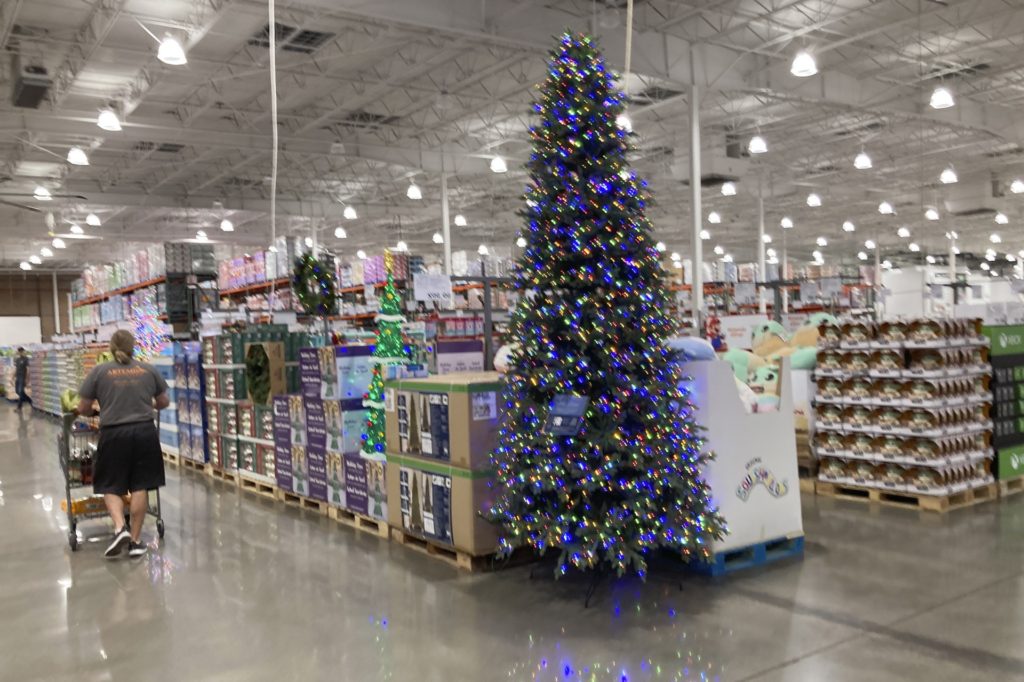 A lone shopper pushes a cart past a display for Christmas sales in a Costco warehouse late Thursday, Sept. 23, 2021, in Lone Tree, CO. Companies that typically hire thousands of seasonal workers are heading into the holidays during one of the tightest job markets in decades, making it unlikely they’ll find all the workers they need. (AP Photo/David Zalubowski)

“We do have trees in stock it’s just we don’t have our full selection,” Capp told NBC 26. “Something might be in clear lights and they want it in multi or the other way around or different heights in trees because we go from four and a half feet to twelve feet tall.”

Inflated shipping costs are causing Capp and other retailers to increase prices on artificial trees, according to NBC 26. Capp says his artificial trees will see a five to ten percent price increase as a result.

The ACTA recommended consumers purchase their trees early this year.