With gas prices reaching prices triple the cost consumers paid in 2020, eight Democrat senators sent a letter to the White House to request the president to take action.

“In light of these pressing concerns, we ask that you consider all tools available at your disposal to lower US gasoline prices. This includes a release from the Strategic Petroleum Reserve and a ban on crude oil exports,” senators wrote.

“Continued US exports and overseas supply collusion could be devastating to many in our states,” the group continued. “In light of these pressing concerns, we ask that you consider all tools available at your disposal to lower U.S. gasoline prices. This includes a release from the Strategic Petroleum Reserve and a ban on crude oil exports.” 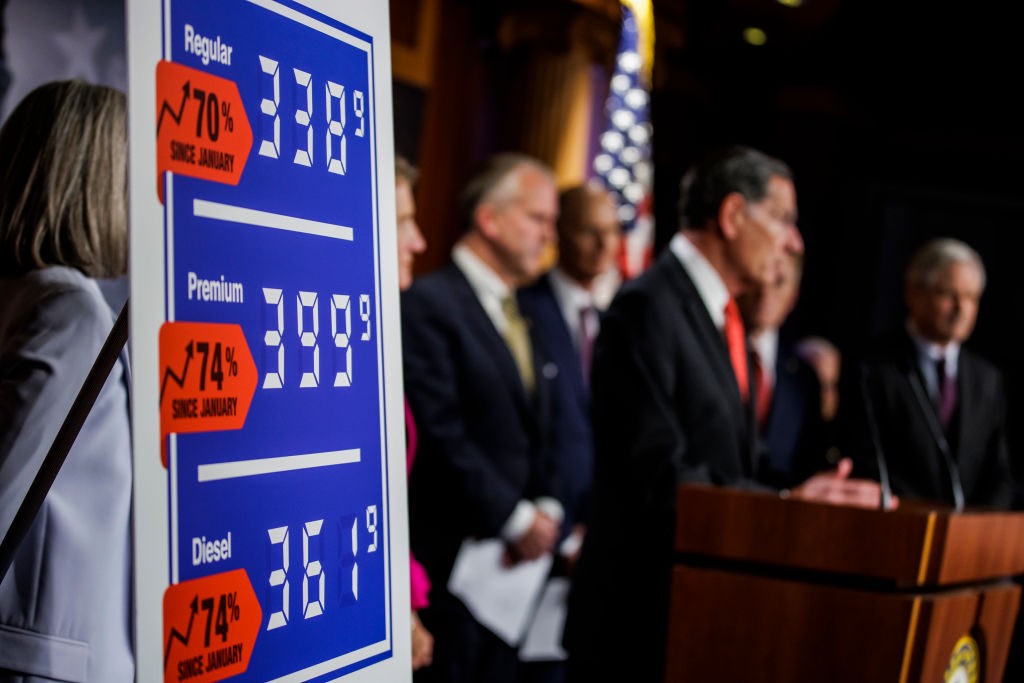 A poster showing gas price increases is seen as Sen. John Barrasso (R-WY) speaks alongside other Republican Senators during a press conference on rising gas an energy prices at the U.S. Capitol on October 27, 2021 in Washington, DC. ( Samuel Corum/Getty Images) 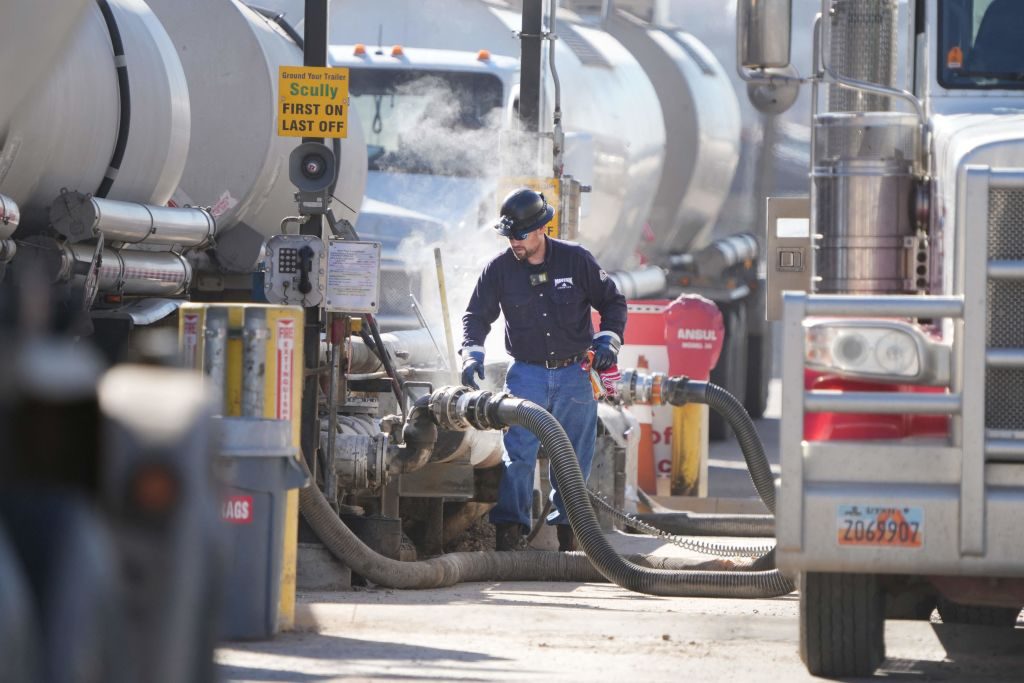 Oil tankers drop off crude oil to be refined into gas at the Marathon Oil Refinery in Salt Lake City, Utah, on October 29, 2021. Prices for gasoline rose 3.9 percent in September 2021, while overall energy prices are more than 36 percent higher than September 2020, without seasonal adjustment. (GEORGE FREY/AFP via Getty Images)

Despite the increasing expense for American families and workers to fuel vehicles, the White House has blamed OPEC’s supply of oil while attacking domestic production and transport.

On Sunday Energy Secretary Jennifer Granholm suggested gas prices may reach $4.00 per gallon because OPEC is not responding to the Biden administration’s calls for more supply to meet demand.

“The president is all over this. Of course, every president is frustrated because they can’t control the price of gasoline, because it’s a global market. You can call upon increased supply, which he has done,” Granholm claimed. “And OPEC is, unfortunately, controlling the agenda with respect to oil prices. OPEC is a cartel and it controls over 50 percent of the supply of gasoline.”

Gas prices across the U.S. are at their highest since late 2014 with shortages predicted ahead of the Fourth of July holiday weekend. https://t.co/tGpRYEssKb

Biden placing blame on OPEC for the skyrocketing gas prices comes as he weighs whether to cancel another oil pipeline. In January Biden canceled the  Keystone XL oil pipeline that would have transported up to 830,000 barrels per day. On Monday, the White House confirmed the administration is considering shutting off another pipeline in Michigan to appease Indian tribes.

“Yes, we are,” White House deputy press secretary Karine Jean-Pierre acknowledged Tuesday when asked if the pipeline was under consideration to be canceled.