If Cordray accepts the nomination and is confirmed by the Senate, Cordray would be a powerful overseer of big banks and financial institutions. Cordray would replace at the end of this year Randal Quarles, the vice chair of the Federal Reserve for supervision since 2017.

During Cordray’s tenure, the CFPB tightened consumer finance by clamping down on mortgage lenders’ underwriting standards, along with instituting transparency among credit card companies and hard lenders.

NEW: @SenSherrodBrown confirms that he is talking with WH about @RichCordray for Fed vice chair of supervision.

But he says “there are a number of people” in the mix for the Fed’s three open seats. Hints at two-week timeframe for nominations.

Cordray’s directorship ended at the CFPB in 2017. He then ran for governor of Ohio and lost to Gov. Mike DeWine (R). Before his CFPB appointment, he ran for the House in 1992 and the Senate in 2020 and lost both times. After defeat, Cordray served as Ohio’s treasurer and solicitor general.

Biden’s nomination of Cordray would likely please Sen. Elizabeth Warren (D-MA), who sits on the Senate Committee on Banking, Housing, and Urban Affairs. Warren told the WSJ the position should belong to someone who “has the insight to recognize how important regulation is to the effective functioning of the financial markets and has the courage to follow through on that insight.” 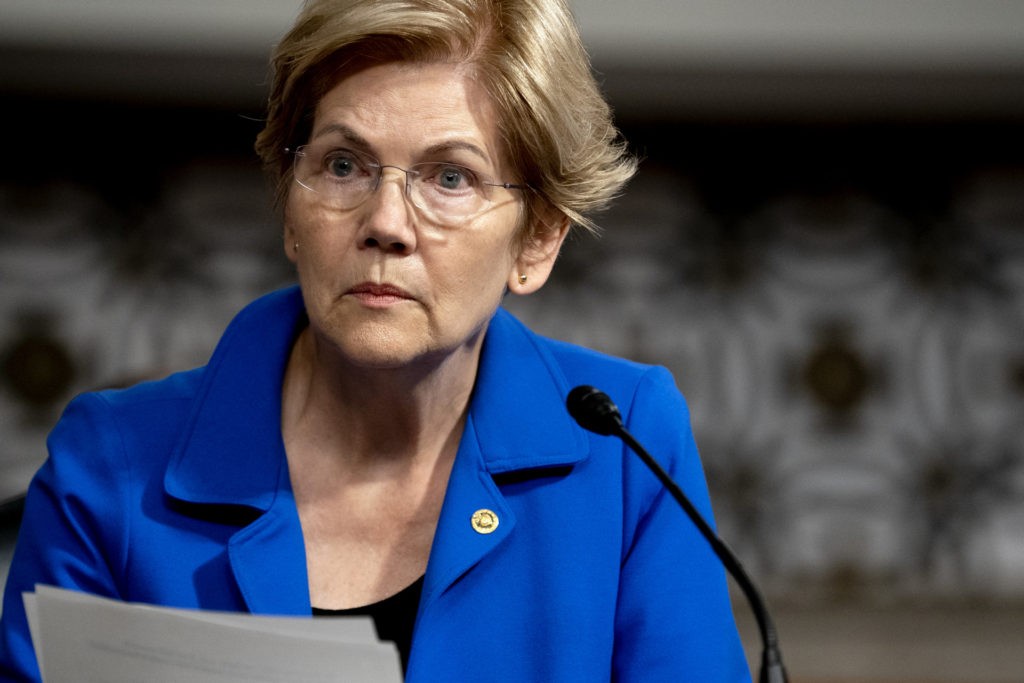 Sen. Elizabeth Warren (D-MA) speaks during a Senate Armed Services Committee hearing on the conclusion of military operations in Afghanistan and plans for future counterterrorism operations at the Dirksen Senate Office building on Capitol Hill on September 28, 2021 in Washington, DC. (Photo by Stefani Reynolds-Pool/Getty Images)

Warren is known as a big bank critic and an advocate for increasing oversight on multinational corporations that pay a small effective tax U.S. rate while middle class Americans pay a larger percentage.

Warren, however, supports Biden’s nominee for the Treasury Department’s Office of the Comptroller of the Currency, Saule Omarova, who proved too far left to be confirmed and is opposed by five Senate Democrats and all Republicans, dooming her nomination in an evenly divided Senate.

Biden has had trouble filling several top financial posts. The Federal Housing Finance Agency is currently run by an Acting Director while other nominations remain pending.