Almost 685,000 foreign visitors stayed in the United States past their legally required departure date in the 12 months up to September 30, 2020, according to a report released January 10 by the Department of Homeland Security (DHS).

Yet President Joe Biden’s appointees at DHS — left by secretary Alejandro Mayorkas — are now reducing protections against “overstay” illegal migrants, many of whom take jobs from Americans, says Jessica Vaughan, the director of Policy Studies for the Center for Immigration Studies:

Much of the attention of policymakers is on the border itself, the land border, and not enough on the side doors through which people come with a visa but then end up staying here illegally. These overstayers are a very significant chunk of the illegal population. We don’t know exactly how many there are, but we know it’s at least 40 percent [of the illegal population, and] they tend to be more white-collar workers because they had to qualify for a [visitor or work] visa in the first place.

President Donald Trump and his deputies launched programs to reduce the overstay population, she added. But Mayorkas and his allies have rolled back those protections, such as penalties for overstaying graduates from U.S. colleges, she said:

Now, we have Biden loosening standards for issuing the non-immigrant visas and broadcasting that immigration enforcement in the interior area has been nearly snuffed out by policy. So we should be very concerned that for the foreseeable future, there are going to be even more people trying to get these visas to get into the country because they know that if they get here, they’ll be able to stay in all likelihood. I expect the problem to get much worse.

In December, two GOP Senators charged that officials delayed the release of the September 2020 report. The purpose of the delay was to protect the Democrats’ unpopular amnesty proposals within the pending Build Back Better spending bill, the two Senators claimed.

In 2021, Biden and his deputies allowed roughly 1.5 million migrants into the United States — or almost one migrant for every two children born during the year. That huge population included roughly 500,000 illegals, a few hundred thousand legal immigrants and visa workers, at least 50,000 refugees, plus 671,000 migrants who were allowed across the southern border under an expanding variety of legal pretexts, such as asylum or family reunification.

The additional numbers for the visa overstays in Biden’s first eight months will not be released until at least September 2022. 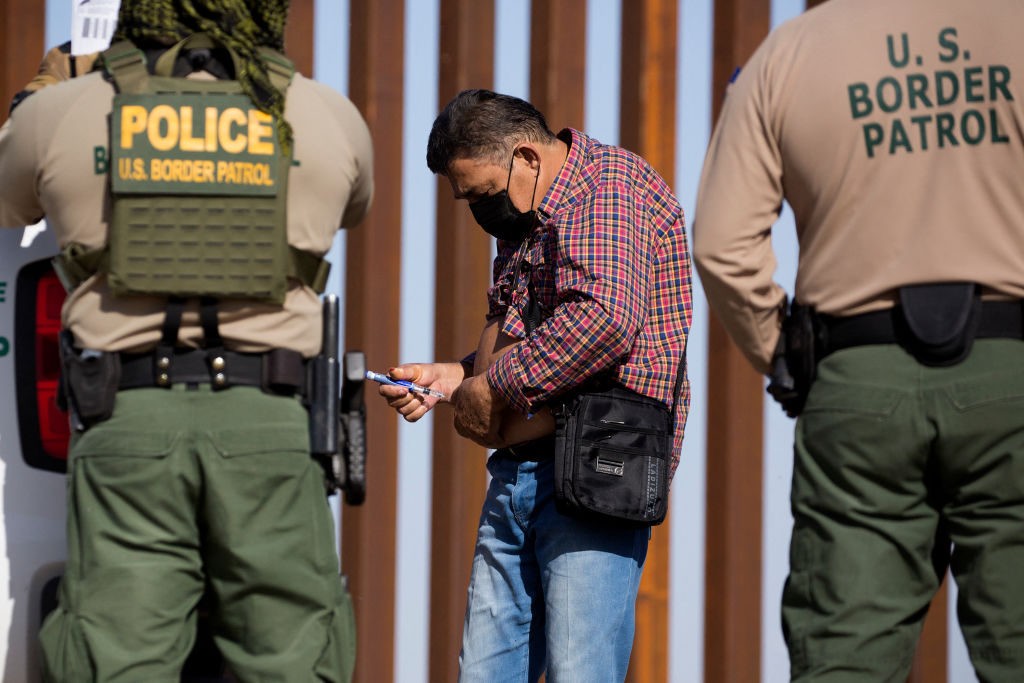 A migrant from Colombia injects himself with insulin after crossing the United States and Mexico border to turn himself over to authorities on May 13, 2021 in Yuma, Arizona. (RINGO CHIU/AFP via Getty Images)

GOP legislators rarely complain about — or vote against — visa overstays, partly because the overstay migrants help businesses by serving as workers, consumers, and renters. Instead, GOP leaders prefer to spotlight the border chaos to help boost the election-day turnout of their electoral base.

The 2020 visa overstay numbers are unique. They include numbers from five months before the coro0nanvirus disaster and then from seven months when few visitors were allowed and many visitors were in no rush to return home. The DHS report says:

Roughly one-third of the overstays return home after one year, the report noted:

For nonimmigrants who entered on a student or exchange visitor visa (F, M, or J visa), the FY 2020 Suspected In-Country Overstay rate is 1.55 percent of the 1,801,550 students and exchange visitors scheduled to complete their program in the United States.

The report noted that 19,044 Indians overstayed their visas, including roughly 4,112 with F, M, or J work-eligible visas. That number is significant because Indians provide a huge share of the temporary foreign workers in Fortune 500 jobs — and a large share of the white-collar illegal population.

The overstays also include 73,000 Mexicans:

The report hid the data about overstays by foreign workers who legally enter B-1/B-2 visas but then illegally take jobs. The rate of B-1/B-2 overstays is high for visitors from Chile, France, Poland, China, Egypt, the Philippines.

Many polls show that Americans want to like immigrants and immigration. But the bipartisan federal government has exploited that openness since 1990 to extract tens of millions of migrants from poor countries to boost U.S. businesses as workers, consumers, and renters. 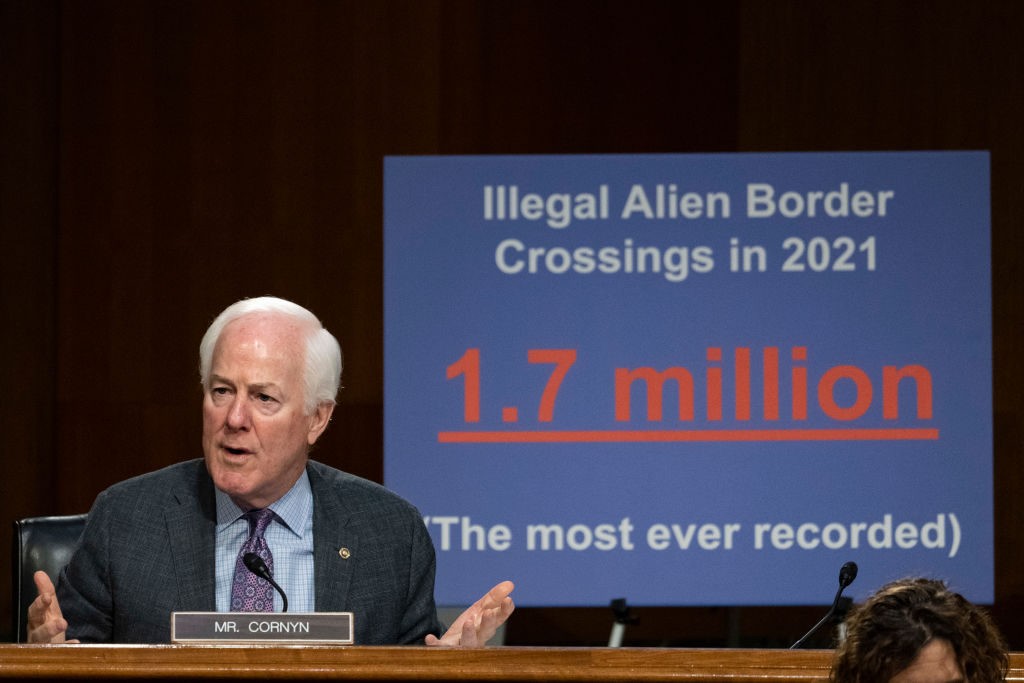 That economic strategy is harmful to ordinary Americans: It cuts their career opportunities and their wages while it also raises their housing costs.