President Joe Biden’s deputies are inviting even more foreign college graduates to take U.S. white-collar jobs, just as they have opened the southern border to roughly one million blue-collar migrants in 2021.

“It is a punch to the gut” for American graduates, Rob Law, the director of regulatory affairs and policy at the Center for Immigration Studies, told this Breitbart News reporter. He continued, “The government has decided that it is in the interest of their donors to get their own unlimited supply of foreign workers outside of the normal [immigration] channels. So, congratulations. If you got a STEM degree [science, technology, engineering, math], you aren’t likely to get a job in STEM, and you’re probably not getting any job that will allow you to pay off your student loans.”

The four-sided jobs giveaway will also allow many more foreign graduates into a wider variety of non-technology careers, including many jobs sought by women graduates, Kevin Lynn, founder of U.S. Tech Workers, noted. The careers being opened up to migrants include forestry, data visualization, environmental studies, and organizational psychology, he said.

“It’s an extreme overreach by agencies over the Congress, which writes the laws on immigration,” Lynn added.

The January 21 announcement was leaked to business-oriented media outlets — the Wall Street Journal and Forbes — and it seeks to implement many of the provisions in the administration’s January 2021 immigration expansion bill. The bill was blocked by public opposition, and its core provisions were then copied into the Build Back Better bill, which is also blocked.

The announcement is being applauded by business advocates for migration, including the American Immigration Council. Many investors and business groups — especially Mark Zuckerberg’s FWD.us investors’ group — have been lobbying similar rules that would give them more foreign contract workers. 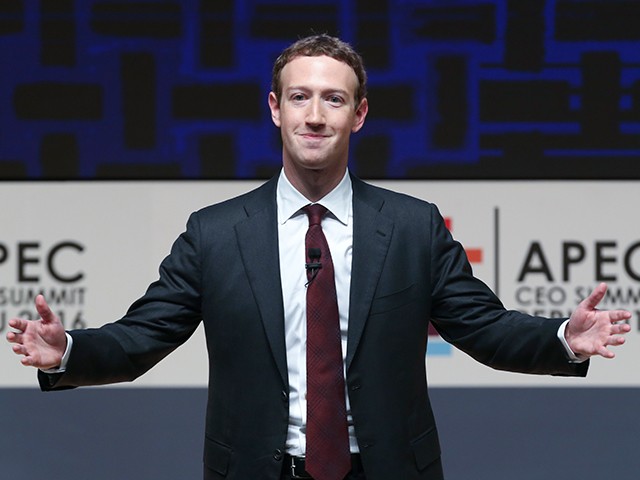 Current rules allow companies to keep a population of more than 1.5 million mid-skilled, non-immigrant, foreign white-collar workers in jobs sought by the large population of skilled U.S. graduates. That huge population is more than enough to prevent a tight labor market in white-collar professionals, so tilting the playing field towards the Fortune 500’s executives and shareholders.

Many of these non-immigrant, temporary workers occupy subcontracted, lower-wage, short-term gig jobs for a wide range of Fortune 500 companies that once were the first steps for U.S. graduates towards a middle-class life.

These imported mid-skill workers are held in thrall to U.S. C-suite executives by their hope of getting hugely valuable green cards for themselves and all their descendants. While they work in the hope of getting green cards, these workers have no practical legal or workplace rights and often must work under imported Indian managers who maintain Indian-style work culture — including subservience, plus sexual, caste, and racial discrimination.

The process of sponsoring foreign workers for green cards is “highly susceptible to fraud,” says a 2020 report by the Department of Labor’s Inspector General. The process “relentlessly has employers not complying with the qualifying criteria,” the report said, echoing decades of systemic fraud described by cops, federal agencies, embassy officials, and advocates for Americans. This abused workforce is managed via routine bribes and kickbacks to hiring managers.

The visa-worker system is complex, loopholed, crowded, slow, and fractured, Law said. But the uncertainties encourage foreign visa workers to keep coming for U.S. gig jobs in the hope of eventually getting the huge prize of green cards, he said. “The endgame is if you stick around long enough, eventually you’ll find an immigration attorney that will hook you up with some sort of status that will ensure that you’re here forever,” Law said.

Executives use this vast and powerless green card workforce to weaken the workplace power of the U.S. progressional class. In recent years, business scandals have shown that U.S. professionals lose arguments with the C-suite executives for decent salaries, product quality, innovative research, data privacy, information security, or for corporate compliance with federal law, including lawsuits — partly because the executives believe the green card workforce generates short-term stock-market gains for executives and their investors.

Biden’s deputies are justifying the new giveaways by saying they are good for economic growth — but they say nothing about the programs’ costs, including the damage to Americans’ wage and workplace authority. For example, Ur Jaddou, the director of the U.S. Citizenship and Immigration Services (USCIS) agency tweeted:

Wages for most STEM fields lag typical wage growth (which was lousy by the way).
No justification for adding more easily-exploitable guestworkers to labor markets where wages are flat

Biden’s deputies claim Congress gave them the power to award work permits to foreigners: “The Secretary … has broad authority to determine which individuals are authorized for employment in the United States. See INA Sec. 274A(h)(3), 8 U.S.C. 1324a(h)(3).” That legal claim is weak, but the Supreme Court dodged the issue in 2020, critics say.

The new policy expands the Optional Practical Training (OPT) program, the J-1 visa, the O-1 visa and opens a path for additional foreign graduates to ask for green cards from their homelands.

The uncapped OPT program allowing universities to trade work permits last one year or almost three years to roughly 400,000 foreign graduates each year in exchange for out-of-state tuition fees. Federal officials tell judges that the OPT work permits are just training opportunities — but they are the primary route for foreign graduates to get into the U.S. labor market and eventually win a green card.

“OPT is billed as a ‘practical training’ program [but] all it does is offer financial incentives to bypass the American workforce,” a statement from the Federation for American Immigration Reform said. “It contains no requirements to pay the prevailing wage, or any requirements to protect domestic workers … American workers — especially recent college graduates — deserve a fair chance at the jobs and wages they deserve.”

President Donald Trump constricted the OPT program, which is worth perhaps $30 billion a year, to the universities.

But Biden’s deputies are expanding the program by allowing foreign graduates to get three-year work permits for 22 additional careers. The extra careers include non-STEM careers such as “general forestry,” as well as careers sought by women graduates, such as data visualization, environmental studies, and organizational psychology.

Secondly, the administration is also expanding the Department of State’s J-1 visa program, which many nonprofits and universities now use to recruit low-wage laboratory personnel, researchers, and teachers instead of hiring Americans. The uncapped J-1 program will now be opened to businesses, allowing them to import more foreign graduates. This work program is uncapped and is justified as a non-work “cultural exchange” opportunity.

Third, Biden’s people are also lowering the standards for the O-1 “genius visa” program, which has been reserved for particularly accomplished people.

Fourth, the announcement also lowers the standards needed to win an agency exception — dubbed the “National Interest Waiver” (NIW) — from the normally high-bar facing people who ask for green cards from overseas.

The current NIW rules say that candidates need to have “exceptional ability,” but the language announced January 21 suggests  that candidates merely have “a bachelor’s degree plus five years of progressive work experience in the field … [or] a degree of expertise significantly above that ordinarily encountered in the sciences, arts, or business.”

By lowering the standards, agency leaders can pressure the adjudicators to rubber-stamp more requests from foreign graduates, Rob law, who served as a top official in the USCIS under Trump, said. “When a denial is issued or [the adjuidicator] requests more evidence, you’re going to have an immigration attorney complain and tweet about it. And then Mayorkar and Jaddou are going to bully and belittle these adjudicators, and at that point, it’s not really worth the hassle for adjudicators to deny actually this waiver. … The law and eligibility requirements do not matter anymore. There is only one correct answer, and it’s, ‘Get to yes.'”

The federal government does not track the number of H-1B workers. Many of the workers stay in the United States for many years before they get green cards, so the resident population has been pegged at nearly one million. But the program is open to fraud, so the many additional people — including people who illegally overstay their visas — may be working under faked or duplicate H-1B permits. 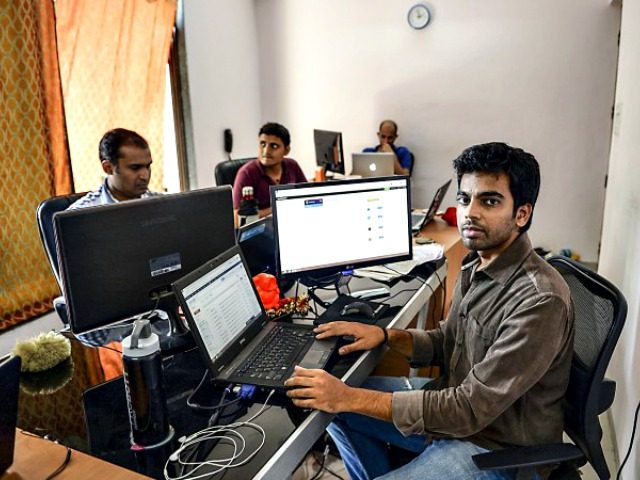 The population of illegal white-collar workers is also boosted by the unsupervised and uncapped B-1/B-2 program. The program allows foreign graduates to legally visit for six months of training — but they are not supposed to work. However, many of the temporary visitors do work, partly because U.S. pay rates are far above rates in their home countries.

The January 21 announcement was made one year after Biden’s deputies released their immigration-expansion bill. The bill has been stalled by public opposition in Congress, but some of the core provisions are included by the January 21 regulatory changes.

“A handful of Republicans get it and are willing to vocalize what’s going on here,” Law said. But, he added, “too many elected Republicans are still beholden to the donor class and care more about the campaign dollars than their constituents.”

Many U.S. journalists on the immigration beat ignore the controversial economics of migration and prefer to focus on the family drama of migrants at the border or trying to avoid deportation. Among journalists, “there is a complete lack of intellectual curiosity and [nearly] everybody is playing off of the same talking points that are produced by the same higher-ups,” Law said. “That’s the narrative that they run with, in lockstep.”

One would think that DHS is investing in domestic STEM talent based on the tweet below. What they’re really doing is expanding the cheap labor pipeline for Big Business using student visas. Notice the omission of “foreign student” in the tweet to conceal this fact. https://t.co/g7kN0ctzCB

That economic strategy has no stopping point, and it is harmful to ordinary Americans: it cuts their career opportunities and their wages while it also raises their housing costs.

The strategy also curbs Americans’ productivity, shrinks their political clout, and widens the regional wealth gaps between the Democrats’ coastal states and the Republicans’ Heartland states.