Anyone who thinks conservatives can’t rock it out has clearly not come across Jeremy Dodge – a conservative activist with attitude and an abundance of talent. When Jeremy first joined BigDawg Music Mafia and shared his Tea Party hit I Am American and Stand Up, the fans couldn’t get enough. The demand from fans for more has Jeremy back in the studio as we “speak” working on some new songs which will, no doubt, be every bit as kickin’ as his others.

As with the majority of the conservative artists in the Tea Party movement, Jeremy has been traveling around the country performing on his own dime and as many fellow musicians know, studio time costs a pretty penny. Jeremy has set up a project page where fans can participate in the production of his new songs by helping defray some of his costs, getting a few “thank you” goodies in return, and even a shout-out in his video. 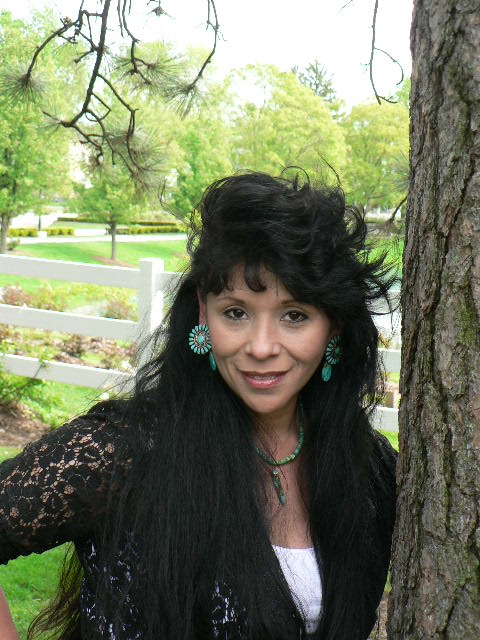 Here’s what Jeremy has to say about how he got started in music and how he ended up using his talents to wake his fellow Americans up:

For as long as I can remember I have had a passion and love for music. It all started when my dad took me to my first rock concert when I was just 4 years old. Growing up, my parents were later divorced and I lived with my mom who always did her best to raise me in a Godly home. As I came into my teenage years, I became very involved in my church, but when high school hit, I decided to go my own way and pursue my dream of becoming a musician. After several hard years of trying to “make it” I ended up broke, depressed and homeless. Eventually I moved home and after many months of making wrong choices and one late night of partying, I laid on my bed and thought, “there’s got to be more to this life!” I prayed the most ugly prayer in history and told God if He was real, I needed to know. I passed out and woke up completely sober. Completely. I had no desire for any substance at all.

I immediately got back into church and within months met my wife. I moved to Utah in 1999 where I’d spend the next 8 years volunteering in my church in several capacities, one of which was youth ministry. I really never had a true desire to teach young people. I wanted to minister to adults and help them with their walk with God, not kids! But, one night I went with my wife into a youth service where a new found love for young people and a heart to see them set on the right path was discovered. After that, it was game over and what was once all about me became all about others and I just wanted to help them however I could.

In 2006, I moved home to Albuquerque where my wife and I became Student Ministry Pastors and have been pouring our lives and souls into young people ever since. I sincerely care for young people. I care about where they are at mentally, physically and of course, spiritually. I care about their safety, education, view points and mentality. I honestly feel there is a generation of young people growing up that are not investigating the things they believe in. Instead, they believe what music artists, the media, their friends and the Internet say concerning important subjects like life, religion and politics. This must stop!

One night while watching Glenn Beck on FOX News, I had a sudden urgency come on me to write a political song. I’ve never written a political song and actually had been planning to get into the studio to record a rather bold, in your face song about God. Yet, I knew I had to write this political song instead. As I continued to watch Glenn Beck, I fought the idea about writing it. I thought, “What in the world would I do with a political song?” I knew how strongly I felt about politics and the current condition of our government and nation, but a political song? Finally, I put all doubt aside and picked up a pen and piece of paper. Within literally five minutes, the song was written. I got into the studio immediately and we pumped the song out in less than a couple sessions. With the help of a close friend, I was given the idea to make a video and everything else is history. I’m so stoked about how this song is in some way helping our nation. It’s making a difference.

I wrote “Stand Up” out of pure concern about where our country and the generations coming up in our nation are going and honest conviction and belief in the possibility that it is not too late for the UNITED States of America. That we can and will “Stand Up” and truly be “a government of the people, by the people, for the people.” In looking at some of the lyrics from my song, “Stand Up”, I wrote:

What it is, ain’t exactly unclear.

Politicians with our lives in their hands,

Tellin’ you and me, which way we should stand.

I think it’s time we STOP, hey what’s that sound?

Everybody look what’s goin’ down…”

This is the heart of the song. We Americans have to stop, and really look at what is and has been happening in our nation and government. We must stand up to injustice and unrighteousness and be the strong nation we were founded to be. If I can stand up, anyone can. I’m really hoping and praying that many Americans will join the battle-cry to Stand Up and not back down. We are America.

Can I get an AMEN? WOW…not much more I can add other than, what a powerful testimony, Jeremy! Preach it, brother!

Jeremy has performed and spoken at various TEA Party and conservative gatherings in Iowa and Texas and is slated to perform/speak at the Freedom Jamboree in Kansas City September 28th thru Oct 2nd, and other venues in California later this year. His song “Stand Up” has been used for many different individuals running for different offices all over the US and is the intro/bumper music for several radio programs. He is continuously invited by radio hosts to join them on their shows to share a bit about his songs and why he is doing what he does. His videos on YouTube have taken off and the numbers continue to grow. Jeremy concludes by saying:

I haven’t met a ton of famous people but I do know of others that like my music among them are Sarah Palin, Kelsey Grammar, Michael Reagan (son of Ronald Reagan) and Gary Sinise to name a few. I am really just looking to do my part to make America great again, I love God, I love my wife and I love my country!

THIS is what a conservative looks like…one who knows where his life…his gifts…his blessings…and his FREEDOM come from and is not afraid to say so. By sharing his talent with our youth, he is planting the right seeds that will help shape tomorrow’s leaders. You can friend him on FaceBook, follow him on Twitter, and show him some love by purchasing his great music!