Actor-director George Clooney penned a prayer for the United States this week that appeared to allude to the ongoing national controversy over kneeling protests during the National Anthem.

The 56-year-old Suburbicon director published the short prayer in The Daily Beast Tuesday.

The prayer reads, in full:

I pray for my country.

I pray that we can find more that unites us than divides us.

I pray that our nation’s leaders want to do the same.

I pray that young children like Tamir Rice can feel safe in their own neighborhood.

I pray for all of our children.

I pray for our police and our first responders.

I pray for our men and women of the armed services.

I pray that dissent will always be protected in this great country.

I pray for a more perfect union.

And when I pray, I kneel.

With the last line in the prayer, Clooney appears to have become the latest celebrity to weigh in on the national debate about so-called “kneeling protests,” after the demonstrations became popularized by former San Francisco 49ers quarterback Colin Kaepernick last year during the pre-game singing of the National Anthem. 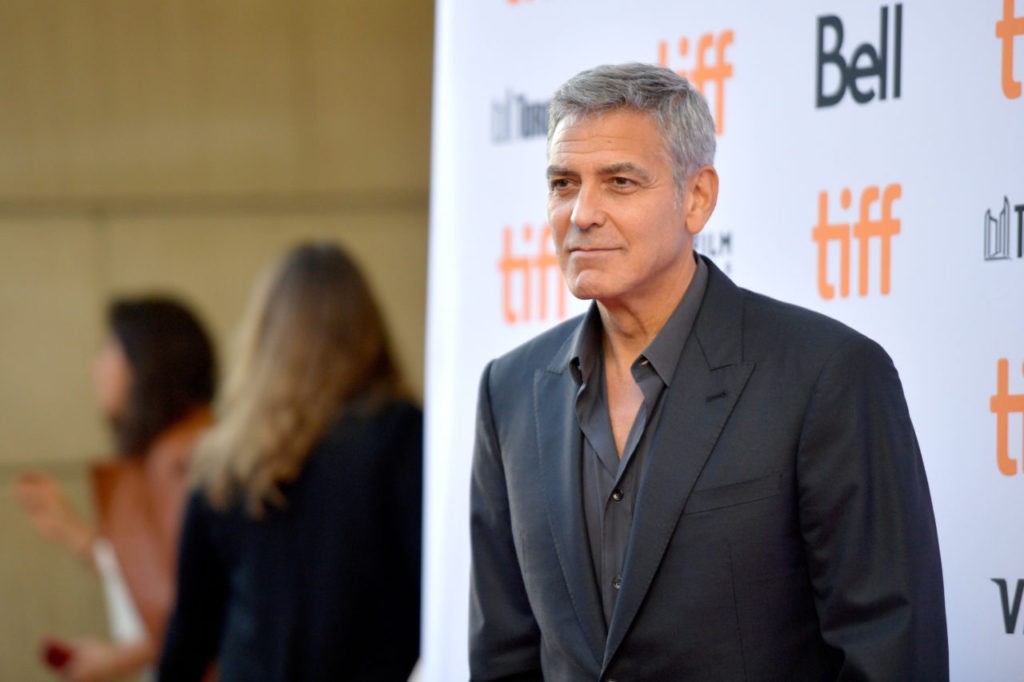 George Clooney attends the premiere of “Suburbicon” during the 2017 Toronto International Film Festival at Princess of Wales on September 9, 2017 in Toronto, Canada. (Matt Winkelmeyer/Getty Images for Paramount Pictures)

The debate reached a boiling point over the weekend after President Donald Trump said Friday during a rally in Alabama that NFL team owners should fire players who kneel during the National Anthem.

While numerous NFL teams, spurred on by Trump, protested by kneeling or avoiding taking the field altogether during Sunday’s games, the protests have since spilled into Hollywood, as actors from television shows including The X-Files and Star Trek: Discovery posed for photographs while kneeling this week and then posted the photos to social media.

Clooney has been a vocal celebrity critic of the president and his administration.

This month, the actor-director took aim at former White House chief strategist and Breitbart News Executive Chairman Steve Bannon, telling reporters at the Toronto International Film Festival that Bannon would “licking [his] ass” to do a movie with him had he remained in Hollywood writing screenplays.

In an interview with the Daily Beast this week, Clooney slammed Democrat Hillary Clinton’s failed presidential campaign, telling the outlet he “never saw her elevate her game.” The Hollywood A-lister held a fundraiser for Clinton at his home during the heat of the campaign.

“She was more qualified than even her husband was when he was elected president, but she’s not as good at communicating things,” Clooney told the outlet. “When she got up and gave a speech, it didn’t soar.”