While most of Hollywood and the media have been lying about the massive tax reform passed by the House and Senate last week, legendary film director Ridley Scott proved that he has a much better grasp of how an economy works than most actors and journalists. He also proved that he is not at all interested in conforming to Hollywood’s obnoxious politics.

While out doing publicity for his latest movie, All the Money in the World,  the 80-year-old behind such iconic films as Blade Runner, Alien, Gladiator, The Martian, Thelma and Louise, and Black Rain, was not even asked about President Trump or taxes. Answering a question about the “value of human life, class struggles and the role of wealth in society” and how it pertains to the “this moment in America,” Scott volunteered this defense:

Well, let’s take the tax bill. People say (Republicans) are doing it for the wealthy class. What they forget is if you get a clever, un-selfish business person — I don’t care if it’s a corner store or a big business — who’s suddenly saving 15 percent, they’ll put it back in this business. Then you’re going to get growth and therefore (people) will get employed.

He added that “My concern is with the elderly, the infirm, and the youth who need to have chances and shots for every level, and equality in education. But you have to use it. You have to get your (expletive) head down and use it.” 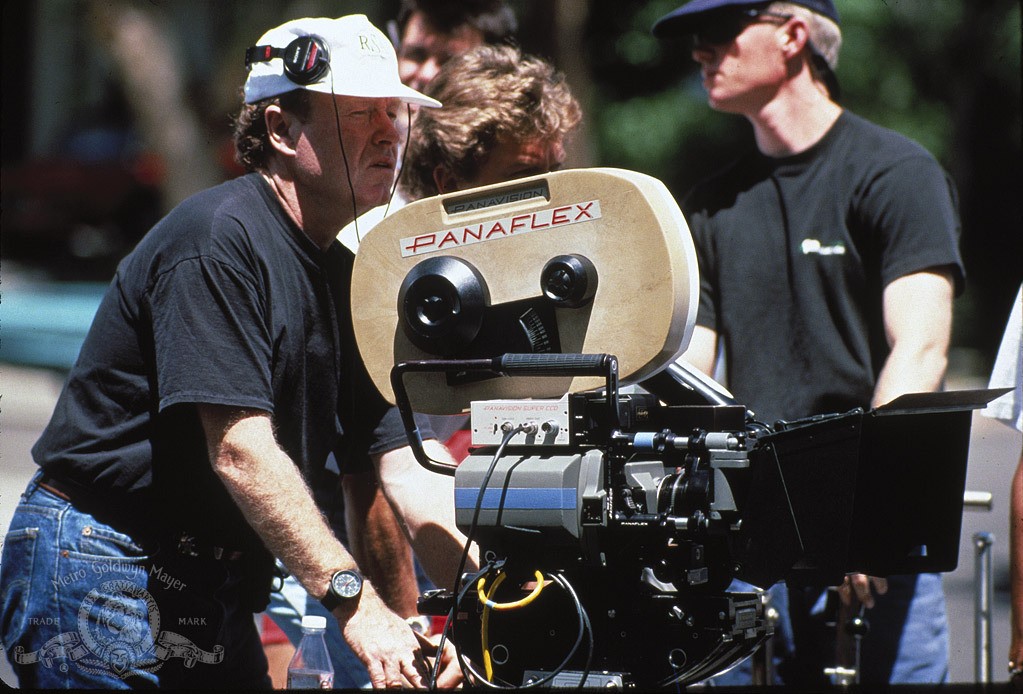 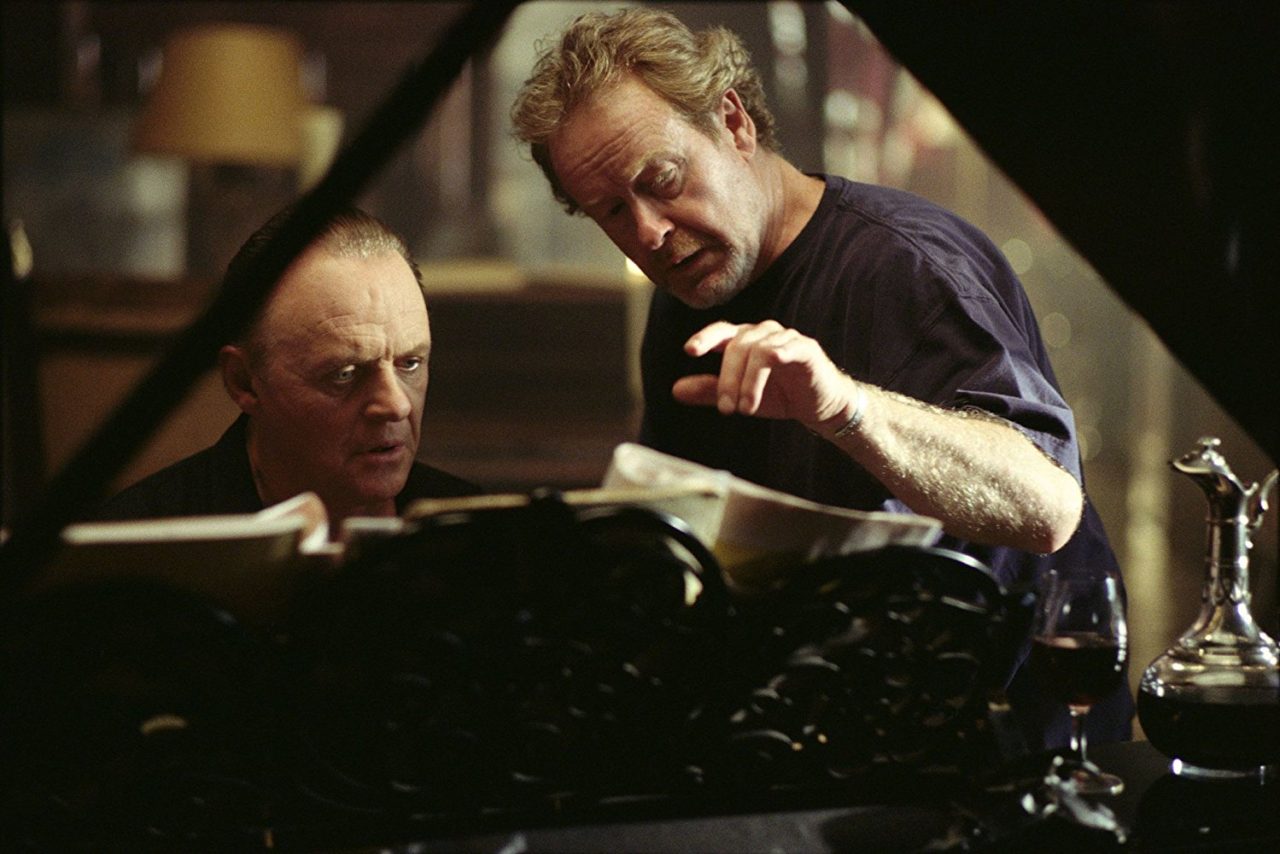 The reporter then seemed eager to challenge Scott’s belief that after you are given equal opportunity, it is all up to you. “I’m sure you benefited from some help early on in your career,” the reporter assumes. Scott is having none of it:

I’m a natural-born hunter because that’s who I am. No one taught me that. I started from scratch. I arrived in Hollywood with a wristwatch and stayed at the YMCA. You have to learn the curve. But don’t (expletive) moan about it. It’s about doing. There’s always a way in. I used to lay concrete on runways for an Irish company when I was a student. I packed drywall. My parents didn’t have the money to help me out. But they were very supportive of anything I wanted to do. 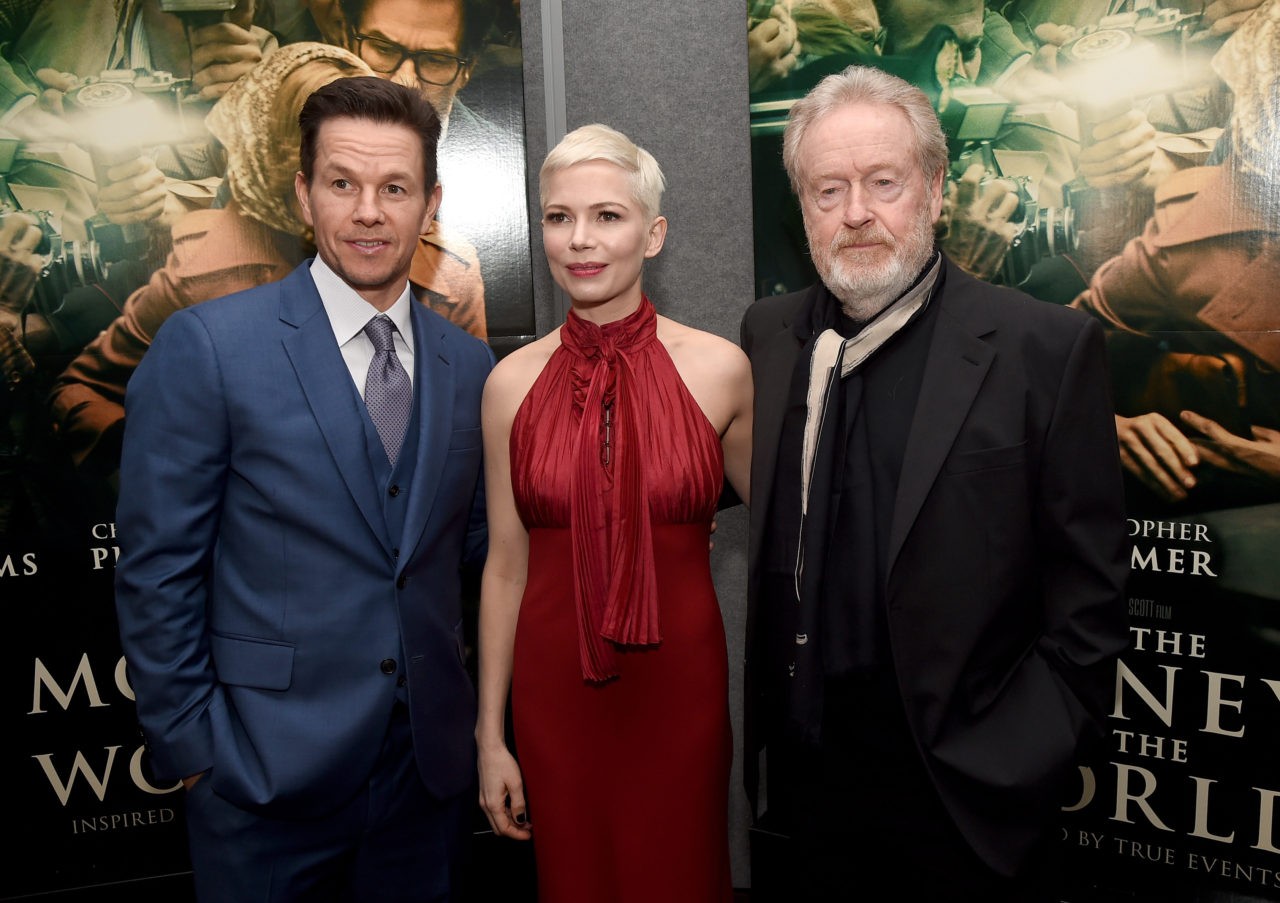 Mark Wahlberg, Michelle Williams, and Ridley Scott attend the premiere of Sony Pictures Entertainment’s “All The Money In The World” at Samuel Goldwyn Theater on December 18, 2017 in Beverly Hills, California. (Kevin Winter/Getty Images)

Over at his HiT site, film writer and critic Christian Toto says we should not be surprised by Scott’s answer. Scott is, after all, the director who stood up today’s Social Justice Warrior mob when complaints arose about a lack of racial diversity in his biblical epic Exodus: Gods and Kings.

“I can’t mount a film of this budget, where I have to rely on tax rebates in Spain, and say that my lead actor is Mohammad so-and-so from such-and-such,” Scott said. “I’m just not going to get it financed. So the question doesn’t even come up.”

“The question never came up” is my favorite part. Scott was not even interested in paying lip service to the mob.

Scott is also, obviously, correct about taxes. Employees are already seeing the trickle-down effect of these cuts in the form of raises and Christmas bonuses. This even includes the lying media that lies about how tax cuts work, and ignores how much more we all benefit with that money in the hands of those who earned as opposed to wasteful, heartless, unelected federal bureaucrats.