The episode follows conservative personality, Martha Cobb (Rhea Seehorn), who delivers a speech ironically ripping “the liberal snowflakes,” to a Make America Great Again hat-wearing crowd on a university campus. Cobb’s speech is cut short when a gang of Antifa protesters clash with a mob of white supremacists. Violence ensues, and Cobb is later found unconscious after being beaten and sexually assaulted with the pole of a protest sign. 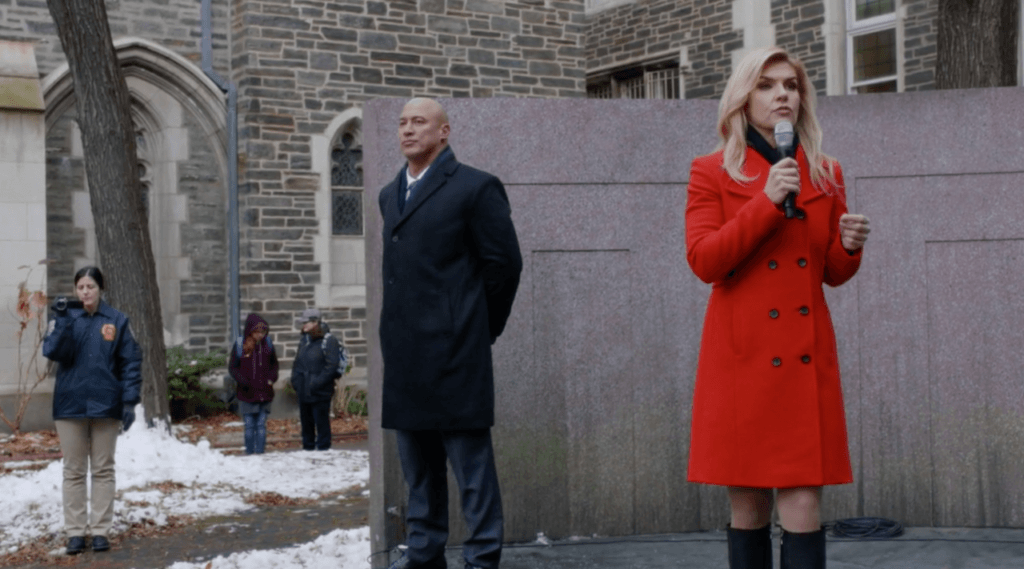 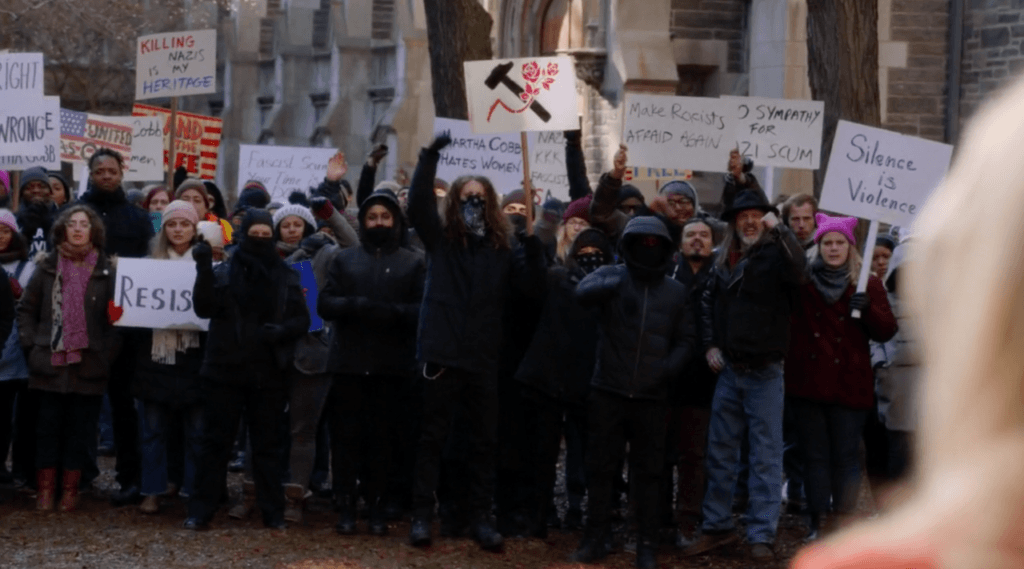 The NYPD detectives investigating Cobb’s assault are seen debating the merits of her political views — regulars Olivia Benson (Mariska Hargitay), Odafin Tutuola (Ice-T), and Amanda Rollins (Kelli Giddish) argue whether the unknown assailant could have been motivated by Cobb’s support of policies that would “close down Planned Parenthood and deport the Dreamers.”

The case appears to be closed until alt-right leader Randy Platt, who attended the University rally, becomes a person of interest. The NBC show appears to conflate supporters of President Donald Trump with white supremacists when Platt, a “Grand Wizard” of the group Patriots for the American Way, says he wants to Make America Great Again.

The case goes to trial and ends with Cobb’s lawyer asking the judge to dismiss the case, telling the judge: “I am sure that the perpetrator of this crime will never be known to a legal certainty.”

The episode was a ripped-from-the-headlines depiction of last year’s deadly clash in Charlottesville, Virginia, between neo-Nazis, protesting the removal of a Robert E. Lee statue and violent counter-protesters.

On Wednesday, SVU writer Robert B. Cohen responded to a tweet by Ann Coulter. “Timely. #InfoWars,” Cohen wrote in response to Coulter’s tweet about a California city government’s vote to remove a Christopher Columbus statue from city hall.

The official SUV Twitter account retweeted a fan who said they couldn’t decide “who to feel bad for,” the conservative rape victim or her hate-filled attacker.