DUBAI, United Arab Emirates (AP) — Hollywood star Robert De Niro took aim at the Trump administration’s stance on climate change, telling a packed audience in the Middle East that he was visiting from a “backward” country suffering from “temporary insanity.”

He said that in the country he’s describing, the head of the Environmental Protection Agency suggested last week that global warming may be a good thing for humanity. 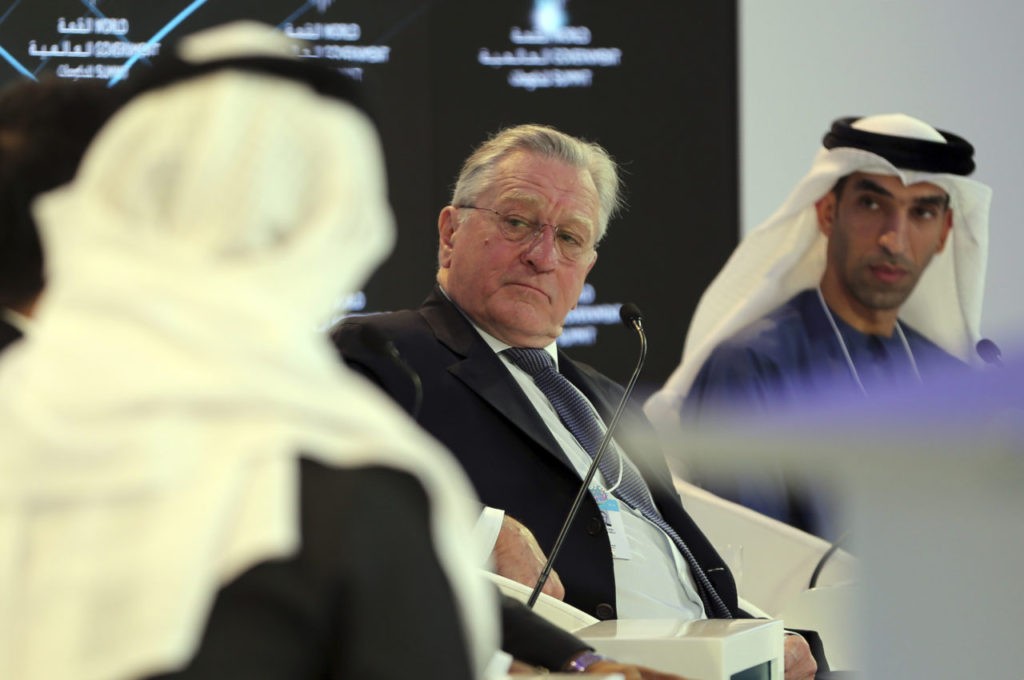 American Hollywood star Robert De Niro listens to one of the panel speakers next to Dr. Thani Ahmed Al Zeyoudi, right, the UAE Minister of Climate Change and Environment during the World Government Summit in Dubai, United Arab Emirates, Sunday, Feb. 11, 2018. De Niro took aim at the Trump administration’s stance on climate change, telling a packed audience that he was visiting from a “backward” country suffering from “temporary insanity.” (AP Photo/Kamran Jebreili)

“I am talking about my own country, the United States of America. We don’t’ like to say we are a ‘backward’ country so let’s just say we’re suffering from a case of temporary insanity,” he added.

De Niro received applause and laughs when he said the U.S. “will eventually cure itself by voting our dangerous leader” out of office. He spoke Sunday at Dubai’s World Government Summit.