In the wake of the mass shooting in Parkland, Florida, Boone jumped to Twitter and said that her character, Elizabeth Keen, will never again be seen with an “assault rifle.” The actress also apologized for “glorifying” the weapons in past episodes of the four season-long series.

“Liz Keen will never carry an assault rifle again and I am deeply sorry for participating in glorifying them in the past,” Boone tweeted on Friday.

Liz Keen will never carry an assault rifle again and I am deeply sorry for participating in glorifying them in the past. Yours, girl from Florida

In a second tweet, Boone tried to beat back criticism that she was virtue signaling, saying that her character “is not SWAT” and shouldn’t be seen with assault weapons.

But, Boone’s sudden squeamishness over guns on her TV show may make for a thorny issue for the drama’s writers. Blacklist is well known for a gritty theme filled with gun trafficking, weekly shootouts, and constant use of a large arsenal of weapons. The series follows the FBI and their criminal consultant, Raymond Reddington (James Spader), as they carry out the apprehension (and sometimes execution) of criminals on a “blacklist” of high profile fugitives. 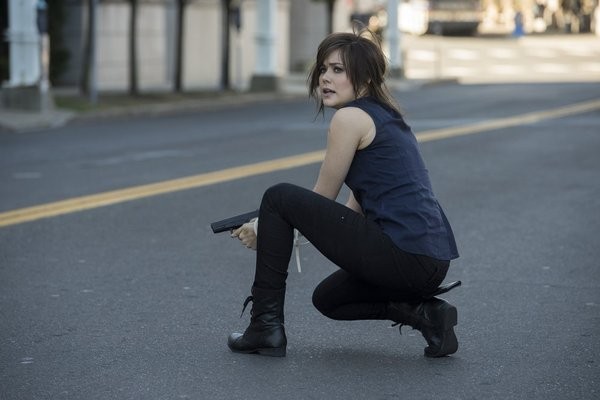 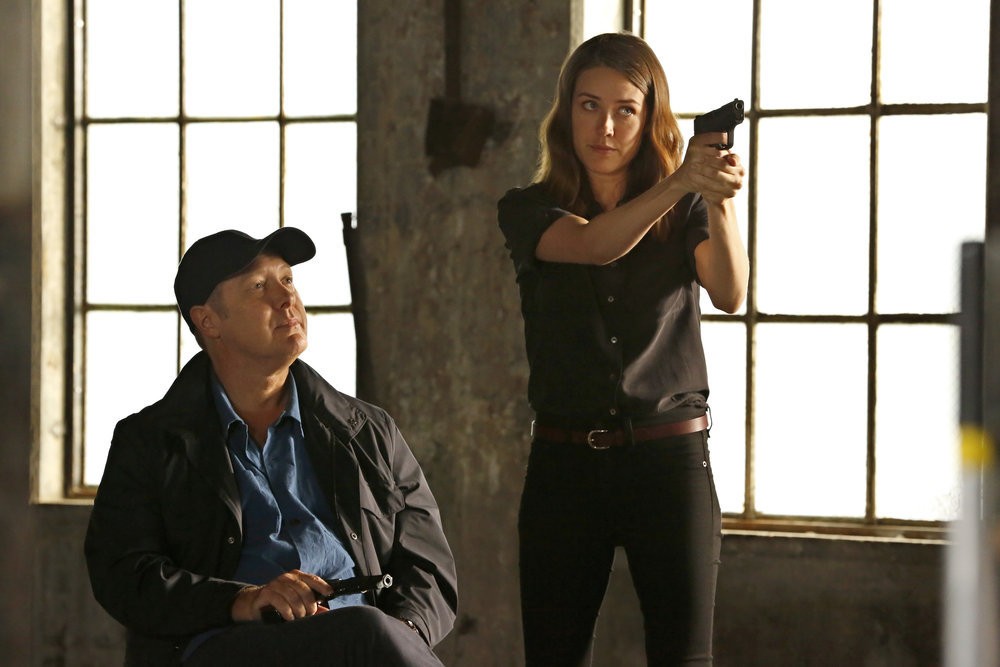 James Spader and Megan Boone in The Blacklist (NBC, 2013)

If Boone’s character — who killed four Mob enforcers all by herself in a recent episode — is going to suddenly eschew the use of rifles, it might make the action sequences harder for the writers to craft.

Boone is not new to liberal activism. Her Twitter account is littered with messages supporting the promotion of climate change policy, anti-gun tweets, and posts pushing other liberal agenda items.

The actress was also recently involved in a global warming campaign serving as a celebrity judge for a film festival aimed at “raising awareness and combat global issues like climate change.” The film festival was held in cooperation with the United Nations Association of the United States of America.

.@NBCBlacklist actress @meganboone is a fierce environmental advocate. As a judge for @SonyPictures' #SPTPictureThis campaign, she sees firsthand the power of using unique mediums like film to raise awareness and combat global issues like #climatechange. #USAforUN pic.twitter.com/bvcw9xMhnE

The Blacklist will return this fall for season five.