We see the millionaire senator from Vermont vilifies “the one percent,” while Ruddick rambles on about pushing “the 99 percent into the one percent.” Frustrated, Sanders, who said “Obamacare didn’t go far enough,” abruptly ends the interview, telling a scooter-bound Ruddick, “I don’t know what you’re talking about.”

Next, we see Dr. Nira Cain-N’Degeocello, a pussy hat-wearing “cisgender, white heterosexual male” who bicycled across the country interviewing “racist and childish” Donald Trump supporters in the weeks after “the election was stolen from Hillary Clinton.” 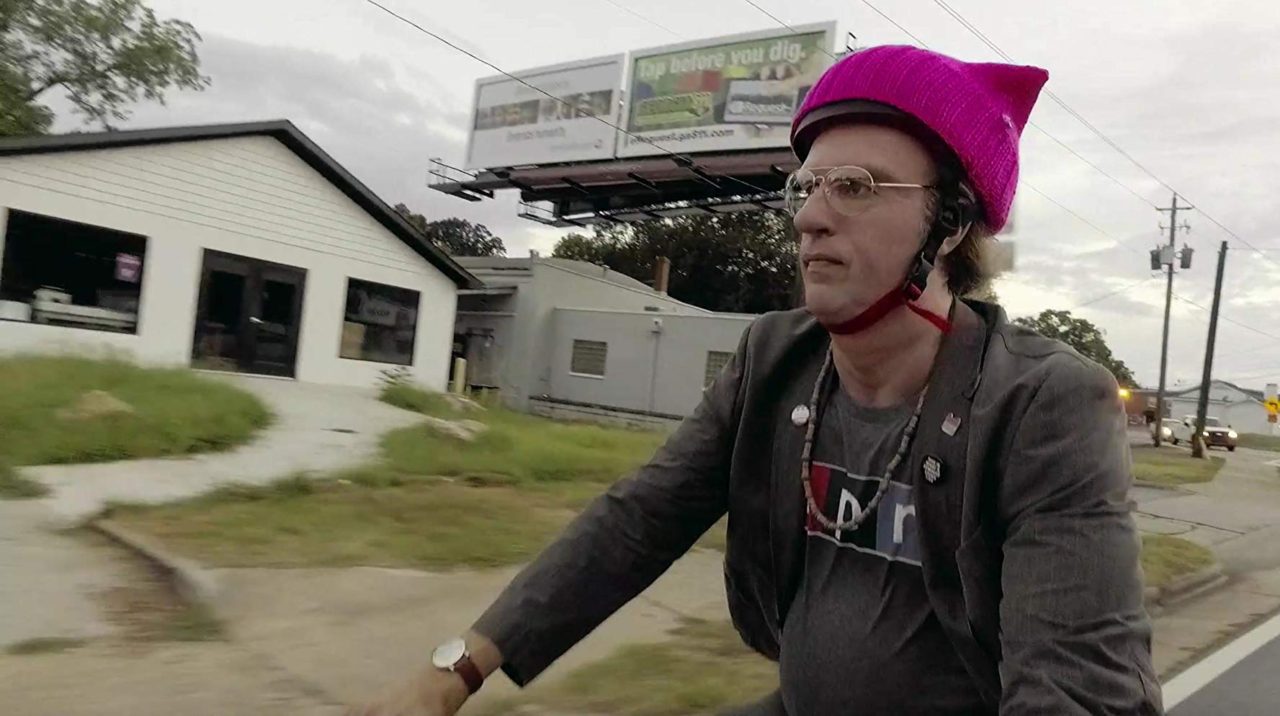 The couple listened as the ultra-left-wing Cain-N’Degeocello revealed ridiculous personal details about his child-rearing — he forces his daughter to “free bleed” on American flags instead of using menstrual products. The Thompsons politely oblige the absurd stories — Cain-N’Degeocello’s partner has frequent affairs with a dolphin — never passing judgment. 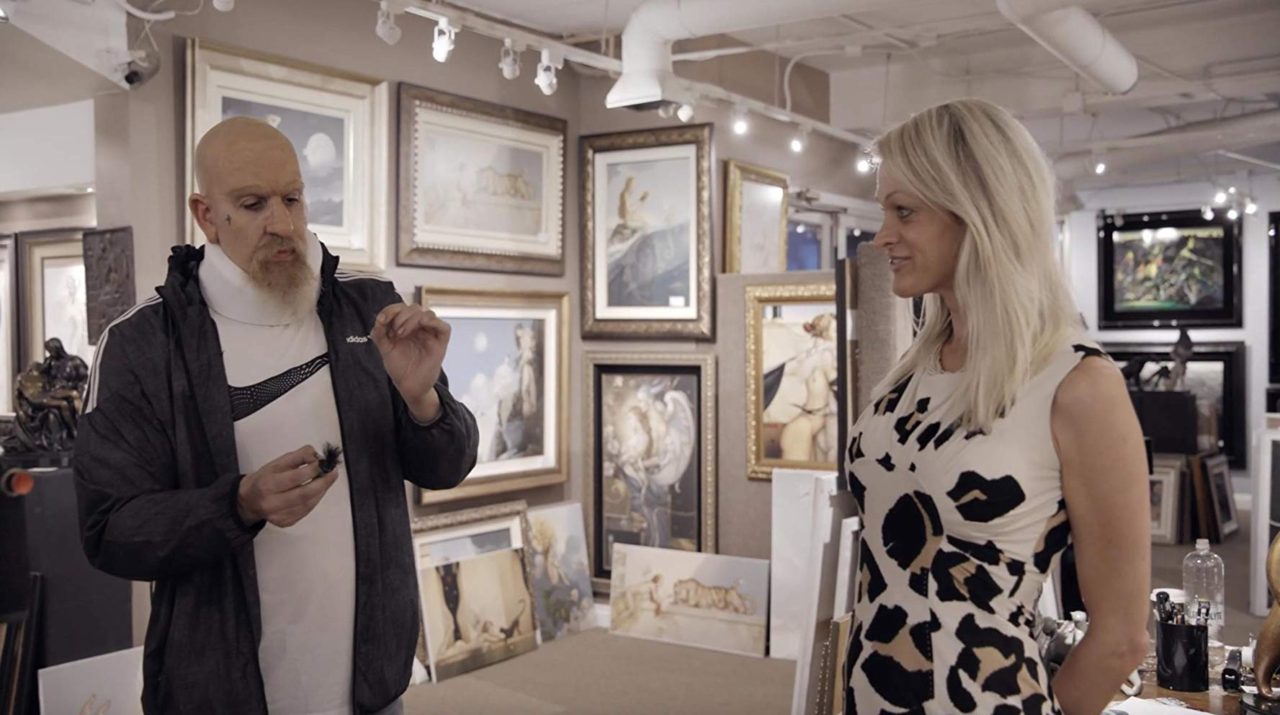 Cones, as polite, liberal-mindedly forgiving, and kind as the Thompsons before her, provided professional assessments of Sherman’s poop-filled paintings. After several minutes of mocking, the segment ends with Sherman accepting several strains of Cones’ pubic hair for one of his art projects.

The episode finally finds a heavily disguised Cohen take on the persona of Israeli anti-terror expert Col. Erran Morad, who is on a mission to make American schools safe by securing Congressional support for a program that arms children ages 4 to 12.

Cohen convinces each of the gun rights advocates to star in a PSA urging support to arm children for a program called “Kinderguardians.”  The only exception was Rep. Matt Gaetz (R-FL), who refused to endorse the “Kinderguardians” idea.
The sample size is small but the pattern is painfully obvious: Cohen poked gentle fun at liberals and the virtue-signaling NPR crowd and Bernie Sanders but brings out the long knives for normal Americans, Trump supporters, and gun advocates.

Front-loading the cringeworthy segment with Sen. Sanders and then lampooning progressives in the next felt like Cohen attempting to provide himself with enough cover to claim he made fun of “all sides” equally. But that logic is hard to swallow when you consider the heft of the final segment — which was twice as long as the three that preceded it — and that every target was either Republican or conservative.

In the end, Who Is America is but the latest Hollywood production pillorying people who fall outside of the blue bubble.