Chris Albrecht, who recently retired from his position as chief executive officer and president of Starz, donated $2,800 to Biden on April 30, according to campaign finance records filed with the Federal Election Commission.

Albrecht, along with his wife Tina Trahan, attempted to donate another $2,800 each to the former vice president in June. The latter donation by Albrecht was returned on the same day because it would have violated the contribution limits imposed by the FEC.

Biden, who raised more than $20 million this quarter, accepted the money, despite Albrecht’s history of domestic abuse. 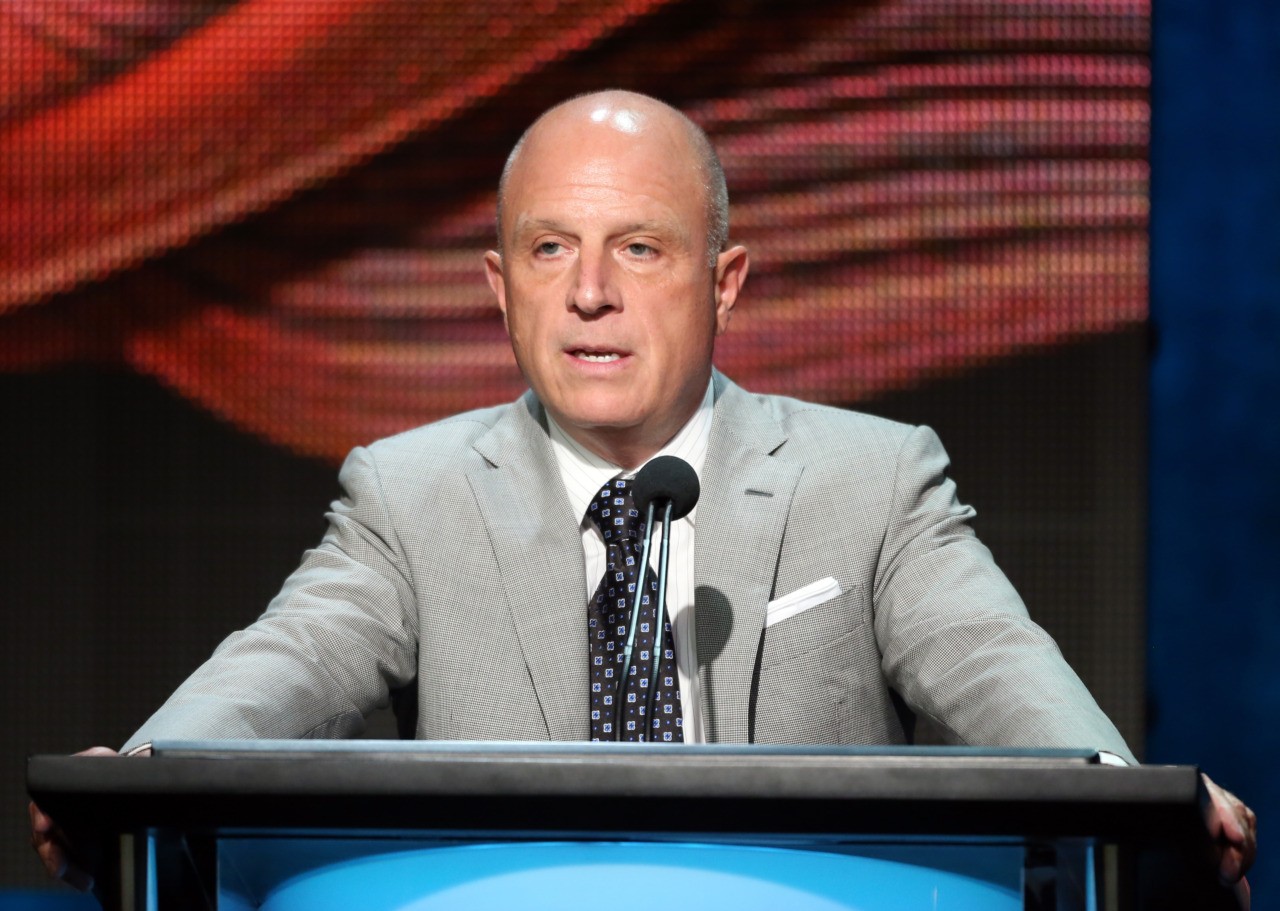 As first reported by the Washington Free Beacon, Albrecht was arrested and charged in 2007 with assaulting his then-girlfriend. The charges stemmed from an incident that occurred in the parking lot of the MGM Grand in Las Vegas, Nevada.

A 2010 profile of Albrecht in GQ magazine described the assault:

Early on Sunday, May 6, 2007, just hours after Floyd Mayweather beat Oscar de la Hoya in twelve rounds at the MGM Grand Arena, two Las Vegas police officers standing in the MGM’s valet parking area saw a man grabbing a woman by the throat with both hands and dragging her toward the hotel entrance. It was just after 3 A.M. The two officers and a security guard pulled the man off the woman and threw him to the ground.

When Albrecht’s attack on the woman, identified as his then-girlfriend Karla Jensen and subsequent fiancée, broke to the media, he attempted to play it off as the result of his alcoholism. The excuse, which Albrecht later admitted to GQ was “untrue,” was undermined by a report from the Los Angeles Times indicating he had a history of domestic abuse.

In 1991, HBO’s parent company, Time Warner Inc., was forced to settle a suit for $400,000 brought by a female subordinate against the company and Albrecht. The suit alleged that Albrecht choked Sasha Emerson, who then was a senior vice president at HBO reporting directly to him, during an altercation in her office.

By 1990, the two had become romantically involved. Both were married at the time… By the time the incident occurred, Emerson and Albrecht had ended their trysts. Albrecht allegedly assaulted Emerson in her office in Century City when she told him she had been dating someone else, said one person close to Emerson. Albrecht allegedly threw her from her chair to the ground.

After Emerson’s claims became public, a Hollywood gossip blog reported there were rumors that Time Warner had settled with multiple other women alleging abuse by Albrecht.

In the GQ profile, published nearly a year after he was hired by Starz, Albrecht denied those rumors and claimed the abuse alleged by Emerson was misunderstood.

“No one got hurt,” the movie executive asserted. Emerson, however, disagreed with his attempts to whitewash the attack.

“Chris Albrecht’s lies about me and those events have endured for twenty years,” Emerson told GQ at the time. “For him to comment on whether or how I was hurt is colossal hubris. I’d expect nothing less from someone as delusional as he is. He needs to believe his own narrative.”

Regardless, Albrecht’s domestic abuse record appears to have had no impact on his career in either the entertainment industry or his connections in the political world. As the Free Beacon noted, Albrecht has donated more than $750,000 to liberal candidates and causes over the years. Of that total, more than $33,000 was spent on underwriting former Secretary of State Hillary Clinton’s failed presidential campaign in 2016.

Albrecht also leveraged his industry connections and close friendship with entertainment moguls to streamline Starz’s footprint. In 2011, Albrecht signed a lucrative deal with film producer Harvey Weinstein, who is now facing charges of sexual assault, for the distribution rights to films produced by The Weinstein Company.

“The Weinstein Company new release content is a quality addition to our distribution pipeline of new releases from Anchor Bay Films and Starz Originals,” Albrecht said when the deal was made public. “Harvey and Bob Weinstein are terrific business partners and we are very pleased to have them as part of Starz Media.”