FX Networks is set to premiere its first documentary feature AKA Jane Roe, a film that illuminates the real-life “Roe” of Roe v. Wade fame – Norma McCorvey and her journey from pro-choice to pro-life.

The documentary will premiere on May 22 at 9:00 p.m. ET/PT on FX and will also be shown the following day on FX and streamed on Hulu, reported Deadline.

The film will spotlight McCorvey’s true story as “Jane Roe” in the landmark 1973 Supreme Court case, and feature interviews with her just prior to her death in February 2017.

AKA Jane Roe was directed by Nick Sweeney who also co-produced with Kerstin Emhoff and Chiemi Karasawa.

A poster for the documentary shows a photo of the young McCorvey with the name of the film under it and the following description: “Making history was not her choice … the real woman behind Roe v. Wade.”

McCorvey told her story in the video below:

Upon McCorvey’s passing, at the age of 69, pro-life media outlet LifeNews noted that McCorvey had become pregnant prior to the landmark case and was seeking a divorce — not an abortion. Young feminist attorney Sarah Weddington, however, used McCorvey’s case to overturn a Texas law that banned most abortions. 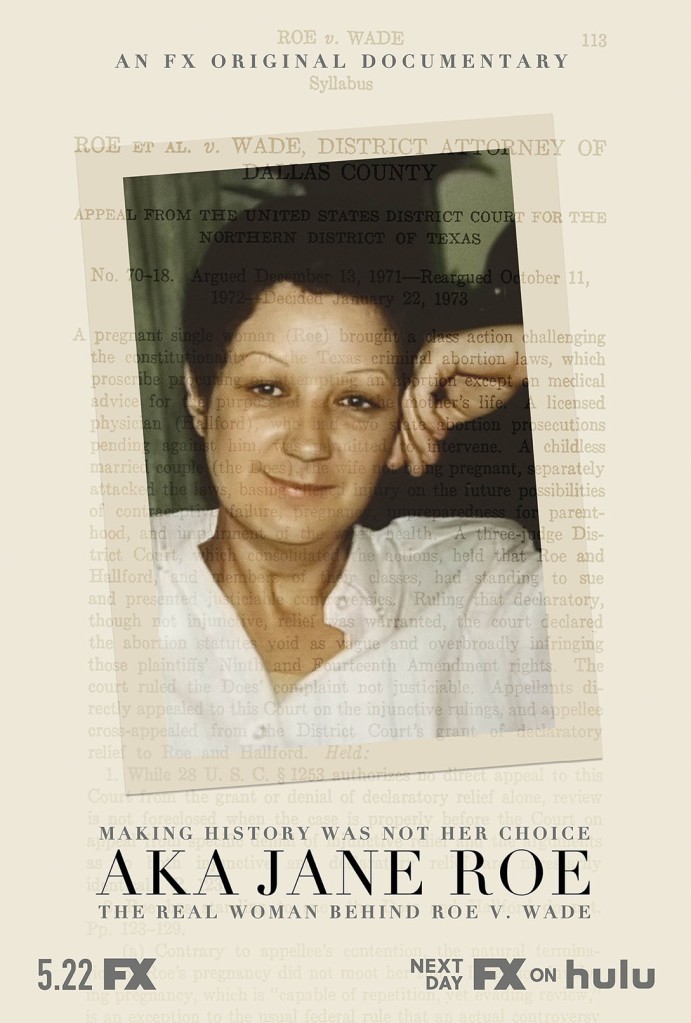 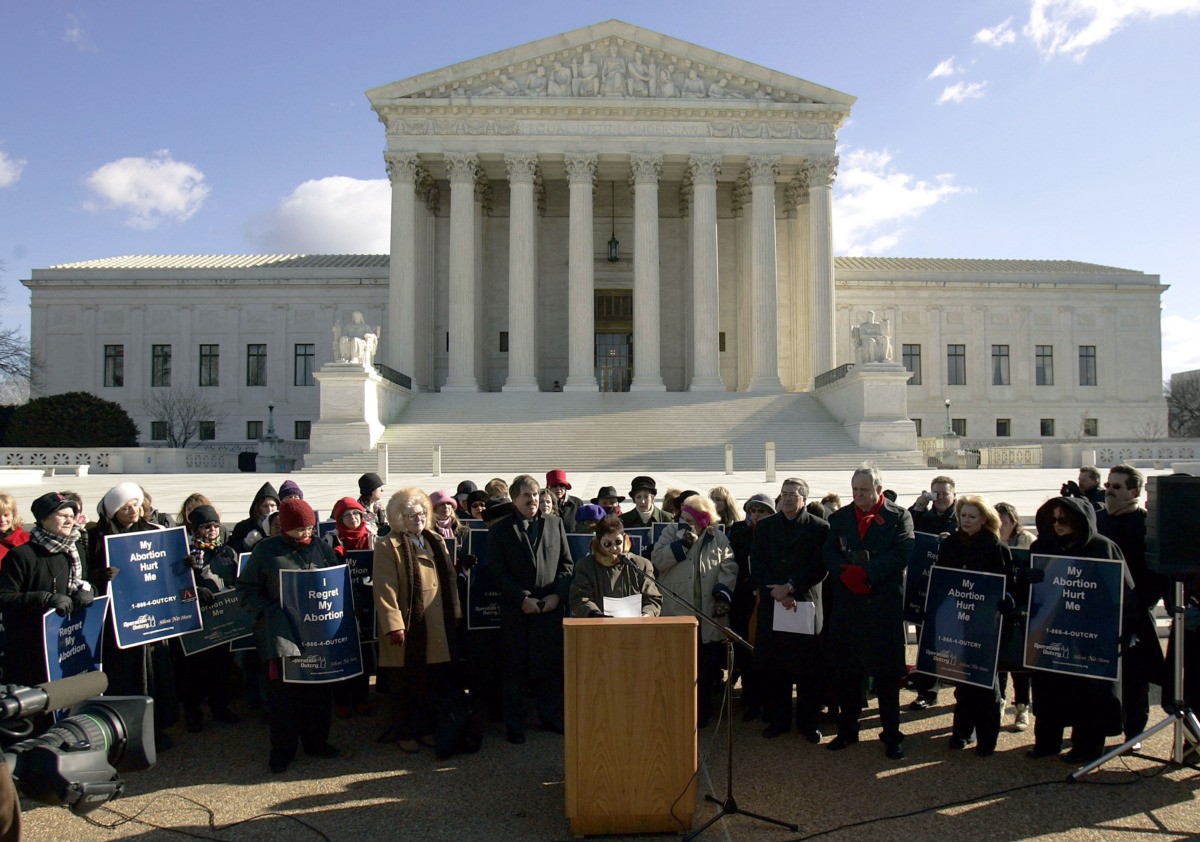 Norma McCorvey, the former Roe of Roe v.Wade, speaks on the steps of the U.S. Supreme Court on January 18, 2005 in Washington, DC. McCorvey, along with the Justice Foundation are petitioning the Supreme Court to reverse it’s decision in Roe v. Wade. (Travis Lindquist/Getty Images)

Weddington took the case all the way to the Supreme Court where, in 1973, a right to abortion was invented in the United States, though none ever existed in the Constitution.

Most Americans are not aware that McCorvey never actually had an abortion but placed her baby for adoption prior to the Court’s ruling. She later became a pro-life activist. In fact, in 2013, McCorvey said she was dedicated to overturning the ruling that bears her name.

“I think it’s safe to say that the entire abortion industry is based on a lie,” McCorvey said. “I am dedicated to spending the rest of my life undoing the law that bears my name.”