“But the violence that we see — whether it’s the toxic places where they (black people) live; the inadequacy of health care for them; whether it’s the lack of affordable housing; the absence of jobs at living wages; all those things – that’s basically going unseen. We see the actual violence because the police is what it is. It’s the last line line of defense for white supremacy. That’s what the police represents. They don’t protect African Americans,” Danny Glover said in an interview with Variety, speaking about the death of George Floyd and the frenzy of protests and hysteria that followed it.

“You can make an argument that the institutional violence has its roots in so many different ways,” the Predator and The Color Purple star said. “The violence that we see now that is acted out on the physical body of George Floyd has been the kind of violence that is engrained within the American idea of its culture, in its own subtlety, since the first Africans were brought here. So it’s 400 years of violence. It’s not just now! 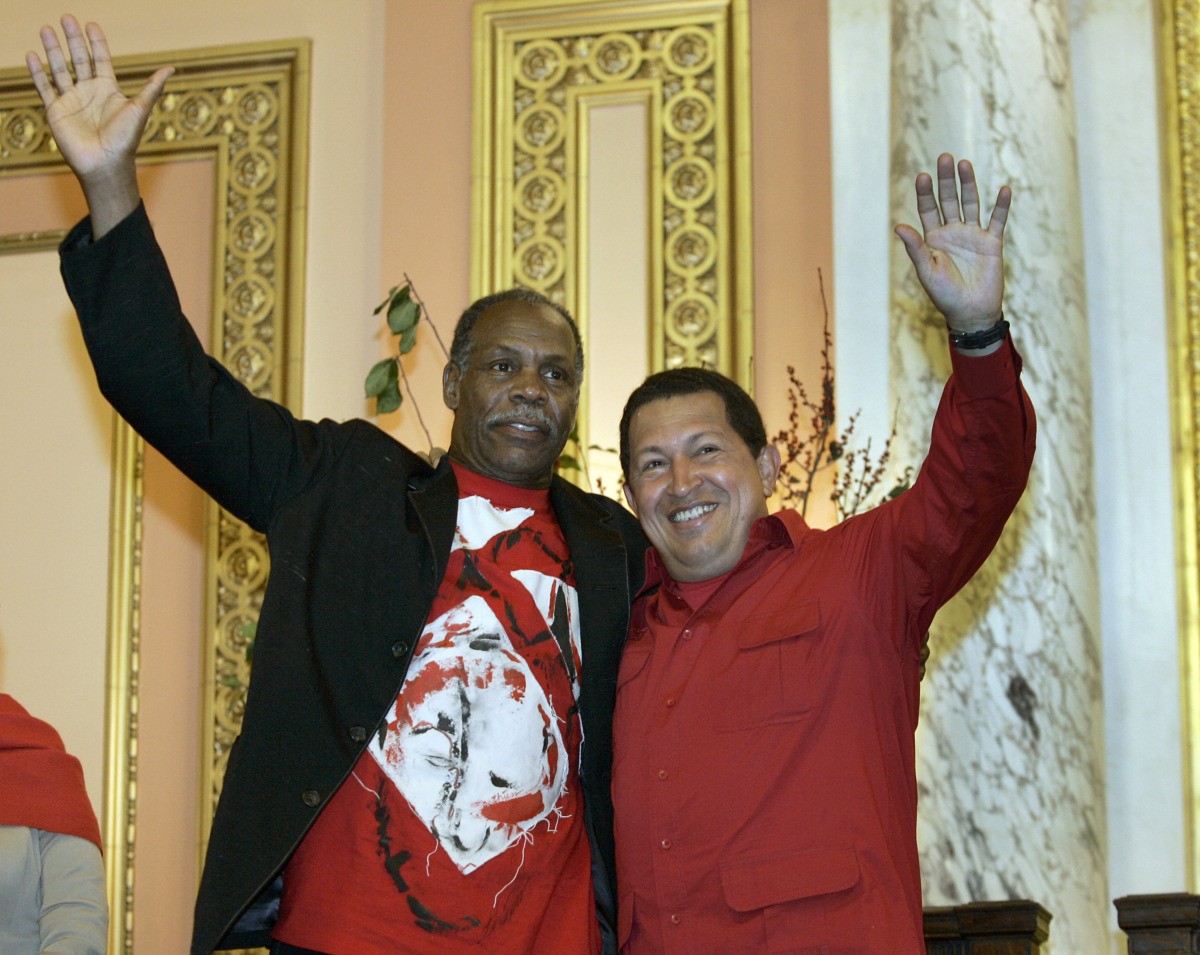 Venezuela President Hugo Chavez (R) and US actor/activist Danny Glover (L) wave to the crowd while attending the CITGO-Venezuela Heating Oil Program inauguration ceremony at the Mt. Olivet Baptist Church 21 September 2006 in the Harlem locality of New York. Chavez, in Harlem to announce the expansion of a programme to send cheap Venezuelan oil to poor families in New York, launched a new personal attack against President George W. Bush, calling the US leader an “alcoholic” and a “sick man”. (TIMOTHY A. CLARY/AFP via Getty Images)

Glover has long been one of Hollywood’s most vocal supporters of the Black Lives Matter movement, as well as other left-wing causes such as Bernie Sanders’s unsuccessful presidential campaign and Hugo Chávez’s disastrous “Bolivarian Revolution” in Venezuela.

Last year, Danny Glover testified before Congress on the issue of providing financial reparations for descendants of Africans enslaved in the United States, describing it as a “moral, democratic, and economic imperative.”

“Despite much progress over the last centuries, this hearing is yet another important step in the long and heroic struggle of African-Americans to cure the damages inflicted by enslavement, post-emancipation, and forced racial exclusionary policies,” he declared at the time.