Georgia is centerstage for the battle for the balance of power in Washington, D.C., as control of the U.S. Senate now hinges on the outcome of the two Senate runoff races in the state. A few weeks ago Sen. Chuck Schumer (D-NY) declared, “Now we take Georgia, and then we change America.” Now the rock band Foo Fighters, whose frontman Dave Grohl apologized to the world for President Donald Trump, announced that they will team up with other musicians for a virtual fundraising concert on Saturday in an effort to promote “voter participation” in the upcoming Georgia Senate elections.

The band will join other acts such as Dave Matthews, Bob Weir, Ben Folds, Tank & the Bangas, and Big Freedia at the event dubbed “Georgia Comes Alive.” The event will be presented Live For Live Music in partnership with HeadCount. 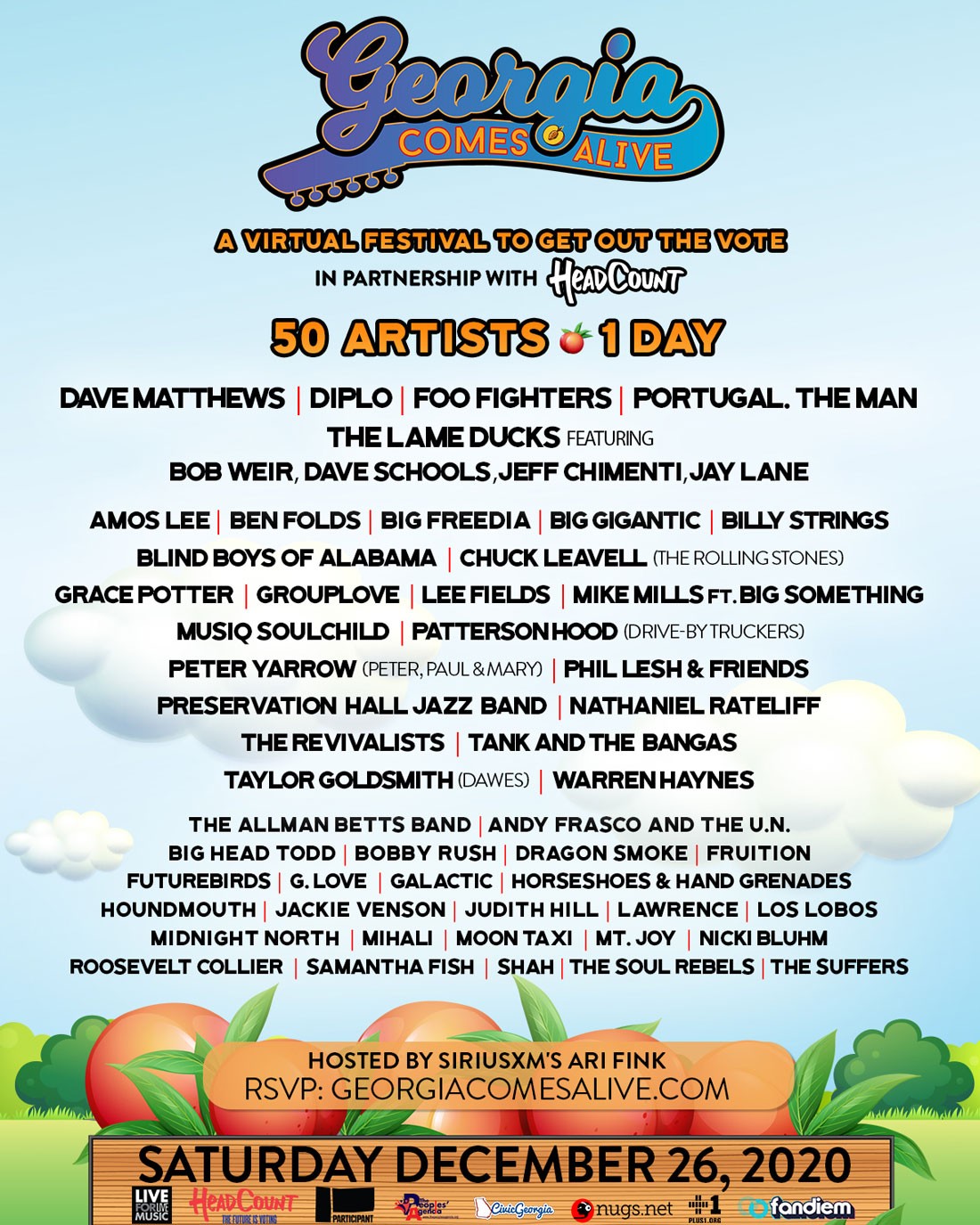 Despite being billed as nonpartisan, money raised from the event will go toward progressive organizations such as the Georgia Coalition for the People’s Agenda and CivicGeorgia.

“This event has gained so much momentum since its initial announcement, artists have been reaching out from all over the musical spectrum, asking to take part, to join the efforts in Georgia to turn out the vote.”

“This is a great way for people outside of Georgia to support the amazing organizations doing the hard work on the ground in The Peach State,” added Andy Bernstein, the co-founder and executive director of HeadCount. “We hope the funds we raise and the positive energy all have a real impact.”

The effort comes as several celebrities and Democrats pour time, resources, and money into next month’s Senate run-off races that will determine which party keeps control of the upper chamber. Some of the most famous names to already open their wallets include actors George Clooney, Will Smith, Joaquin Phoenix, and Leonardo DiCaprio.

Many of these initiatives take place to boost failed gubernatorial candidate Stacey Abram’s organization, Fair Fight, which describe their objectives as promoting “fair elections in Georgia and around the country” and “engaging in partnership to support and elect pro voting rights, progressive leaders.”