Due to the anti-science hysteria over the coronavirus delta variant, Hollywood is again yanking movies from theatrical release. Paramount just announced its big September family offering; the CGI’d blockbuster Clifford the Big Red Dog is indefinitely postponed. Others are sure to follow.

“Paramount Pictures has curbed the planned September 17 release of its CGI/live-action feature Clifford the Big Red Dog over concerns of the delta variant,” reports the far-left Deadline. “The film is complete, and there’s good early tracking (in the low 90s). However, with families feeling less likely to go to theaters, Paramount is looking for a new U.S. release date. Paramount believes it has a winner with Clifford, but only if kids can safely go to the multiplex.”

You gotta love the studio sycophants at Deadline throwing in those “early tracking” numbers. No, no, no, it’s an awesome movie everyone loves!!! Paramount is definitely NOT pulling it for creative reasons!!!

Breitbart News reported earlier that the current hysteria over the coronavirus and the delta variant is based only on manufactured panic. Per the CDC, the coronavirus survival rate for unvaccinated children is close to 99.8 percent, which puts it in direct competition with the flu.

What’s more, if you’re unvaccinated and under the age of 50, according to the CDC, the coronavirus survival rate is better than 99.8 percent.

Yes, those numbers could change. They could improve or worsen. But that’s the information we have right now.

For context, your chances of dying in a car accident this year are 1 in 8400.

So let’s just stop with this horsehit about the “delta variant” causing people to stay home. 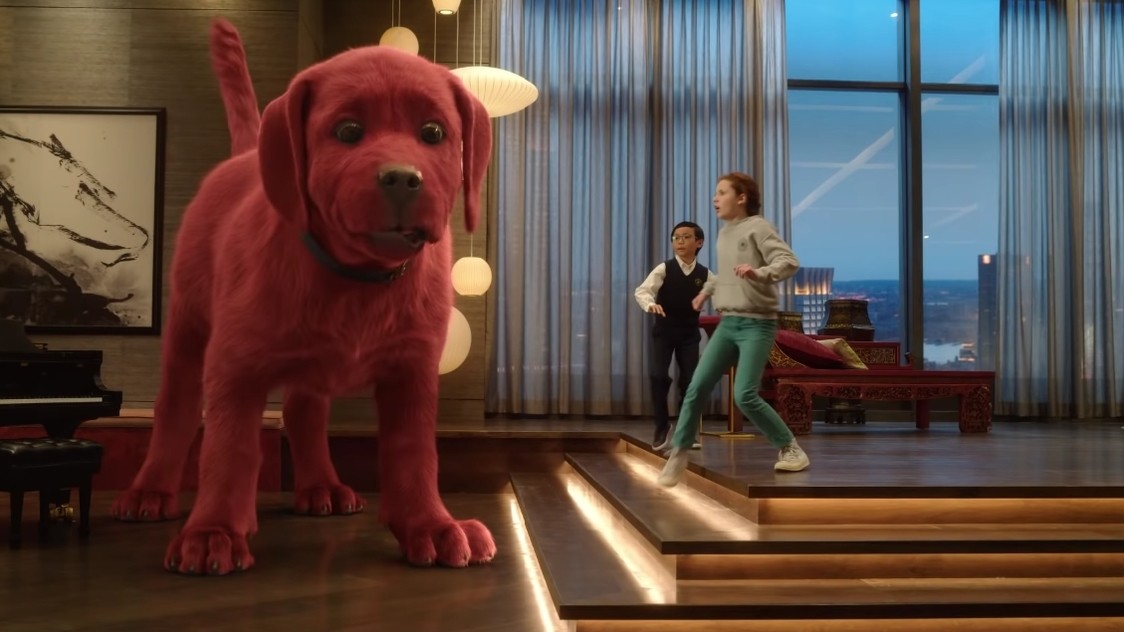 It’s not the “delta variant” scaring people, and it’s not the unvaccinated; it’s not even the China Flu. The only thing keeping people home is the organized left, who are ginning up hysteria over a perfectly acceptable risk and doing so to manufacture an excuse to persecute the unvaccinated. The left sees the unvaccinated as Trump voters, even though a much higher percentage of blacks (66 percent) and Hispanics (61 percent) remain unvaccinated compared to whites (53 percent).

This is all about bloodlust, bigotry, and hate; because it’s sure as hell not about the science.

I’m vaccinated, and I intend to live my life normally (while keeping an eye on the math). And right now, based on the science and math, I would feel safer packed in a cattle car with the unvaccinated than driving to the store.

I also have no intention of joining the left’s hate brigades against the unvaccinated when they are almost no risk to my vaccinated loved ones or me.

I blame only the Democrat party and their corporate media allies for ginning up this anti-science panic and scapegoating, for forcing the vaccinated back into masks over a perfectly acceptable risk, for seeking to terrorize the public for only one reason – to save the Democrat party’s ass in the 2022 midterms.

Now that Trump is gone, the left’s new bogeyman is the unvaccinated. Well, I’m not playing. The unvaccinated are not trying to strip away my freedoms and scare me into never leaving the house. The Democrats are.