The leader of the Los Angeles Black Lives Matter is standing in solidarity with accused race hoaxer Jussie Smollett in a trial the BLM leader claims is a “white supremacist charade.”

L.A. BLM leader Melina Abdullah, a former CSU professor and rabid defund the police activist, praised the former Empire actor for his “courage” as he stands trial in Chicago for allegedly perpetrating a fake hate crime.

As they move in to closing arguments in the #JussieSmollettTrial, we must courageously love and protect one another and always remember that POLICE LIE. We love you Jussie! #JussieSmollett #PoliceLie #CopsLie @CoalitionJussie https://t.co/GzA5F9m652

Abdullah railed against the trial in Chicago in her statement, claimed that the American justice system is “white supremacist,” and insisted it is an example of the “corrupt systems are working to devalue [black] lives.”

“In an abolitionist society, this trial would not be taking place, and our communities would not have to fight and suffer to prove our worth,” Abdullah exclaimed. “Instead, we find ourselves once again being forced to put our lives and our value in the hands of judges and juries operating in a system that is designed to oppress us, while continuing to face a corrupt and violent police department who has proven time and again to have no respect for our lives.”

“In our commitment to abolition, we can never believe police, especially the Chicago Police Department (CPD) over Jussie Smollett, a Black man who has been courageously present, visible, and vocal in the struggle for Black freedom,” the extremist continued. 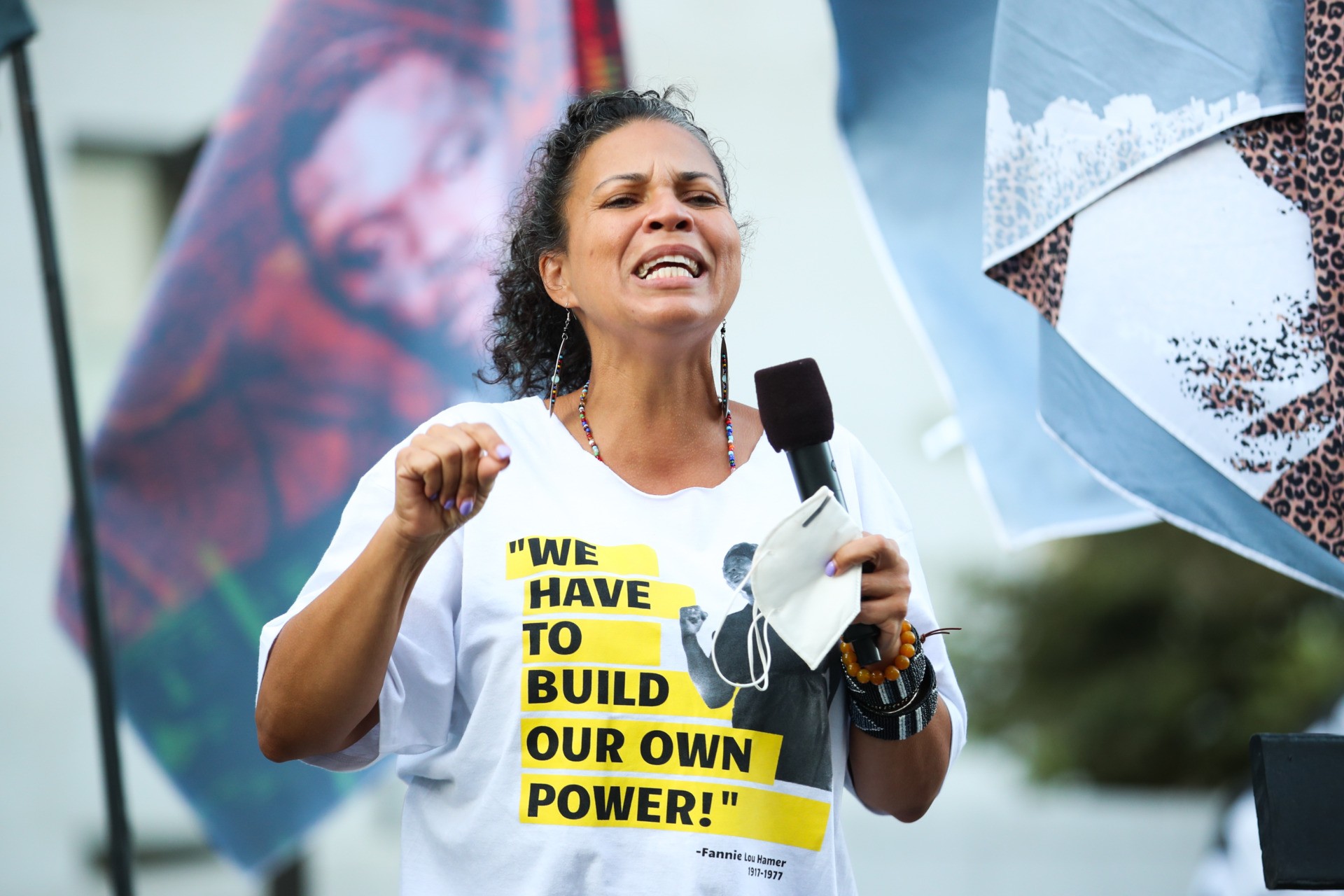 Abdullah added that “policing at-large is an irredeemable institution,” and attacked the Chicago Police Department for its history of civil rights abuses.

“Black Lives Matter will continue to work towards the abolition of police and every unjust system,” Abdullah concluded. “We will continue to love and protect one another and wrap our arms around those who do the work to usher in Black freedom and, by extension, freedom for everyone else.”

Chicago prosecutors have charged the 39-year-old actor with six counts of felony disorderly conduct for lying to the police and filing three false police reports about an attack he said he suffered in Jan. of 2019.

Jussie Smollett took the stand in his trial this week and boldly claimed there was “no hoax” and that he didn’t plan the attack against himself. But he also admitted to being intimate friends with the two men that Chicago Police investigators say perpetrated the fake attack on the actor. Smollett also scolded special prosecutor Daniel Webb for reading the actor’s text messages aloud, including multiple uses of the full N-word in open court.