These audiences “cheered and applauded.”

When the Top Gun: Maverick trailer first dropped almost three years ago (the China Flu delayed the movie’s release for two years), people noticed that the iconic jacket worn by Cruise’s character in the 1986 original had been altered. Both the Japanese and Taiwan flags had been removed.

Story-wise, because the jacket is a tribute to Captain Pete “Maverick” Mitchell’s dead father, the change made no sense and could only be interpreted as yet another instance of oh-so progressive Hollywood selling its collective soul to suck up to China’s genocidal Nazis.

One reason for the change back to the original jacket might have been the sequel’s loss of a Chinese investor. This investor reportedly felt the movie was too pro-American and dropped out. So good on Tom Cruise and everyone else involved for not doing what Hollywood has done until now: censor their art to appease China’s genocidal Nazis — even if it cost them an investor.

This is just one more example of Top Gun: Maverick cracking the code that lifted it to the all-time Memorial Day weekend opening weekend: give the customers what they want.

The customers wanted a sequel faithful to the 1986 movie that everyone loved. However, unlike the Star Wars sequels that basically apologized for the original trilogy with a lot of off-putting, illogical, emasculating, left-wing garbage, Top Gun: Maverick sought to thrill and entertain with masculine men protecting their country. No lectures, no weird sexuality, no guys in dresses, no How can we defend such a racist country? horseshit. 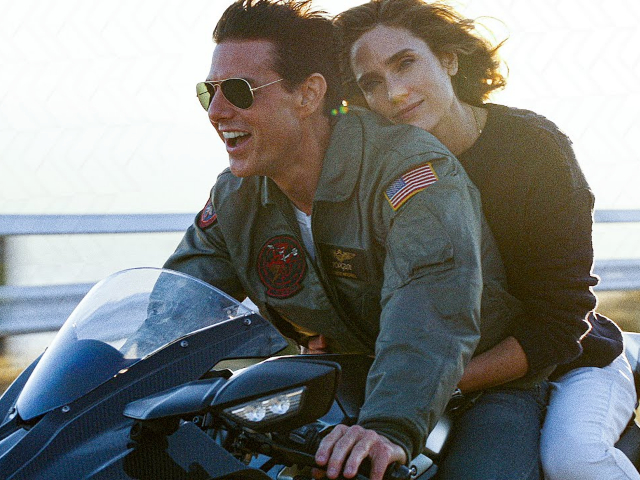 Here’s another item from the Guardian article worth chewing on…

It is expected that Top Gun: Maverick will not be released in China, which permits only a few foreign films to be screened each year and only those that are approved by censors.

“Hollywood is now pushing back,” Chris Fenton, a former movie executive who wrote a book about Hollywood and Chinese censors, told Bloomberg. “The market is simply not worth the aggravation anymore in attempting to please Chinese censors.”

So, the only reason movies might stop sucking up to China’s genocidal Nazis is because China isn’t allowing American movies on its screens anymore — even if we censor them.

In other words, Hollywood sold its soul for nothing, but, in the interim, created a countless number of ethically and artistically compromised movies that will always serve as a reminder of an industry willing to sell its soul to Nazis.