As Prince Andrew becomes the latest figure to be named in an establishment paedophile scandal, the British nation has woken up today to face, yet again, the uncomfortable possibility that they are governed by an elite political and media establishment that has, for at least the past 50 years, engaged in, covered up, and ignored institutionalised paedophilia.

I spent the month of November in the United States, whilst there the UK Home Office’s “Independent Investigation” into historical child abuse in Westminster hit new levels of absurdity when the SECOND appointed head of the investigation resigned due to links to those implicated in a paedophile ring.

The issue has historically been ignored as much as possible in the UK, and has barely yet reached the mainstream US media, but in discussing the matter with those in American politics and media, no-one could understand how the government of the United Kingdom could have harboured, covered up and failed to investigate consistent claims of organised child abuse within the British Establishment for 50 years, with damning evidence of sexual abuse in Parliament past and present still being dismissed, without something tantamount to a public revolution and citizen’s coup occurring to tear down any establishment that would allow this behavior to flourish unchecked.

Perhaps that it is we are more naturally deferential than our American cousins, or that the establishment media’s desire to look the other way has prevented the powder keg under Westminster from fully igniting, but sometimes an external perspective is the only one that can allow us to truly understand the scale of our crisis, and the natural American reaction to it is the right one.

Having come across much of this information as a Parliamentary intern in 2005, where it was described to me as “just what goes on here”, I  cannot believe that anyone with a long-term political career in Britain has not only not heard the rumours, but has come across or witnessed enough consistent information to believe they merit investigation.

Members of Parliament past and present would therefore fall into three categories: those who participated in child abuse, those who directly assisted in covering it up, and those who were aware of the issue but decided to do nothing. Indeed Lord Tebbit, Margaret Thatcher’s former Cabinet Minister and confidante, has bravely stated that both he and Thatcher were aware of a problem, which now implicates many of their close colleagues, but that there was a feeling at the time that investigating or exposing them would destroy the British Establishment, and that it was more important to protect it.

There may have been a time when I, and perhaps a large proportion of the British public, felt that the value of protecting the institutions and traditions of the British Establishment outweighed the necessity for justice for the victims of these crimes, but when current members of the Establishment issue their “strenuous denials” and still dismiss the possibility that such a thing could have possibly occurred, it seems they may be really operating either in the panic of self preservation, or in the assumption that there are simply still matters we don’t talk about for the “greater good”.

If so, they haven’t realised what the British public already have: What little remains of the British Establishment is no longer revered or valued by the people of Britain, it has been so destroyed and diluted by itself, there is little of value left to protect.

Our national identity still holds much worth preserving, we are therefore only discrediting ourselves as British citizens, in not taking whatever steps are necessary to fully investigate and address the problem and to rid our politics and nation from a political class that is corrupt to the greatest extent of human perversion.

The recent reaction of senior government to this issue has thus far been to dismiss it as a “witch hunt” against homosexuals , then a conspiracy theory, then pledge to look into the matter while consecutive appointed chairs resign causing further delays, and now to  finally acknowledge the scale and urgency of the matter, but maintain that the investigation only relates to past abuse from “decades ago” and can’t be considered until after the 2015 general election. A recent investigation by Channel 4 News and articles in the Daily Mail and Spectator, by Alex Wickham of this parish, demonstrate, however, that sexual abuse in Parliament and the British Establishment very much remains a modern day phenomenon. 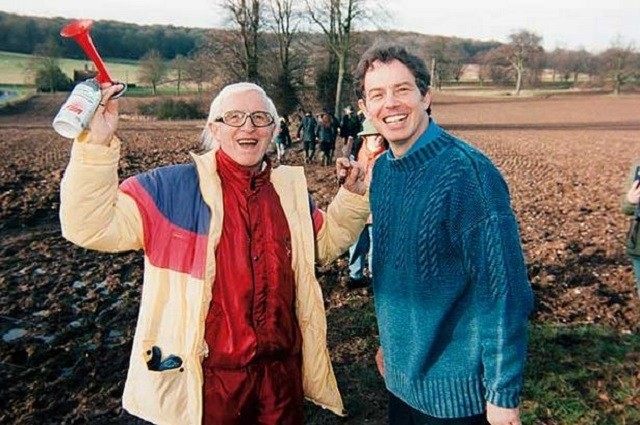 In a situation where systematic and organised abuse has seemingly been met with a systematic and organised cover up by government of all colours including this, I believe the time has come for the British public to take the investigation out of the hands of the British establishment, and remove the offending parties from government permanently. One of the leading voices in Parliament that has long demanded the issue be investigated fully, John Mann MP, stated this week that he believed the numbers of victims of the network run into the “many tens of thousands” and that a government body simply cannot handle the scale of the crisis, even if it was determined to do so. Simon Danczuk MP, who has previously chaired meetings in Parliament on the investigation has stated that he feels that the Prime Minister has been “intentionally dismissive” of the issue, and that the investigation is being purposely “delayed and sabotaged” by the government.

Following decades of mismanagement, if not wilful sabotage, it must be proper that the Home Office should rescind its role in the investigation, or be forced to do so, and a committee of cross party representatives (including UKIP and Green Party) should be formed to appoint a new independent inquiry head, and to make all information public before the May 2015 General Election. In addition I believe in this unique case we should allow immunity from civil claim or prosecution for any alleged victim of abuse, and police protection for those who come forward. 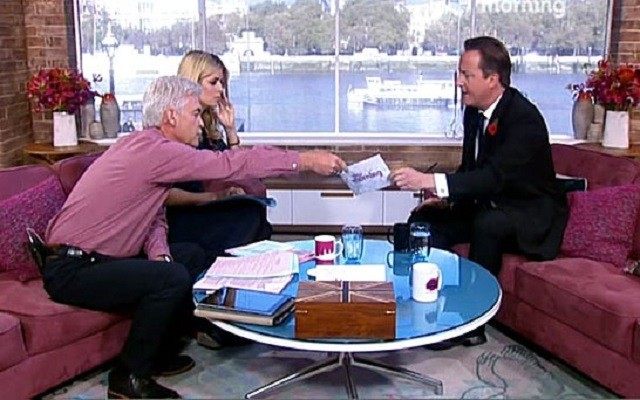 We are a society that still, sadly, defers many of our problems to government, in this case we cannot. Our government is one that has not only failed to address the problem of an establishment paedophile network, it has been and remains the heart of the problem. The only hope of justice for the victims and a cleansing of our system therefore lies in the hands of the people, in public demonstration and outcry to shed light on the darkest corners of our nation that we have too long neglected. The Great British public have always ultimately solved the great challenges that have faced the country, that this has occurred is a source of shame for the abusers, if we do nothing as citizens it will forever be a source of shame for the entire nation.

Ben Harris-Quinney is Chairman of the Bow Group and Director of Conservative Grassroots. He tweets @B_HQ