The German anti-Islamisation group which has sprung from a small meeting of a few dozen to tens of thousands in less than three months has enjoyed a record turnout despite stiff opposition from the German establishment and an increasingly violent counter-movement.

The Patriotic Europeans Against Islamisation of the West (PEGIDA) movement has now spread from its home city of Dresden, where up to 20,000 took to the streets for their first weekly ‘stroll’ of 2015, to other cities in Germany and Europe. Cadet groups who have vowed to begin their own strolls in coming weeks have been launched in the United Kingdom, Sweden, France, Italy, Spain, and Austria.

Despite the record turnout, many mainstream news outlets have chosen to focus on the growing counter protests which have outnumbered PEGIDA in German cities like Stuttgart, Munster and Hamburg. A grand coalition of left-wing political parties and local associations of Muslim immigrants have formed in these areas and claimed 22,000 counter-protesters across the country, according to reports.

The counter-PEGIDA movement now claims support from all sections of the German establishment, who have turned out in force to oppose the movement which threatens the pro-immigration status quo. German justice minister Heiko Maas, a member of coalition-government party the Social Democrats (SDP) was spotted marching against PEGIDA in Berlin, as churches, power companies, and factories turned off the power to their premises to deny PEGIDA supporters light during the winter night of Monday’s march. 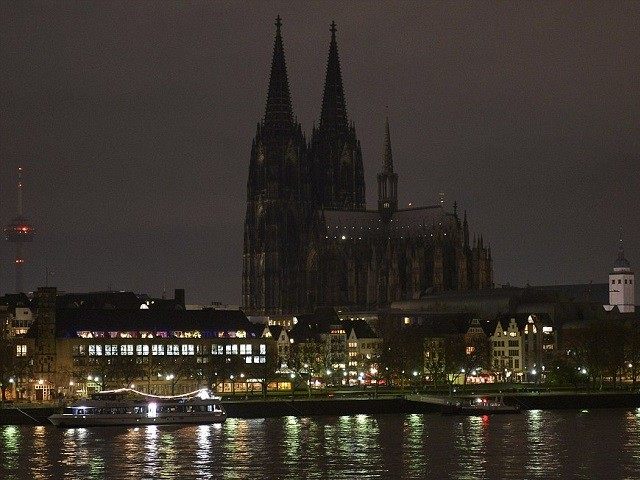 In Dresden the Volkswagen car factory turned off their lights, following the example of the local cathedral and state opera house. In Berlin the floodlights illuminating the Brandenburg gate and the television tower, the tallest structure in Germany, were turned off. In Cologne, the municipal power company turned out their lights and the city cathedral was also darkened.

The strolling PEGIDA members appear to have responded to the blackout by marching with their mobile phone torches turned on and held in the air in a symbol of resistance.

German chancellor Angela Merkel has been a vocal critic of the movement, warning citizens to avoid the marches in her new year’s address to the nation. Despite that, a poll published on new years day by a German magazine found one in three Germans would join a PEGIDA march if it came to their city, suggesting the marches are here to stay.

Although the strollers have remained dedicated to non-violent resistance to the government’s policies of mass immigration, the increasingly large counter-protest movement has seen a number of members arrested as they clash with police. Many of the smaller new PEGIDA marches have seen their pre-agreed routes completely blocked by counter protests. 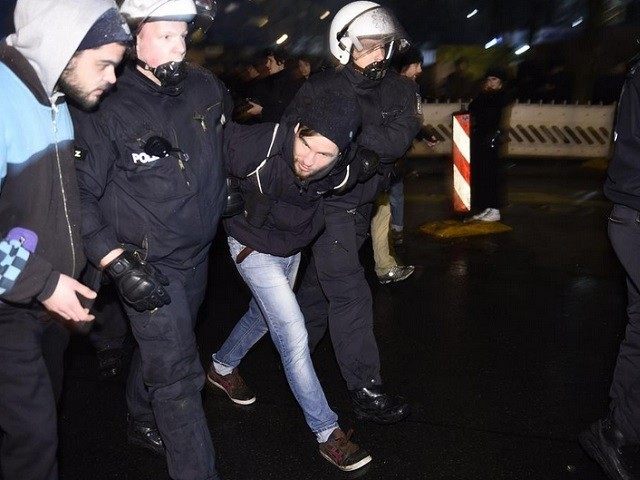 Although many of the banners carried by PEGIDA supporters expressed concerns such as the sudden growth of immigration to the nation over the past few years, a proliferation of Russian flags during the demonstration demonstrates the movements dissatisfaction with Europe’s handling of the Ukraine crisis and a desire for peace with ‘European, Christian’ Russia. Many marchers carried wooden crosses, and called for Germany to protect it’s ‘Judaeo-Christian Heritage’.

Some were less serious, however, with one banner calling on Germans to eat more traditional food and less kebabs.