Syria Airstrikes: ‘Thousands’ joined a march on Westminster today to protest against an expected vote on Britain joining air-strikes against the Islamic State in Syria next week.

Led by the Stop The War Coalition, a claimed 4,000 descended on Westminster and Whitehall to make their objection to the West fighting radical Islam in the Levant known. Formerly run by now Labour leader Jeremy Corbyn, the coalition has steadfastly opposed every hint of Western influence being exercised abroad for nearly fifteen years. 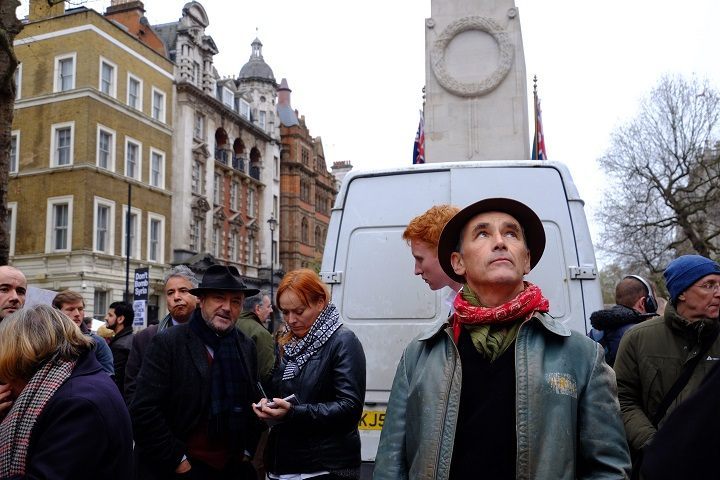 Perhaps repaying the favour to Mr. Corbyn, the protest organiser called on those marching to support their former leader in his rejection of airstrikes against Islamist forces in Syria, and in his disagreements with New Labour elements of the parliamentary Labour party. 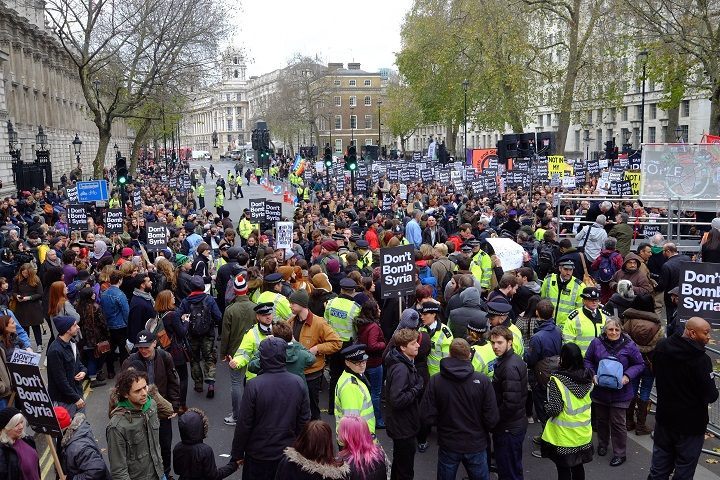 Seen from a point of advantage, the given figure of 4,000 marchers could be considered a little optimistic / Breitbart London

Addressing the crowd, demo organiser Andrew Murray said: “This is a conflict that cannot and will not be solved by bombing”, reports RTE. 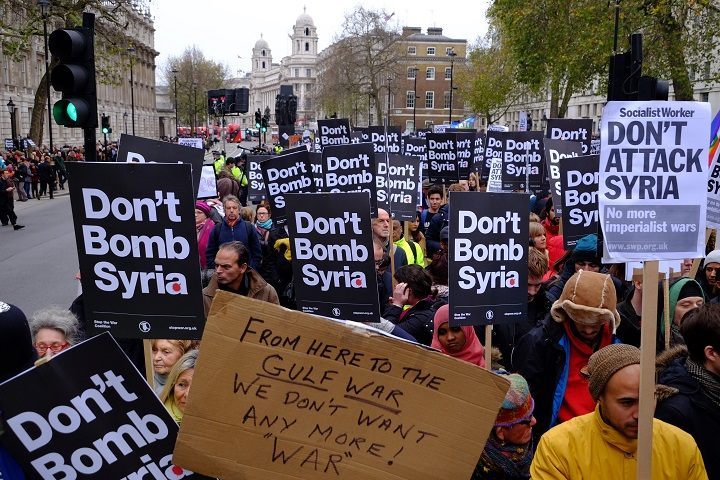 Marchers were saved the trouble of making their own banners by the Stop The War Coalition campaign machine, which produces their own / Breitbart London

Respect party leader and sole member of parliament George Galloway was among the speakers. For his fierce defence of the warts-and-all Arab world, he has been a regular contributor to the coalition. In a short video posted to social media before the rally kicked off, Mr. Galloway said:

“We’re gathering here outside Downing Stree to say ‘don’t bomb Syria! No more British wars in the Middle East! And leave Jeremy Corbyn alone! He was right about Iraq, and he is right about Syria’.” 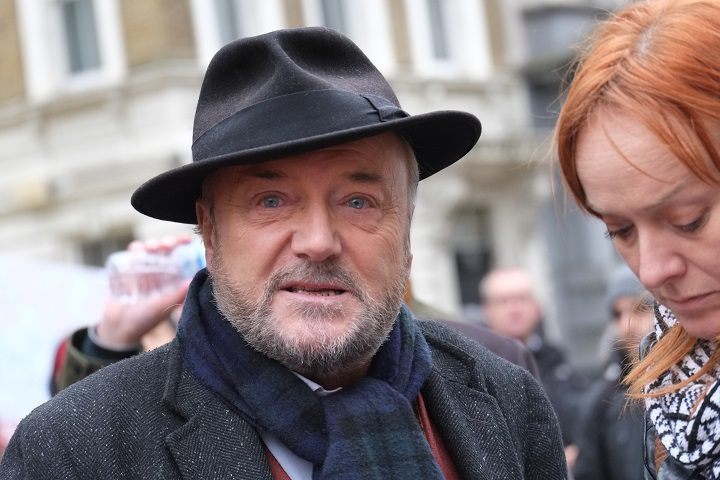 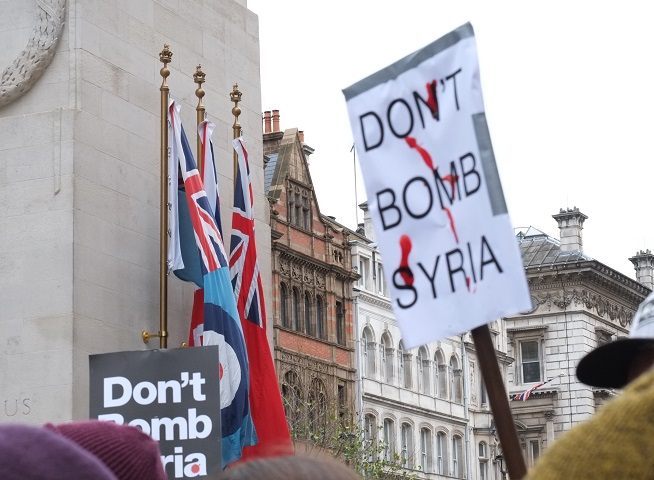 A bloody placard is juxtaposed against the blue ensign of the Royal Air Force, hung on the Cenotaph among others / Breitbart London 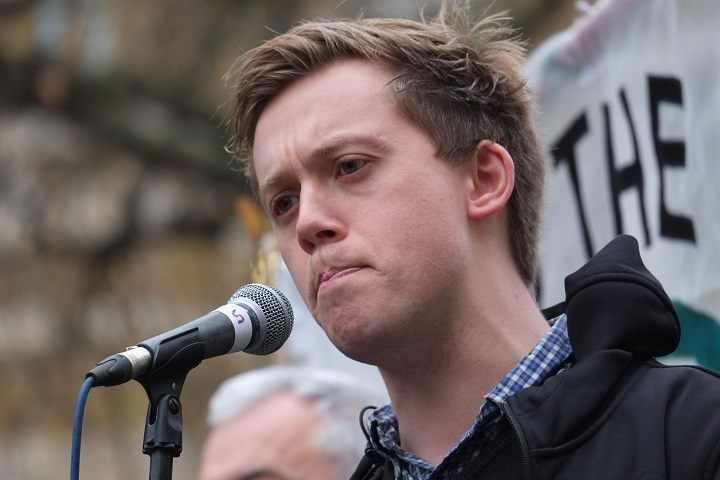 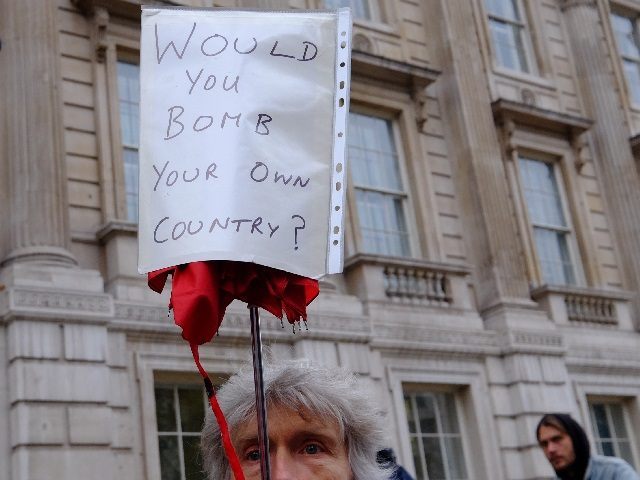 Well, would you? / Breitbart London 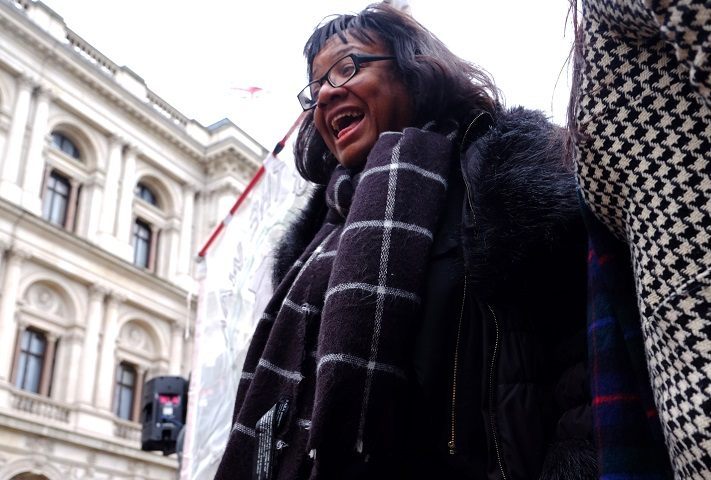 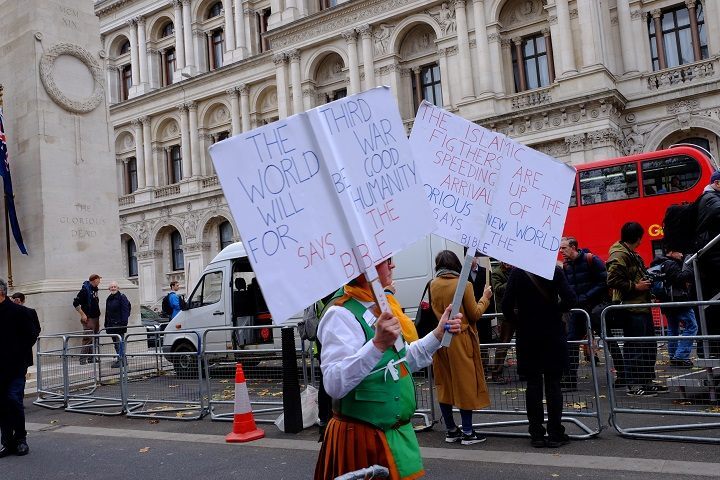 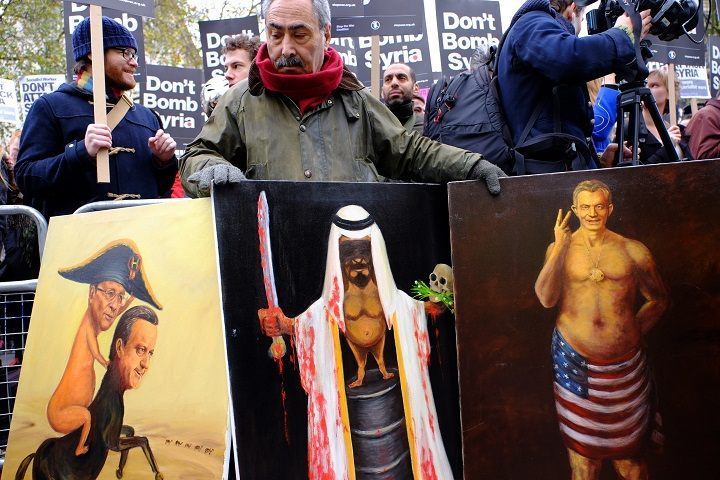