The number of primary school-aged children, some as young as four, beginning to “transition” their gender is rising rapidly in the UK. The popularity of the fad appears to be clustered, with children copying others in the same schools.

Up to 80 primary school-aged children a year are now seeking help towards potentially changing their gender, the chair of Mermaids, a charity which lobbies for families who believe their children and teenagers are transgendered, has revealed.

Speaking to the Telegraph, Susie Green said that, in some cases, British children as young as four are already in the process of “transitioning” to another sex.

She also described how her organisation has observed a cluster effect across the country, with children following one and another in the same school; a school where there might be a teacher who promotes transgender ideology.

Her anecdotal evidence correlates with the results of a study by Mark Zucker at the Centre for Addiction and Mental Health in Toronto, Canada, which found that transgenderism was more prominent and persistent among children when promoted by adults.

Researchers observed that children who saw therapists and others in authority who assume that they belong to the opposite sex can actually become more distressed, exacerbating their “gender dysphoric identity.”

Another recent study found that 70 to 80 per cent of children who report transgender feelings spontaneously lose them as they grow up.

Mrs. Green’s comments come as a primary school in the North West of England is feeling the heat over their decision to refuse to accept a request from an eight-year-old born as a girl to be treated as a boy.

“We are working with them, we are trying to resolve that but [the school] are very reluctant,” said the campaigner, who is pushing for the parents’ request to be recognised.

She said such stand-offs are now “very common” and added that a legal challenge over the issue could not be ruled out in the near future. 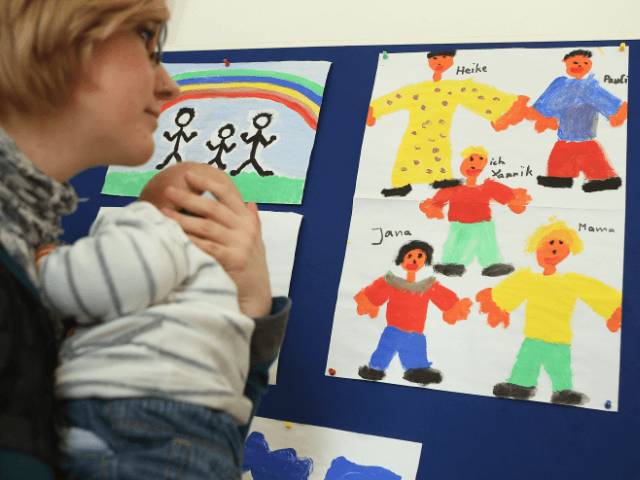 Despite evidence suggesting the exercise of caution might be wise, Mrs. Green is unlikely to change her stance on the matter as her own daughter has undergone a sex change, first being identified as transgendered as a four-year-old.

She argued that eight should no longer be considered a young age to begin the process of “transitioning”.

“We have got four-year-olds, five-year-olds, six-year-olds who are transitioning as parents know more about it and are more aware if they have a child who is struggling and suffering,” she said.

“You wouldn’t necessarily do anything unless it is causing distress [but] these kids are so much happier now they have been supported to live in the gender they identify with, it is a no-brainer.

“We have parents reporting back saying ‘my kid is so much happier now, they are attending school now, they are making friends now’.

“We have got families of five-year-olds, six-year-olds, seven-year-olds – eight isn’t particularly early.”

Mrs. Green suggested that the charity is now dealing with around 80 cases involving primary school-aged children per year, and was clear that she had seen evidence that children asking to live in another gender are themselves encouraging others to do so.

“In terms of families joining our parents’ group, this year alone we’ve had over 200 families,” she said.

“The majority of those – about 60 per cent – are teens but the rest are families of young children. It is a lot more than people realise.

“But one thing is that there is more information getting out there now and we are finding now about half the schools we are dealing with are actually accommodating and want to learn because there is more in the media and more out there.”

In August, Breitbart London revealed that police and local government in Cornwall, England are distributing a “Schools Transgender Guidance” document aimed at “empowering teachers to encourage and support” transgenderism in schools at the “earliest stages” after a four-year-old child identified as transgendered in the area.