The inhabitants of a small Transylvanian town in Romania were outraged when they discovered a plan to house migrants in their community and quickly formed a resistance. They are now being hailed as heroes in their country. 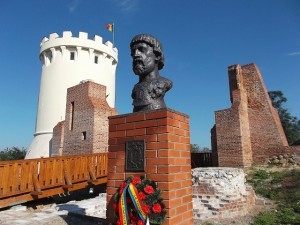 A peasants’ revolt broke out in 5,000-population Ardud, in Satu Mare County, against the national government and the European Union after locals discovered a Church project to house the elderly was actually a secret migrant centre. The deception only came to light when the organisation running the camp started interviewing locals for jobs, and applicants were explicitly told they would be caring for migrants, reports Romanian national television news channel B1.

The project was part financed by the European Union, reports news site Expunere, and was organised through the interior ministry with the assistance of a French Christian fraternity who were to implement it on the ground. Now the plan has been shelved because locals organised quickly and promised the government “violence” if they didn’t reconsider.

One of the ringleaders of the revolt, which saw hundreds of local residents descend upon the town hall to petition a representative of the national government is 28 year old “hero” Ionut Sabau, a forrester and farmer born and raised in the town. He told press he would resist the plans fiercely because he had lived for a year in Paris, France, in a “predominantly Muslim neighbourhood”, and had seen the trouble migrants would bring with them.

The news of the surprise migrant centre for their community arrived in Ardud the same day the world learned of the murder of a young volunteer at a migrant centre in Sweden. The timing stiffened local opposition to the plan and caused nothing less than an “uprising”, reports Romanian newspaper Gandul.

The town mayor shared the concerns of the citizens and organised a town meeting to be attended by a representative of the national government. Speaking at the meeting, Mr. Sabu said: “We do not agree to the project under any circumstances whatsoever.

“I don’t care what the law says, whether the state approves or not. We are ready to use violence if you tread upon our will. Let us be perfectly clear to the project managers and everyone else — we will use violence if you go ahead. We are letting you know, so you can’t be surprised.

“Nobody can say we are being unclear! The local television is here, and I hope everyone gets the message”.

At this point Mr. Sabu is interrupted by the government prefect, who reminds him there are “institutions” he can go through if he objects, and tells him not to take justice into his own hands. Undaunted, Mr. Sabu continues:

“I understand that. But our children must also grow up in safe and civilised conditions, and we don’t want to end up like Western Europe where they are afraid to let children go to school alone, to leave wives alone on the street. We want none of that here.

“This is not just a matter of the Romanian state [as a whole]. We are simply defending our own families”.

Romania has been off the beaten track for most migrants, with only a handful deciding to settle in the less prosperous and deeply conservative eastern European state of their own free will. Just 71 illegal migrants were caught in January, most of which were hoping to pass north through the country on their way elsewhere.

Yet the number of migrants arriving legally is increasing, including those who were to be housed in Ardud, thanks to the European Union. Under the terms of the new migrant resettlement plan, Romania is to take 6,300 migrants in the first tranche of relocations, reports Digi24Romania.