One of Poland’s most popular weekly magazines has splashed a graphic depiction of the rape of Europe’s women by migrants on its front cover. The image may be one of the most politically incorrect illustrations of the migrant crisis to date.

While Poland is generally much more relaxed about expressing itself than the self censoring tendencies of western and northern Europe, the cover of the latest wSieci (The Network) conservative magazine has already prompted reaction just 24 hours after release, being beamed around the continent by social media.

Featuring a personification of Europa being pawed at by dark hands — what the German media would perhaps euphemistically term “southern” or “Mediterranean” — the headline decries the “Islamic Rape of Europe”. 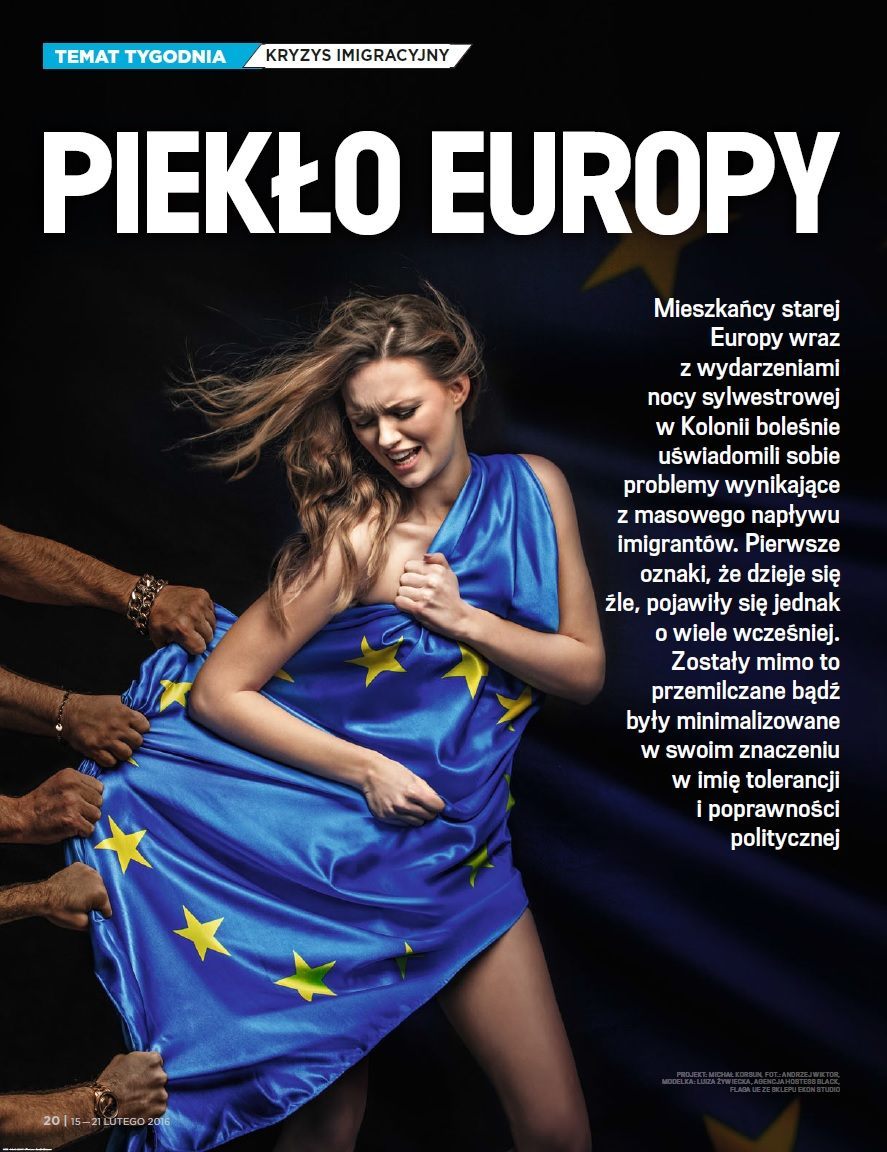 Making perfectly clear the intention of the edition, the edition features articles titled ‘Does Europe Want to Commit Suicide?’ and ‘The Hell of Europe’. The news-stand blurb declares: “In the new issue of the weekly Network, a report about what the media and Brussels elite are hiding from the citizens of the European Union”.

Opening the cover article, Aleksandra Rybinska writes: “The people of old Europe after the events of New Year’s Eve in Cologne painfully realised the problems arising from the massive influx of immigrants. The first signs that things were going wrong, however, were there a lot earlier. They were still ignored or were minimised in significance in the name of tolerance and political correctness”.

Outlining the fundamental differences between eastern Islam and western Christianity — “culture, architecture, music, gastronomy, dress” — the editorial explains these two worlds have been at war “over the last 14 centuries” and the world is now witnessing a colossal “clash of two civilisations in the countries of old Europe”. This clash is brought by Muslims who come to Europe and “carry conflict with the Western world as part of the collective consciousness”, as the journalist marks the inevitability of conflict between native Europeans and their new guests. 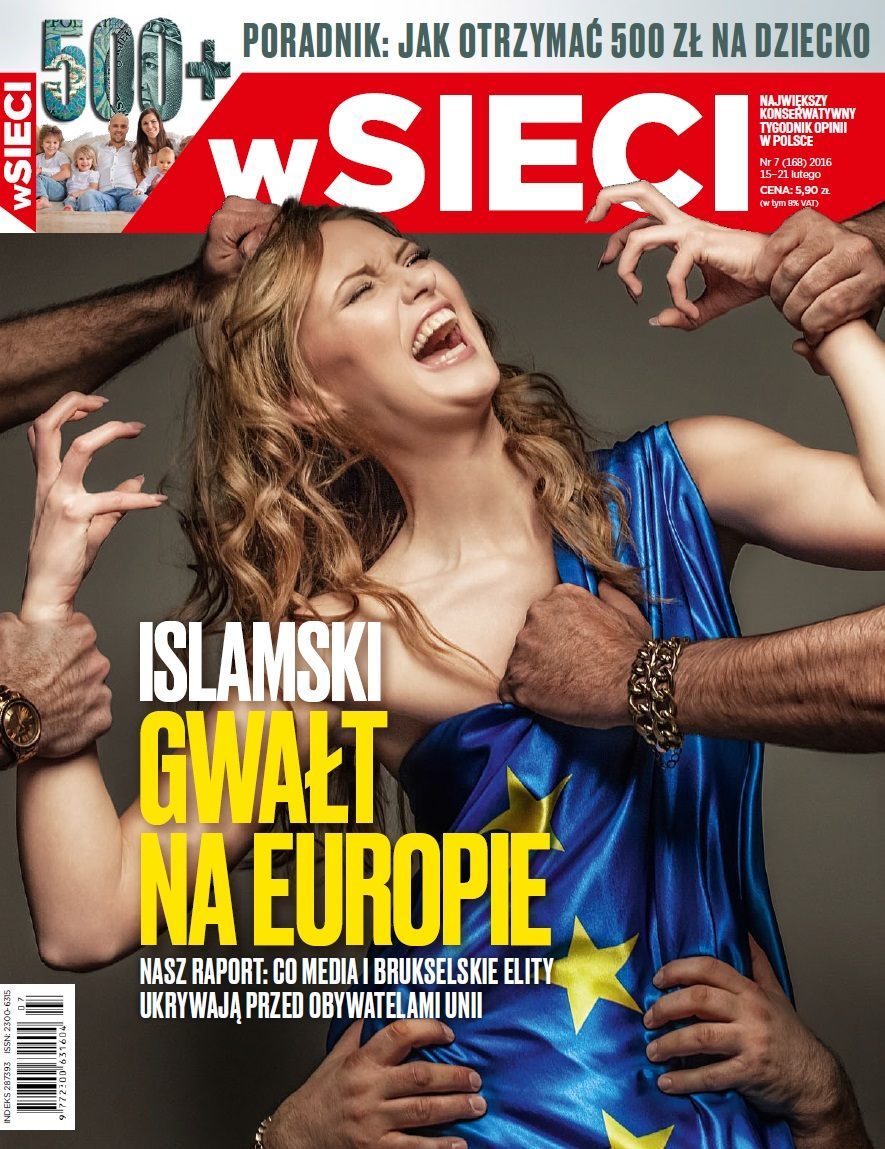 The collapse of the West in the face of this “Islamic rape” was not inevitable though, as Rybinska quoted British historian Arnold Toynbee: “Civilisations die from suicide, not by murder”.

Underlining the element of choice Europe has had in accepting the migrant crisis, the article cites the early signs of extreme violence perpetrated by migrants — in this case on each other. Recalling an asylum centre riot in Germany also reported on by Breitbart London in August where inmates part-demolished their own taxpayer funded homes because of a dispute over the Koran and attacked police officers while screaming “Allahu Akhbar”, Ms. Rybinska also recounted the fates of Christian asylum seekers beaten by their Muslim counterparts.

The article lists dozens of recorded sex attacks from the past few weeks, often visited upon under-age Europeans, but it is not just migrants who come in for criticism from wSieci. The magazine also had strong words for German Chancellor Angela Merkel, who it accuses of listening more to the German industrial lobby which it claims campaigns for cheap labour from outside the European Union.

As a feature begging the question ‘Does Europe Want to Commit Suicide’ concludes, “There is concern that European leaders have too late drawn the obvious conclusions, and some of them feel self-loathing”. “Europe is an oasis of prosperity and peace” compared to Africa and the Middle East, it contends, but the arrival of “millions” of cultural Muslims will “shock and undermine Europe”. The blame for this, the article lays firmly at the feet of Mrs. Merkel.