Blond haired activists with piercings and dreadlocks allegedly led three migrants to their deaths yesterday, distributing inaccurate maps and corralling them across a river. Hundred of migrants have been returned to Greece, and the activists walked free with €250 fines.

Around twelve to fourteen thousand mostly Middle Eastern migrants have been camped for nearly three weeks near the village of Idomeni, ever since the border between Macedonia and Greece was closed off.

However, all of a sudden yesterday several thousand migrants simultaneously embarked on a near four mile trek, across a swollen river, in an attempt to get around the new border fence.

The migrants were equipped with maps to show them the way and ropes to traverse the raging waters. 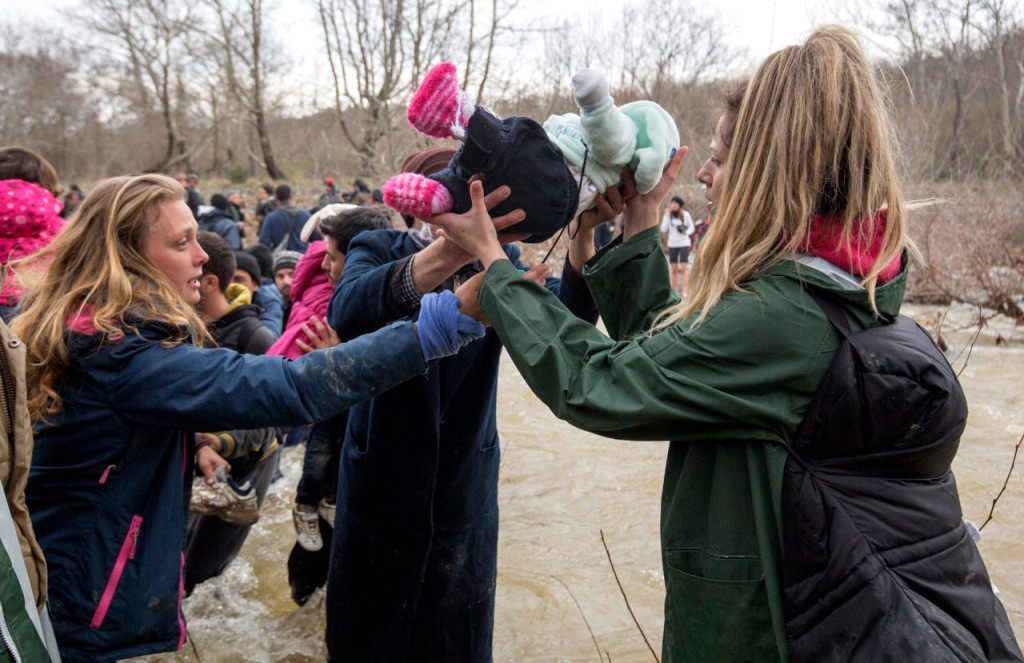 Migrants try to cross a river after leaving the Idomeni refugee camp on March 13, 2016 in Idomeni, Greece. (Matt Cardy/Getty Images)

The Macedonian police and armed forces were quick to catch up with them. Last night police said they had detained 2,445 migrants for illegal crossing, and a further 37 journalists traveling with them.

This morning, they confirmed that 600 migrants have already been returned to Greece.

Petros Tanos, a police spokesman in northern Greece, told Reuters yesterday that they were investigating the media reports of leaflets circulated in the Idomeni camp, urging migrants to march on Monday.

“We do not know who produced it…nor how they found the ropes yet,” he said, referring to ropes used to cross the river.

Those responsible are thought to be mostly German activists, who were photographed assisting the migrants across the river. Those pictures had blond hair, piercings, dreadlocks, and hippy-like attire.

According to Sunday Times journalist Bojan Pancevski, they were find just €250 and set free.

Most shockingly, however, three migrants died during the escapade – reported to be a pregnant woman, her teenage sister and a man. It is not know if the allegedly German activists will be investigated for manslaughter. 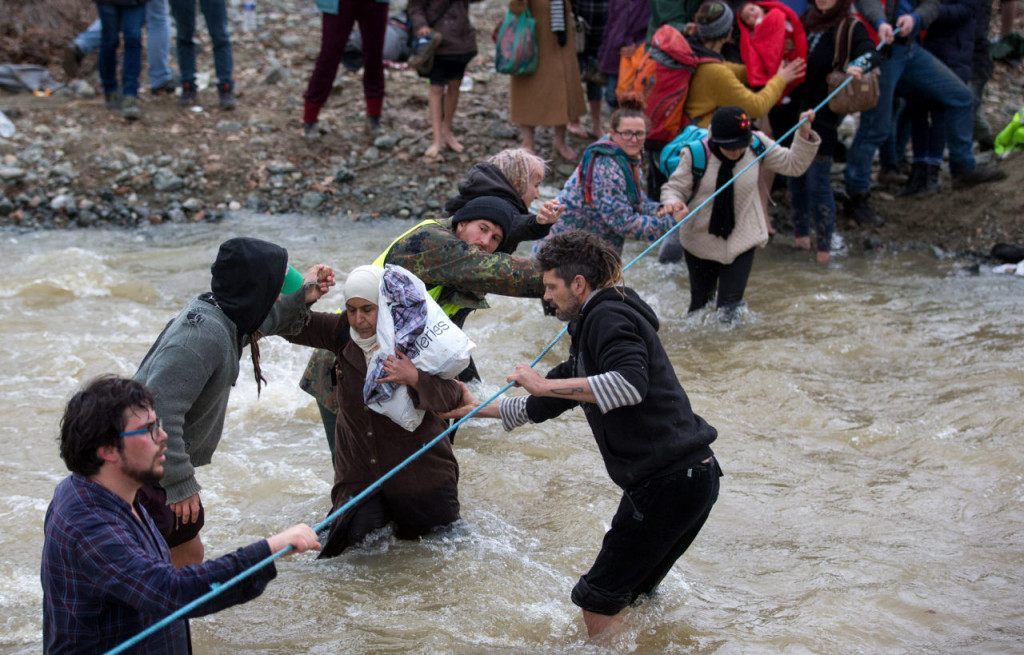 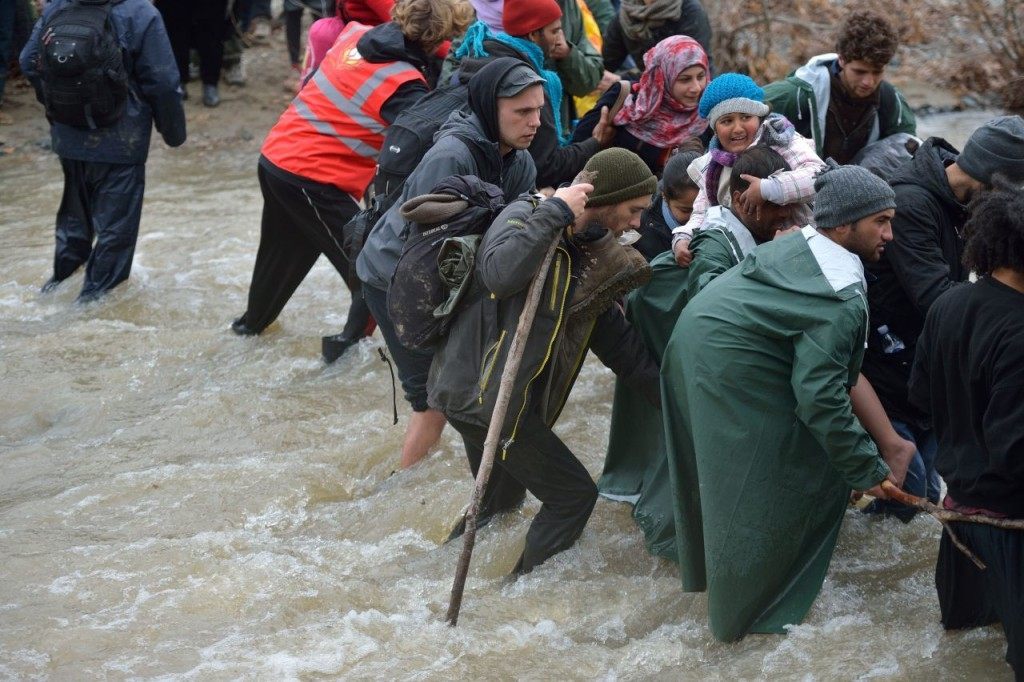 The apparent appearance of left wing, open border agitators in the rapidly growing Greek migrant camps will be seen as alarming by some. Such people have been a fixture in the Calais migrant camp for some time, and have been accused of whipping up violence and coordinating aggressive protests.

Over the weekend, migrants in Idomeni held an aggressive protest, placing babies on railway tracks and demanding open borders. They were equipped with signs, neatly written in English.

Meanwhile, in another demonstration of how desperate migrants are becoming since the so-called Balkans route was “closed”, a Serbian customs spokeswoman said 33 migrants trying to cross into Serbia from Macedonia had been found in an empty cargo train.

The group, aged between 18 and 26, were mainly Afghans, but also included Syrians and Libyans. All but one were men. 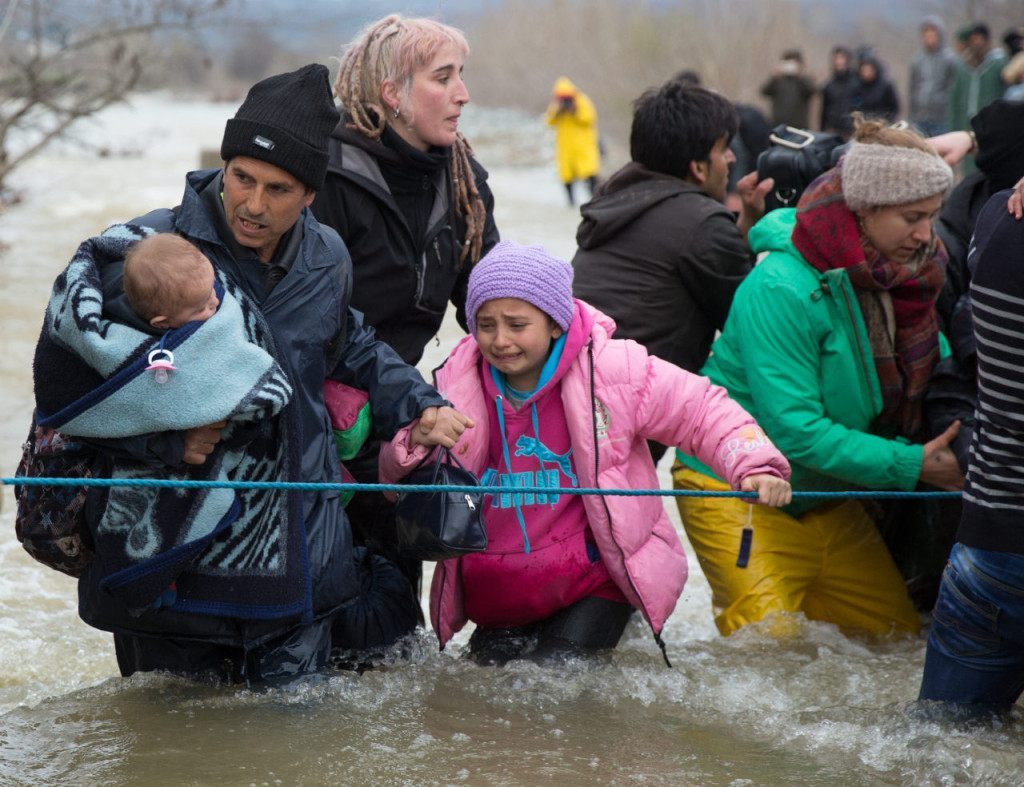 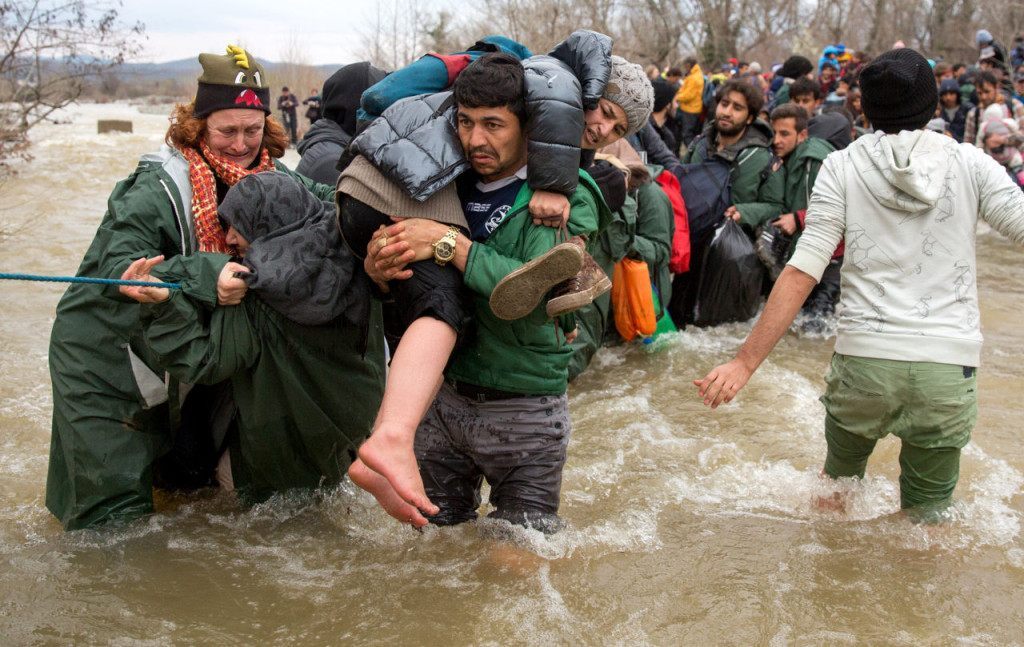 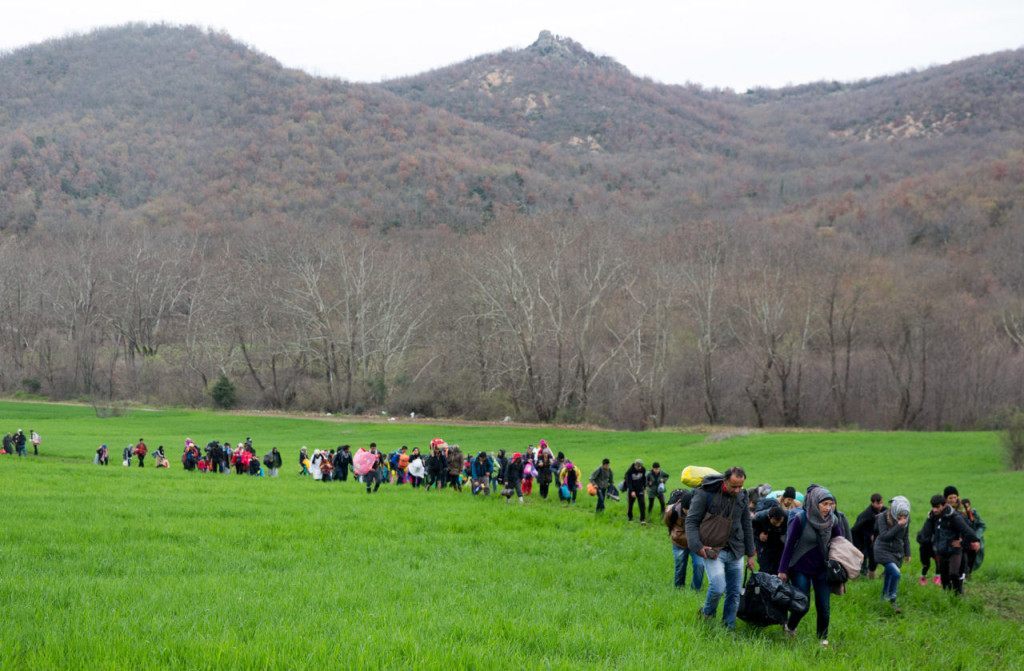 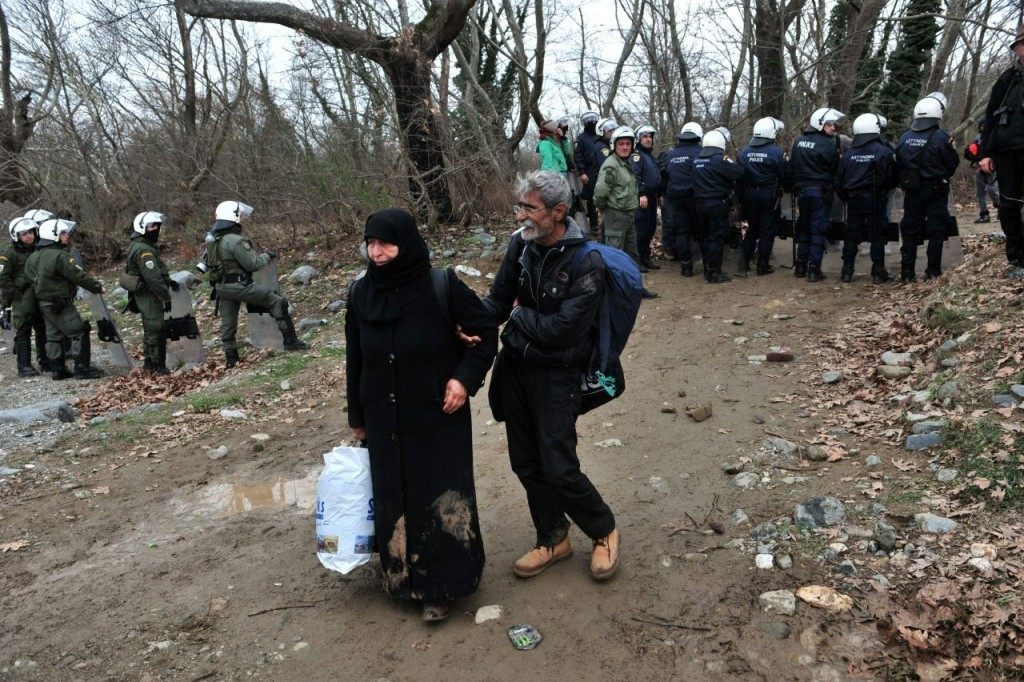