(Reuters) – The European Union should grant Turkish citizens visa-free access if Turkey meets a “critical mass” of legal conditions, the EU Commission will say on Wednesday, offering concessions to Ankara in the hope of sealing a deal on sending back migrants.

The Commission will propose how the EU would meet its side of the deal under which Turkey would take back migrants and refugees crossing into the bloc — the main strategy in trying to stem the biggest human migration in Europe since World War Two, an official involved in drafting the paper told Reuters.

EU leaders hope to agree on the politically and legally tricky issue at a summit on Thursday and Friday.

By suggesting Turkey meets only “critical mass” of requirements on things like judicial reform, the Commission is taking a softer line than some governments such as France which want Ankara to meet 72 requirements before its nearly 80 million citizens can travel to the 28-nation EU without visas.

Rushing the process through to meet a June deadline set in a preliminary EU-Turkey deal reached on March 7, the Commission aims to make a legislative proposal on visa liberalisation in April, which the European Parliament and EU states would have to adopt within weeks. 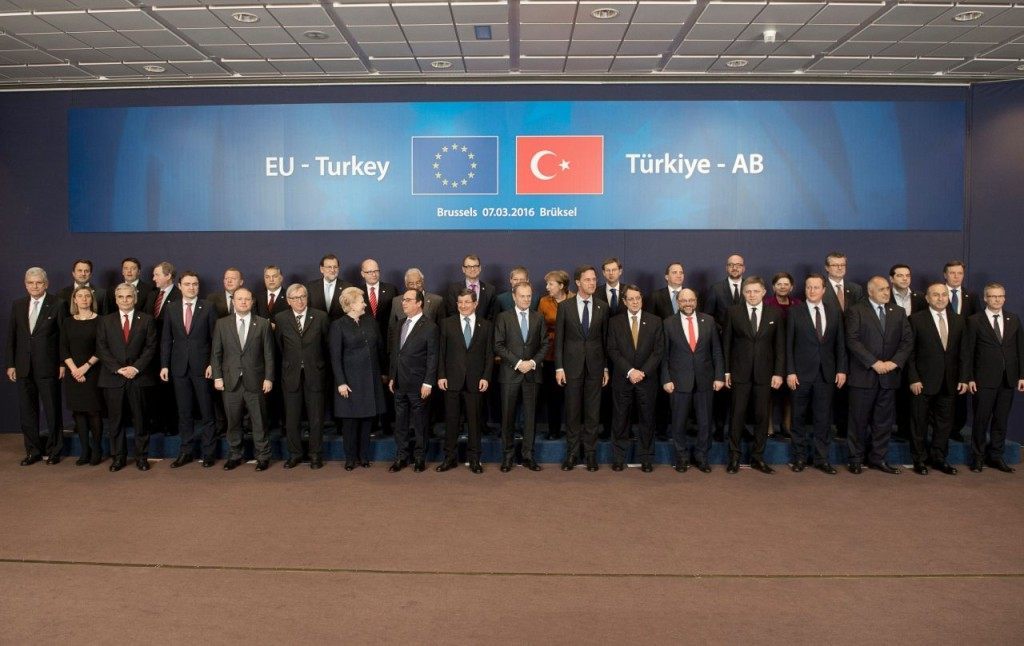 Addressing a threat by Cyprus to block parts of the deal unless Turkey stops opposing the reunification of the divided island, the Commission paper will propose that opening five new “chapters” in Turkey’s negotiations to join the EU — another promise made in March — would be “conditional”, the official said.

While human rights groups and some governments have concerns about the legality of returning refugees en masse to Turkey, the Commission will ask Greece to declare Turkey a “safe third country”.

This would allow speedier returns, as Athens would be able to send people back even before the end of an appeal procedure for rejected asylum applications, the official said.

The Greek authorities will however continue to process asylum applications case-by-case for all arriving migrants, as international rules decree. According to the preliminary deal, for every migrant returned to Turkey, one refugee would be resettled directly from Turkey to Europe.

Details of which EU countries should receive the resettled refugees will be discussed at the summit where leaders will also be asked to clarify how much more money the bloc is willing to spend to help refugees in Turkey, on top of an already agreed 3 billion euros (£2.3 billion).