Also known as Labour Day, May Day is a supposed international celebration of labourers, the working classes, and anti-capitalists values. 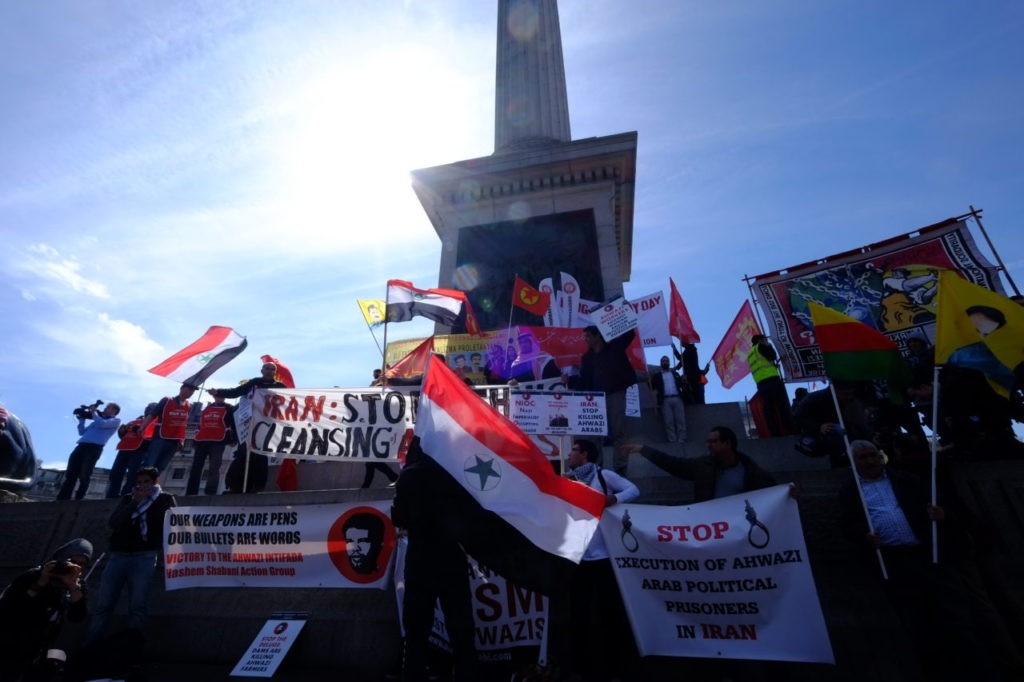 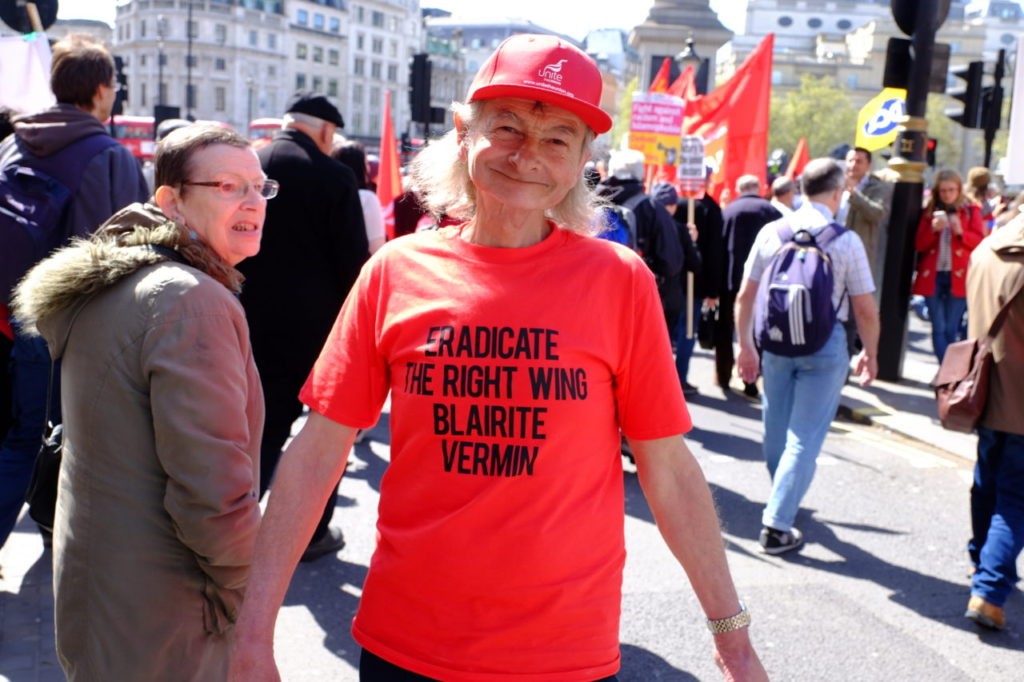 Hard left Mr. Corbyn is the first British Labour party leader to address a May Day rally in 50 years.

He spoke from the top of a red bus to a sea of red flags, adorned with the hammer and sickle of communism and the faces of dozens of genocidal dictators.

Many Partiya Karkeren Kurdistani (PKK), or Kurdistan Worker’s Party, flags flew openly among the crowd, despite the group being proscribed as an illegal terrorist group in the UK in March 2001. 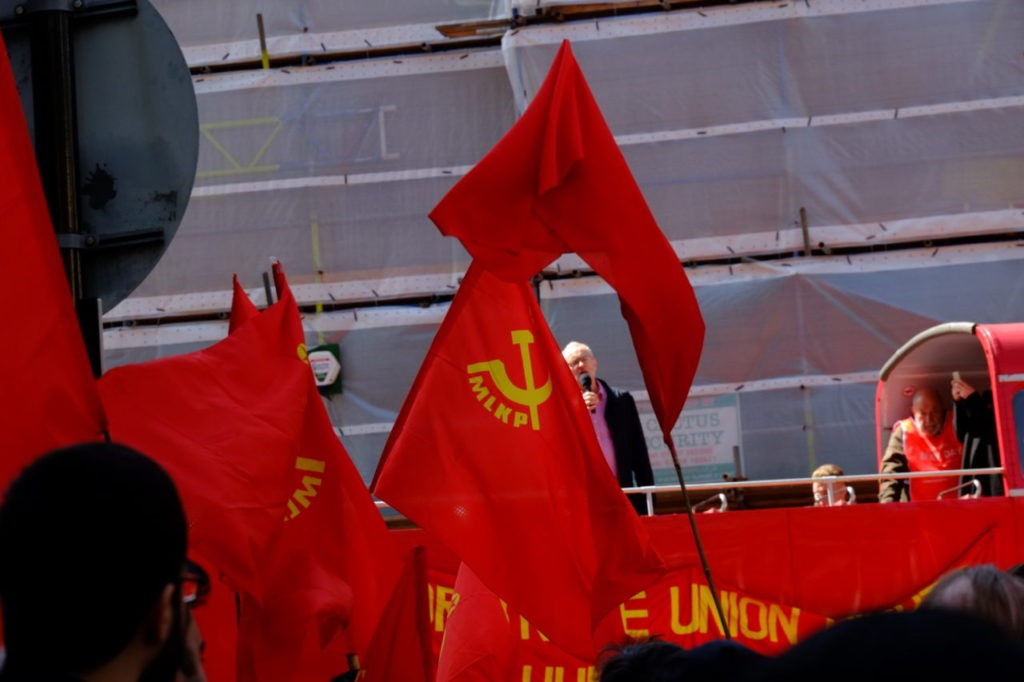 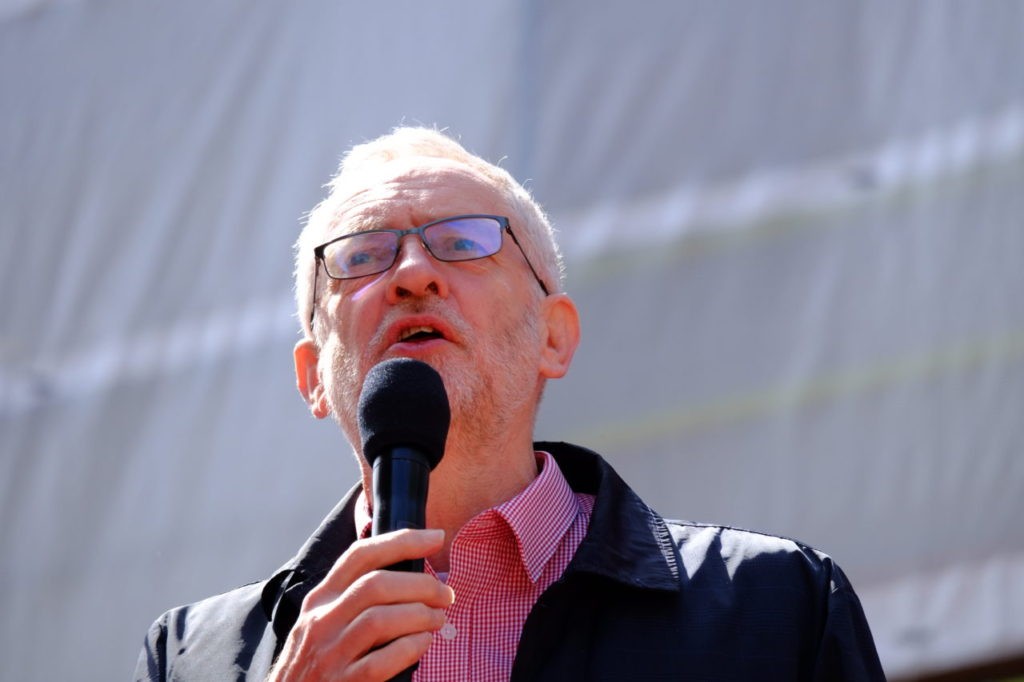 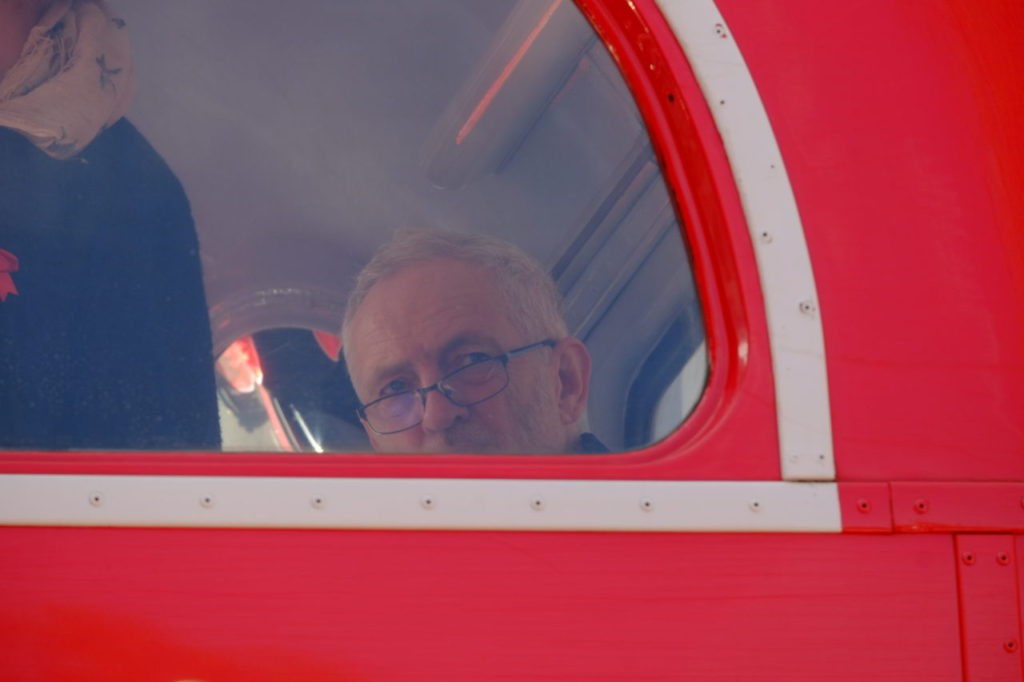 Mr. Corbyn, who has refused to acknowledge there is an anti-Semitism “problem” or “crisis” within his party, claimed his party were “united” and stood “against racism in any form”.

One huge banner in the crowd read: “Oppose witch-hunt against Livingstone – Led by enemies of Corbyn”. Ken Livingstone, the former Labour Mayor of London, has refused to apologise for claiming Hitler was a Zionist.

Another said: “Defend Palestinians against Zionist Terror! For a socialist republic of the near East!” 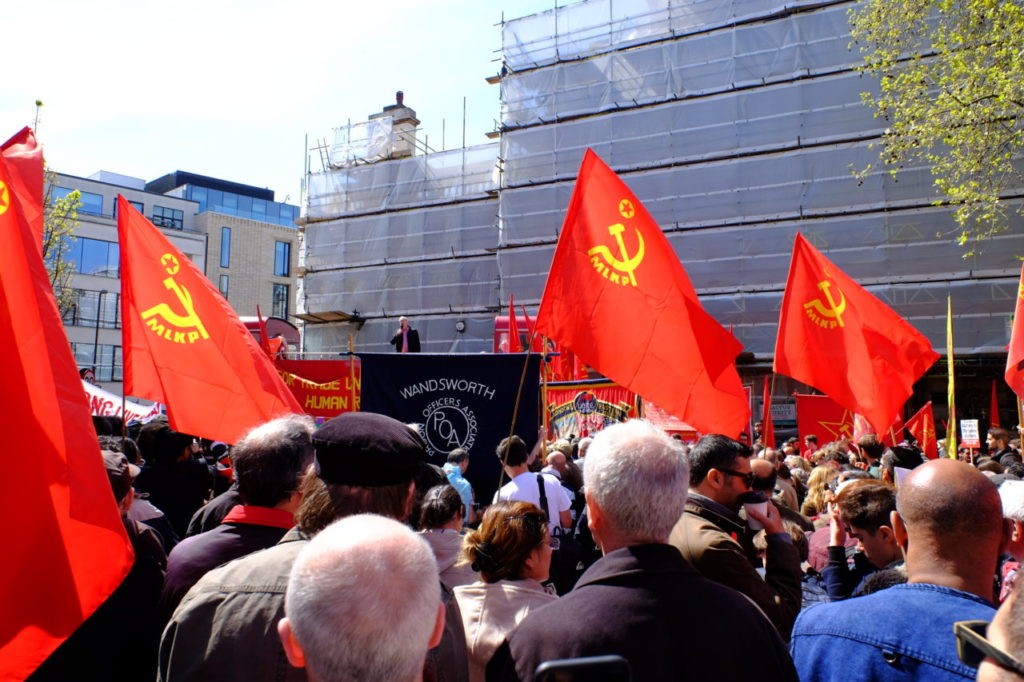 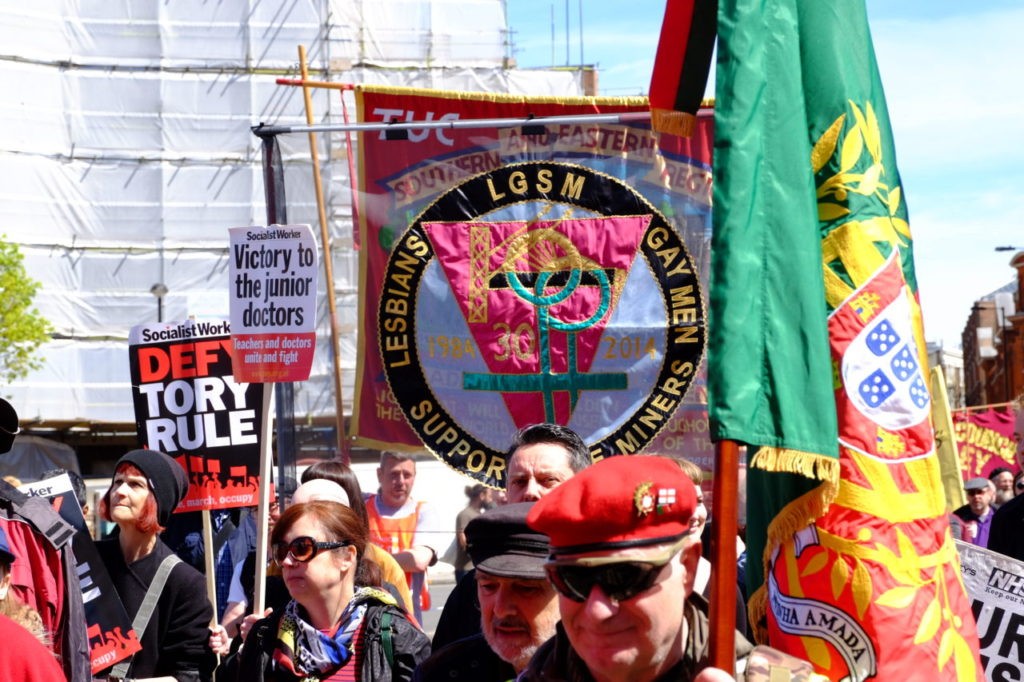 Mr. Corbyn told the crowd: “We stand in solidarity now against the growth of the far right across Europe that are more interested in blaming migrant workers, blaming victims of war who are refugees, than facing up to the reality that we are all human beings living on one planet and you solve problems by human rights, humanity and justice and respect, not by blaming minorities.

According to the Huffington Post, he continued: “And so we stand absolutely against anti-Semitism in any form.

“We stand absolutely against racism in any form. We stand united as a Labour movement, recognising our faith diversity, our ethnic diversity.

“And from that diversity comes our strength. That is the strength of our movement.” 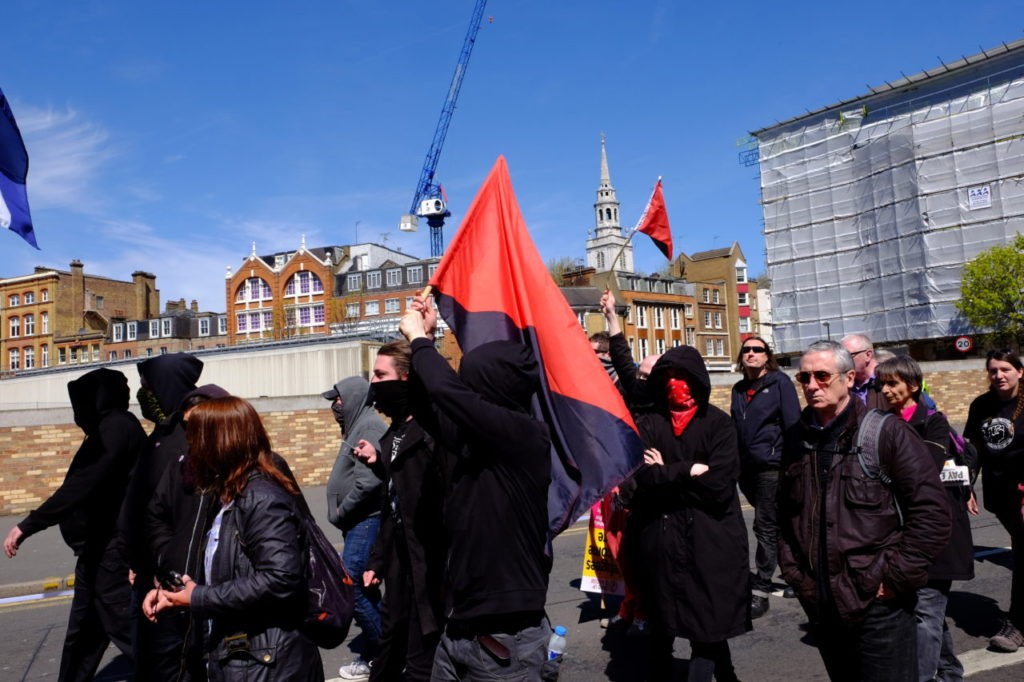 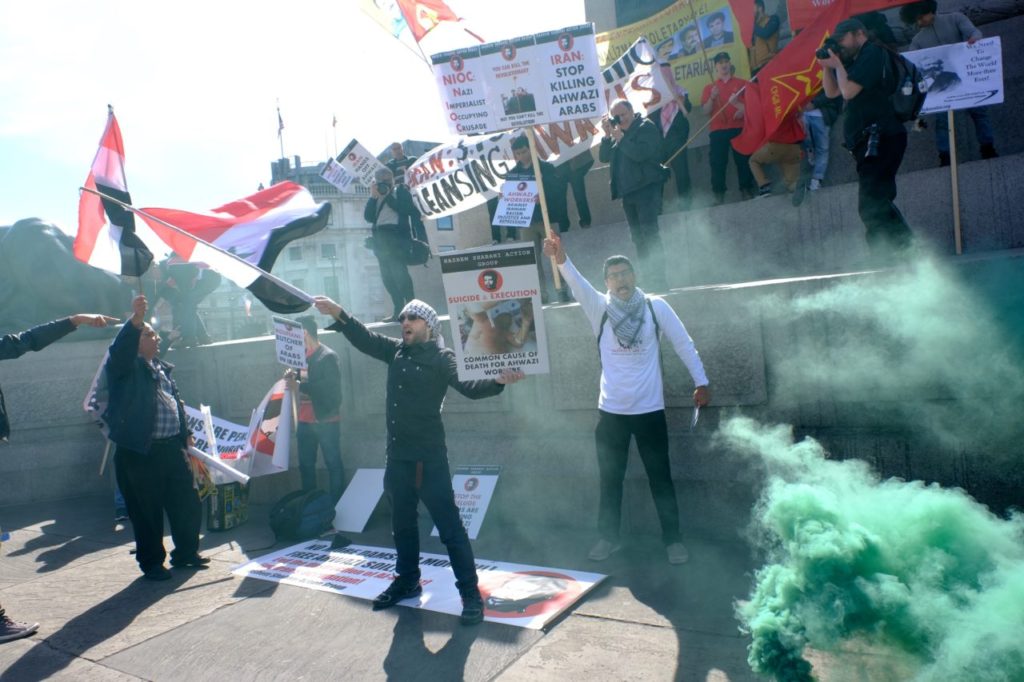 Yesterday, it was reported that Labour leader Jeremy Corbyn has commissioned an inquiry into anti-Semitism within his party.

Wide spread allegation of anti-Semitism were brought into focus after an MP was suspended for having previously called for the “transportation” of Jews from the Middle East and the former Labour Mayor of London refused to apologise for claiming Hitler was a “Zionist”.

Despite being a lifelong eurosceptic, Mr. Corbyn recently came out for staying in the EU. However, Eurosceptic sentiment was strong in the crowd. 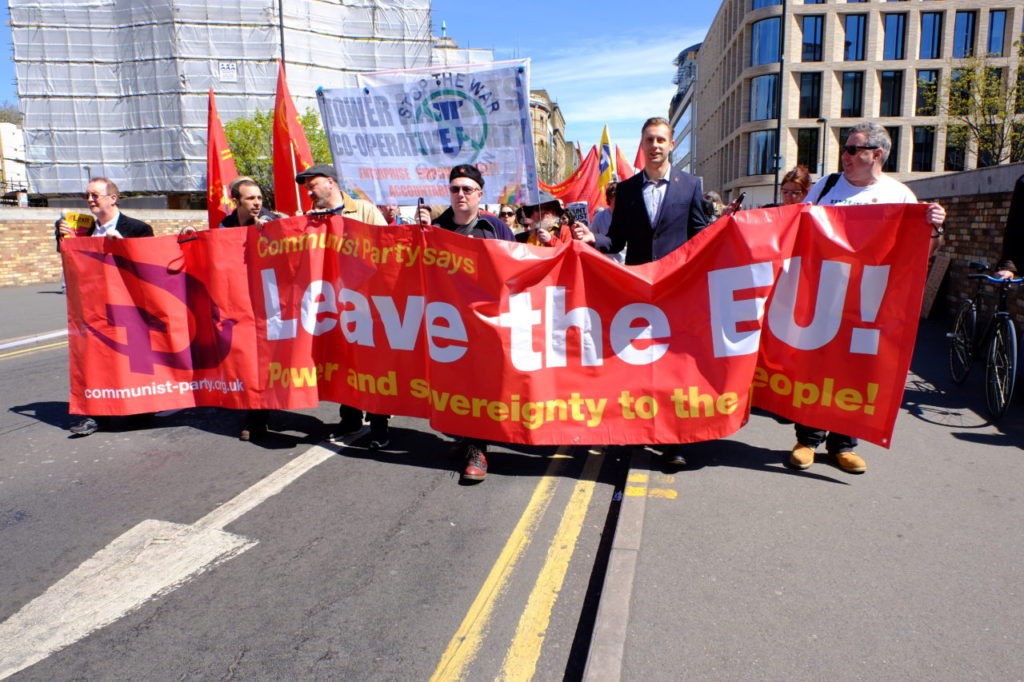 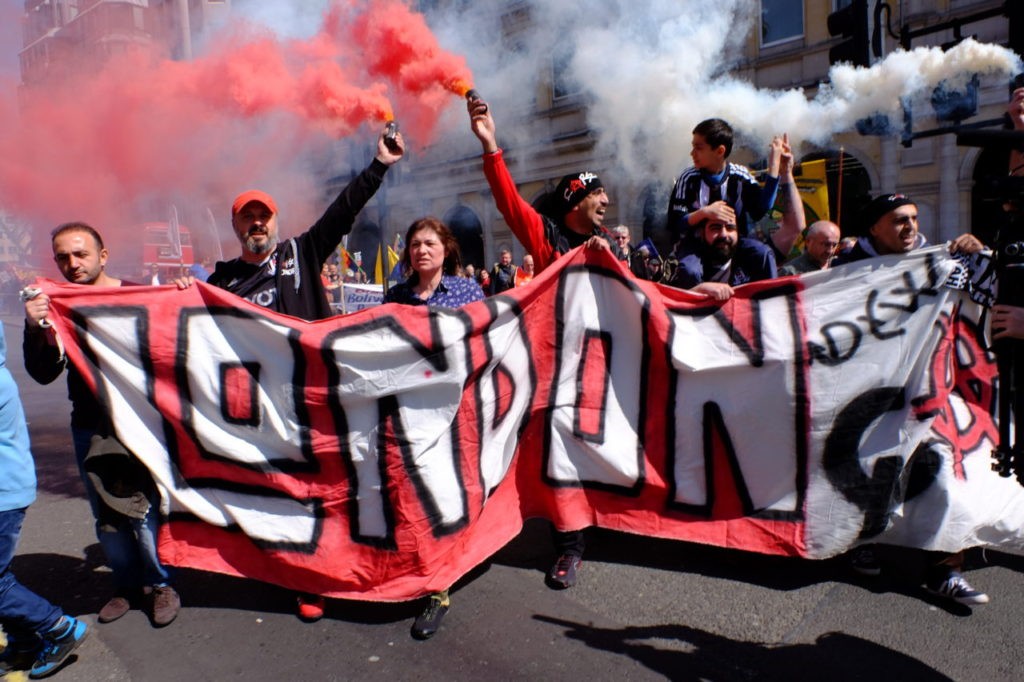 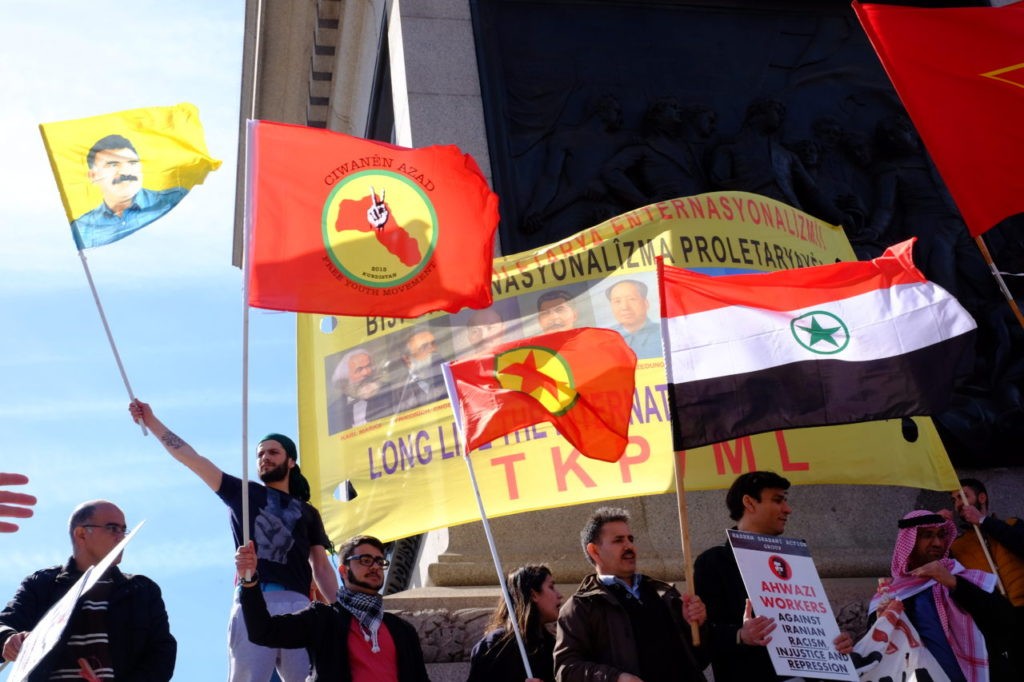 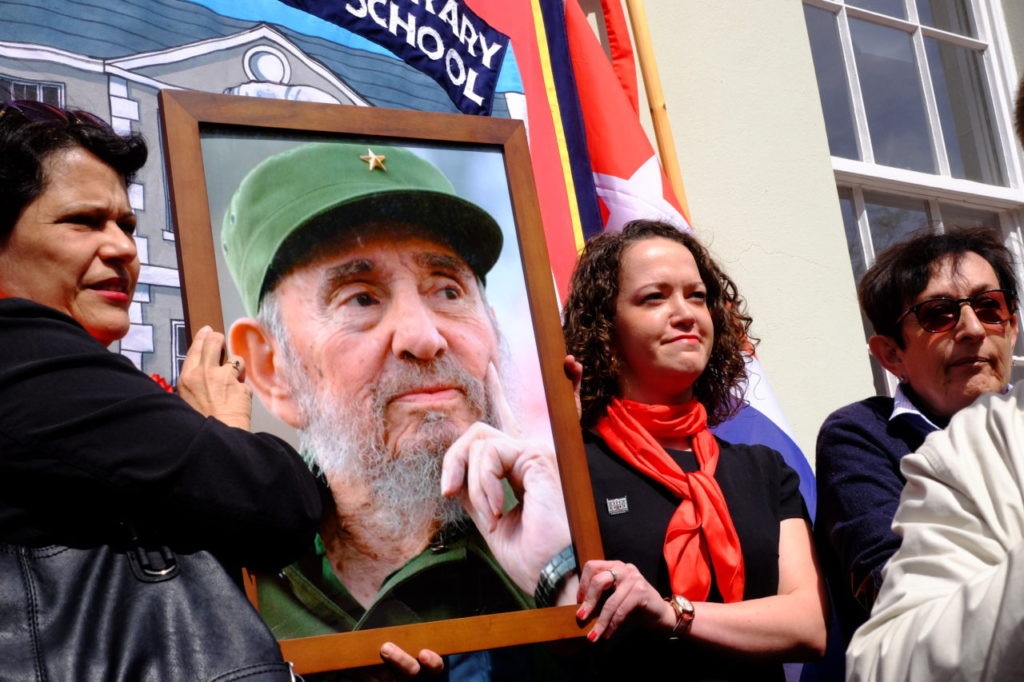 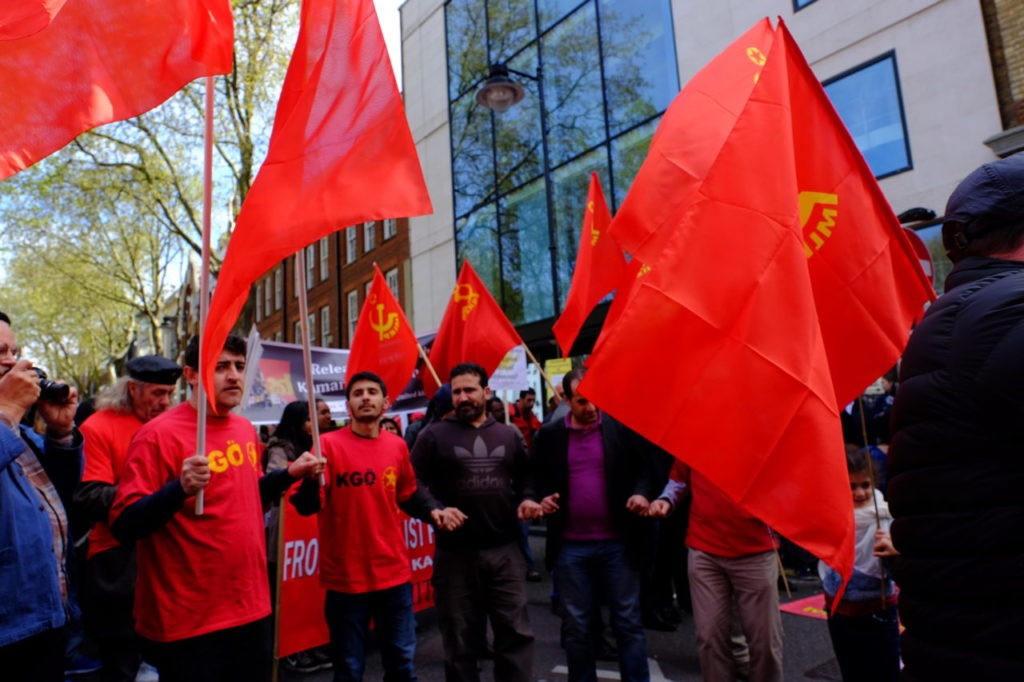 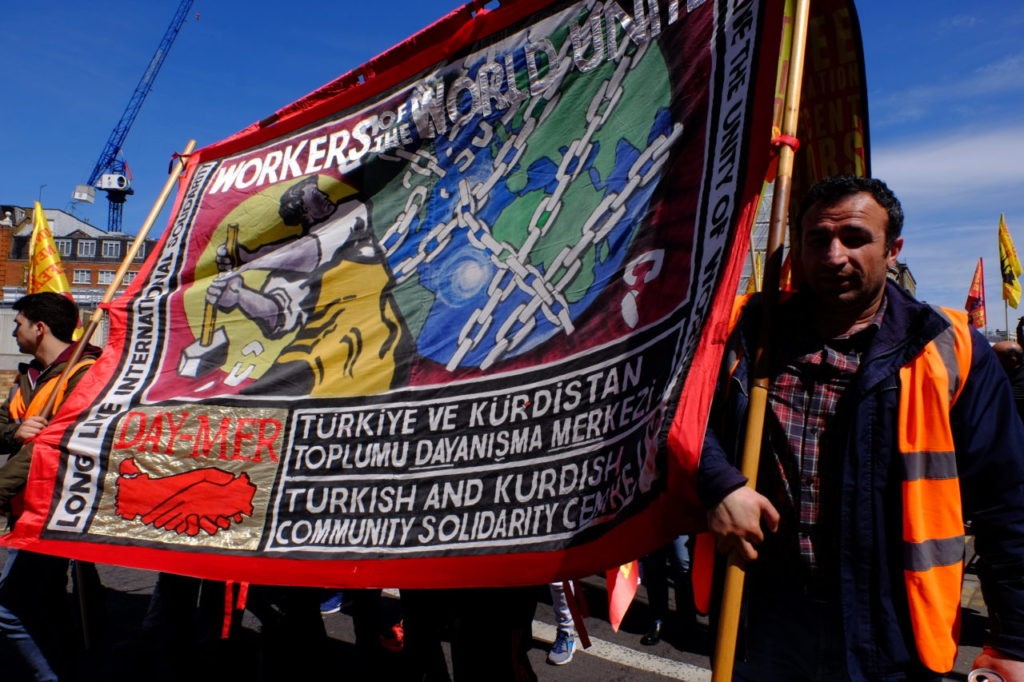 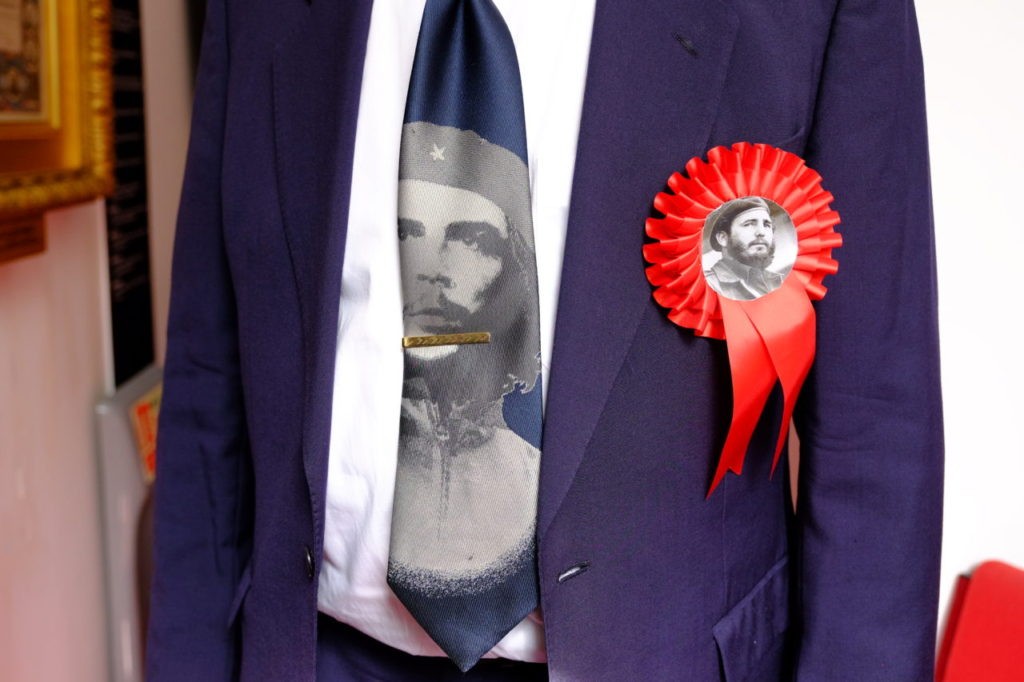 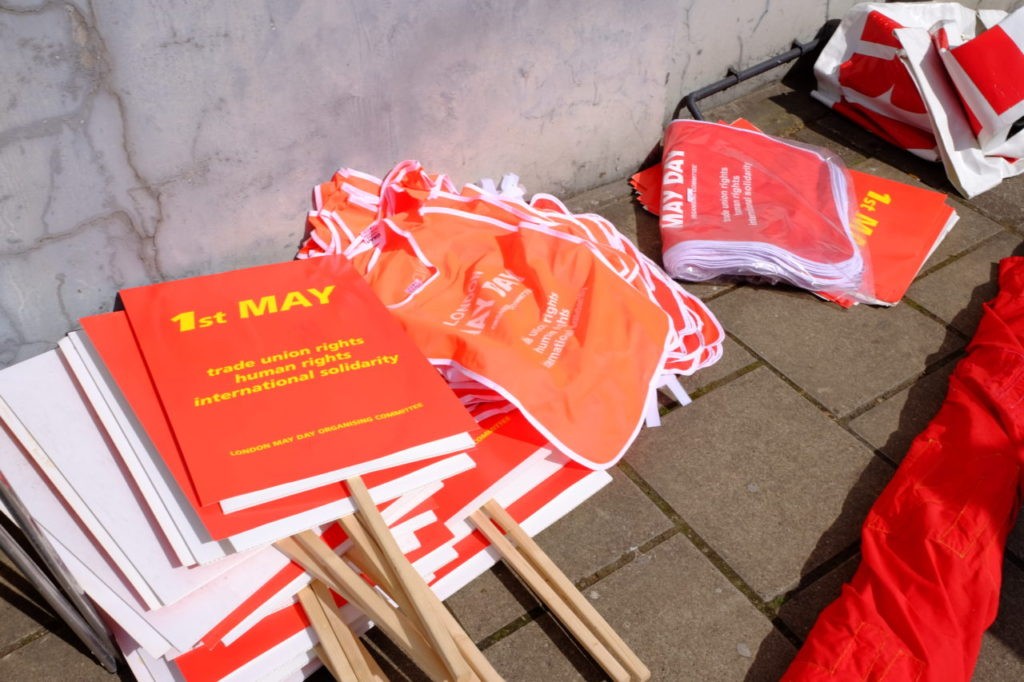 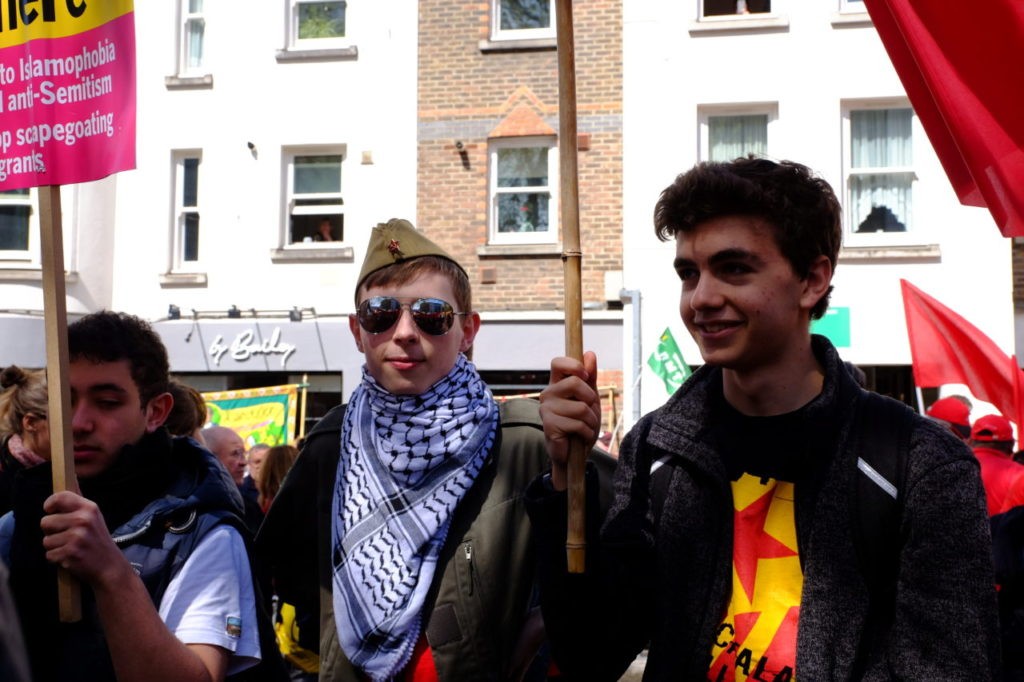 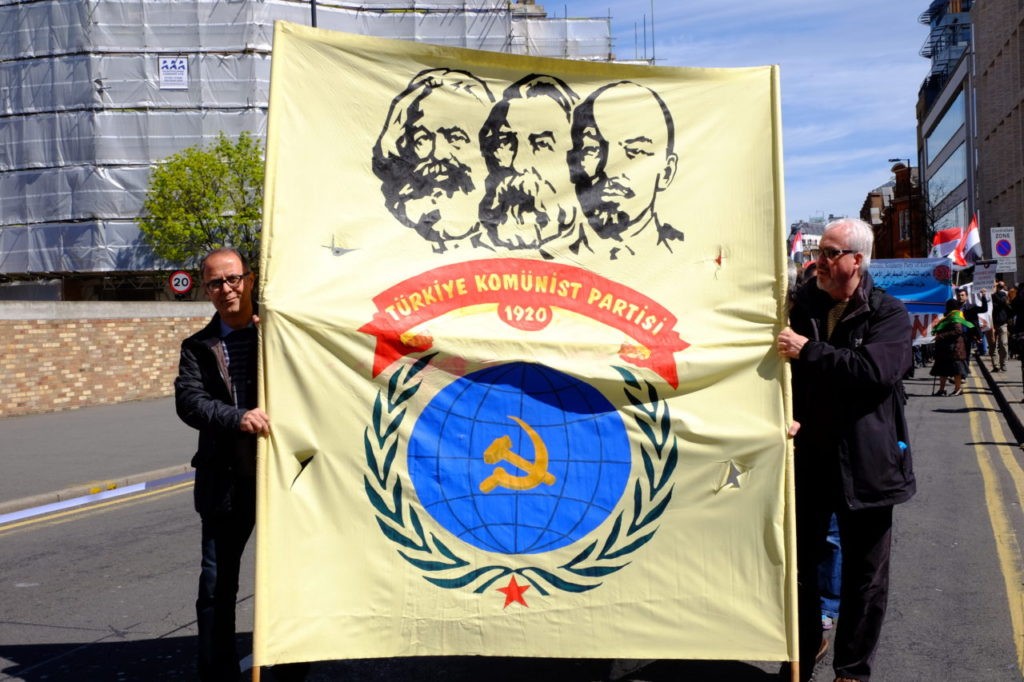 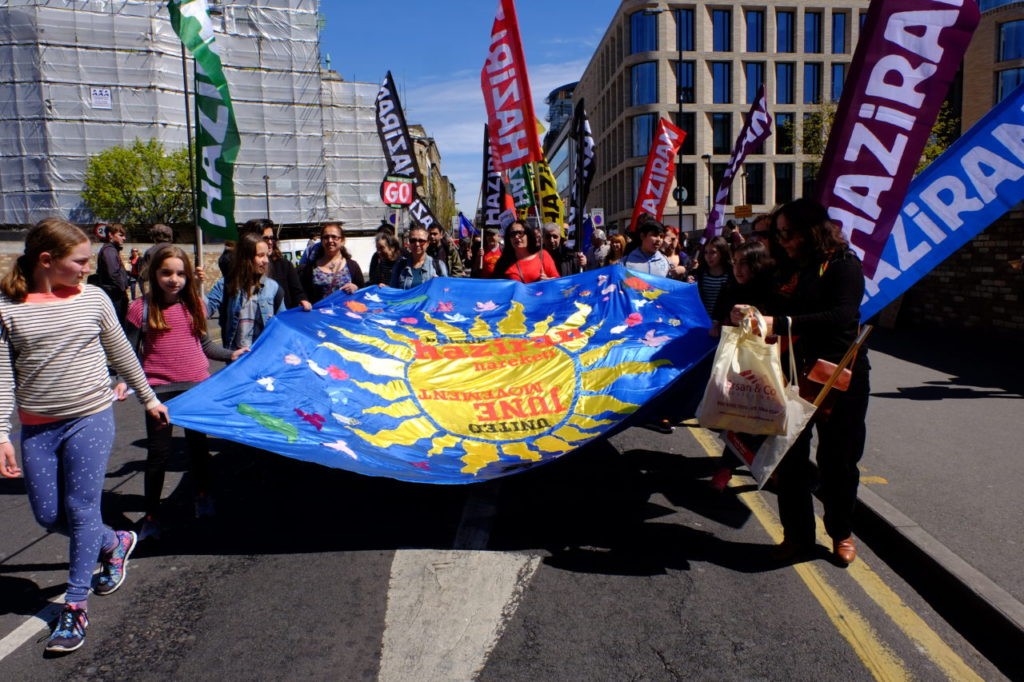 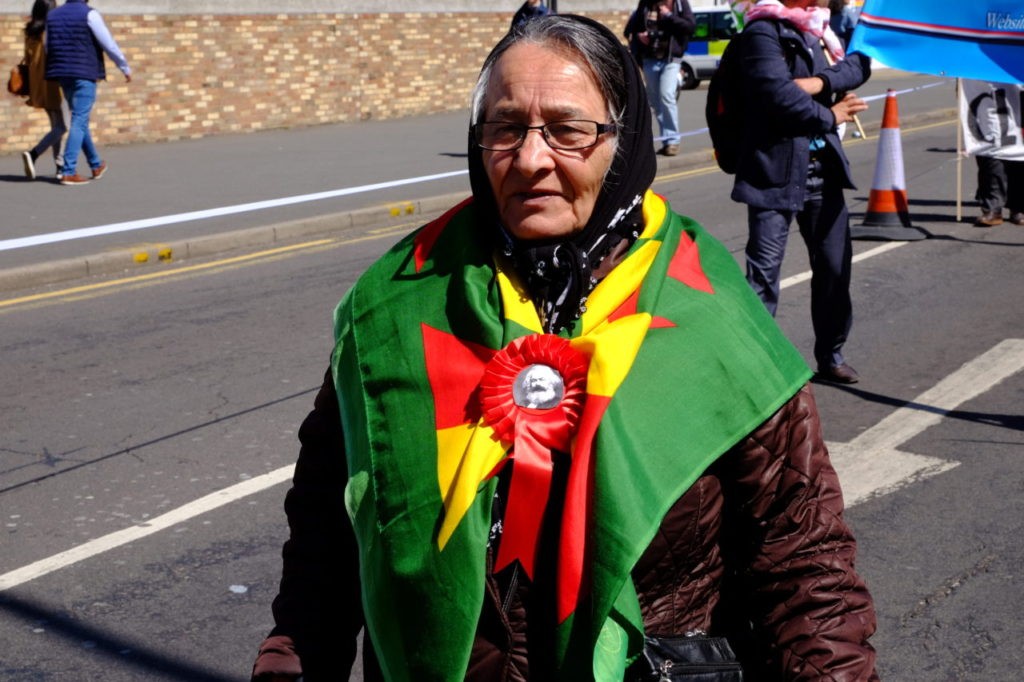 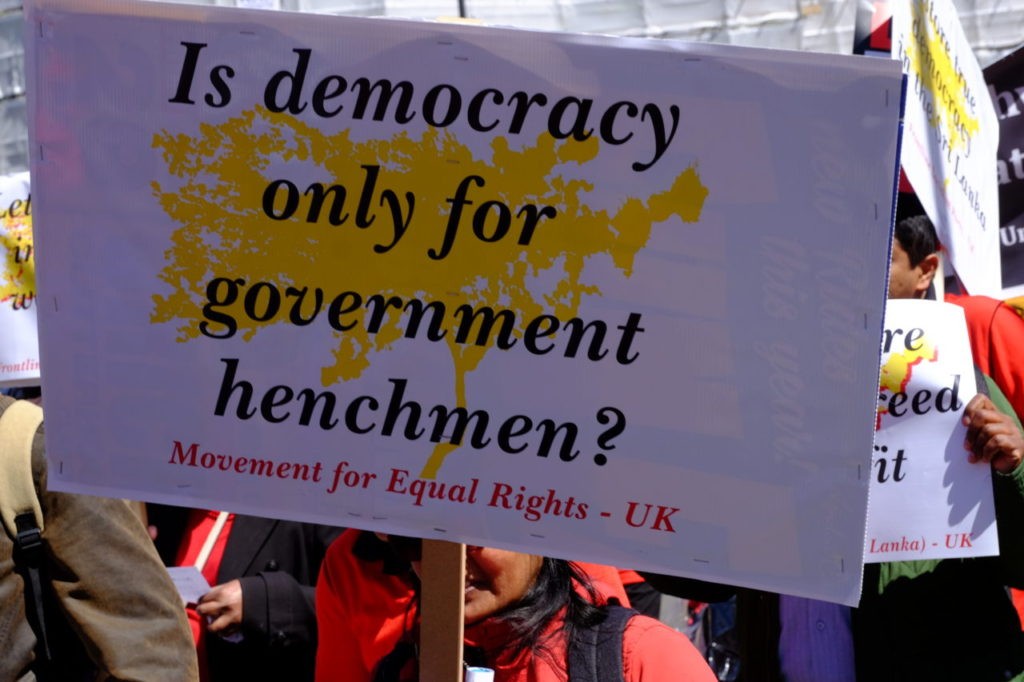 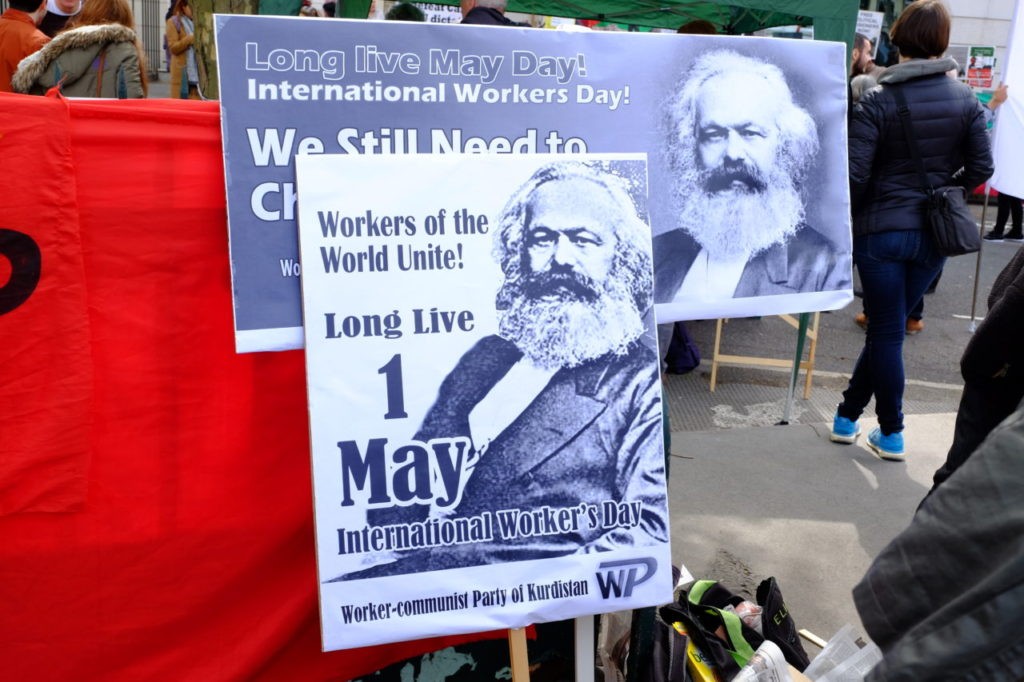 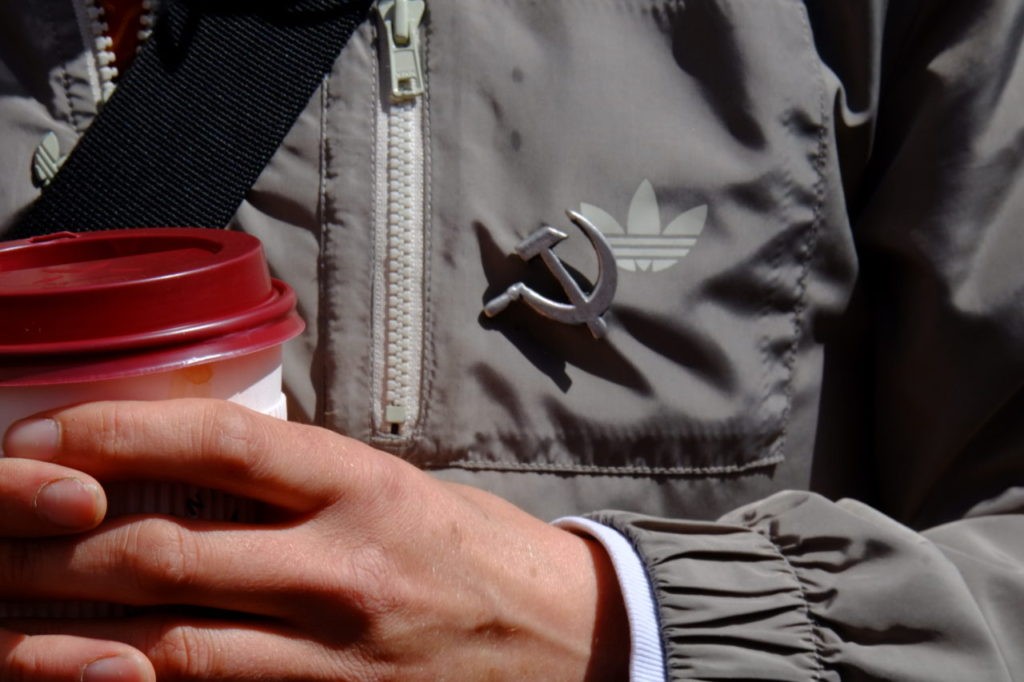