Three MPs have declared for Brexit overnight, but the media response has been somewhat muted compared to the decision of one MP yesterday to join ‘Remain’.

Veteran socialist Dennis Skinner, his Labour colleague John Mann and Conservative MP Paul Maynard have all announced they will be backing the campaign to leave the European Union (EU), however coverage has been scant compared to new yesterday that a junior Conservative had switched from Leave to Remain.

Yesterday, major news sites such as the BBC, Sky News, ITV News and the Guardian all splashed the news of Sarah Wollaston’s “defection” over their main pages, with the story also leading on BBC and ITV news broadcasts. 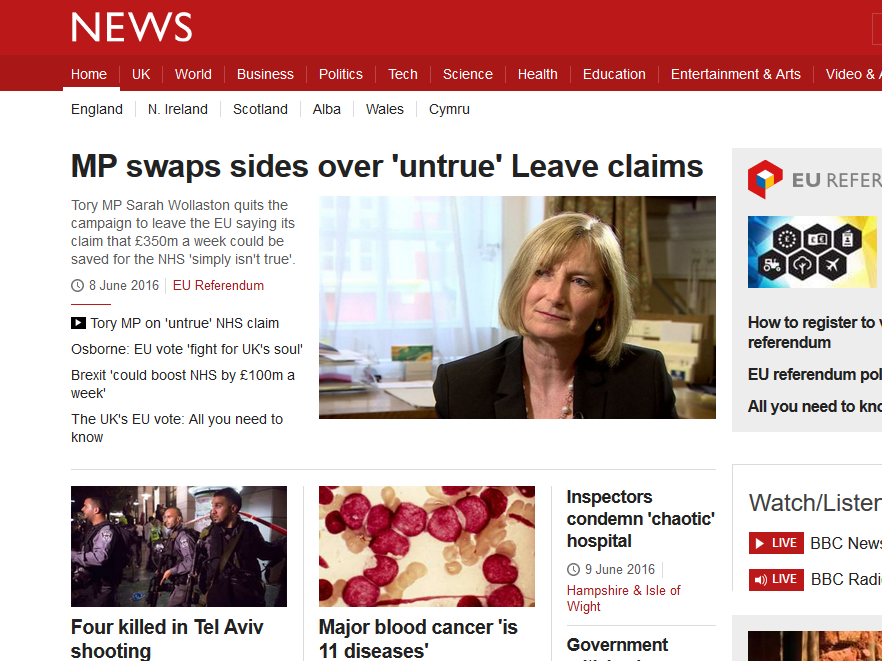 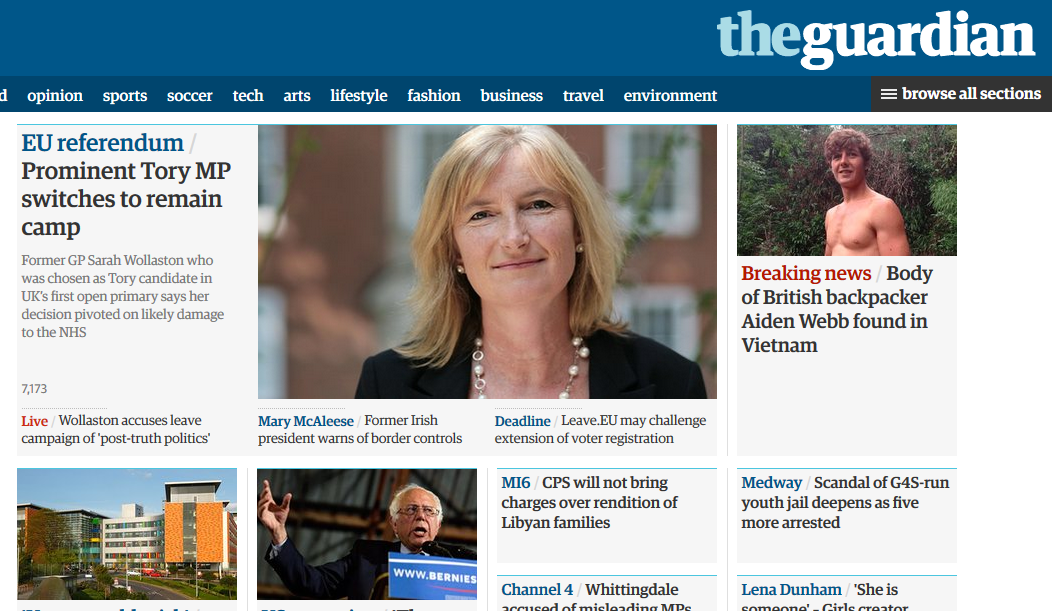 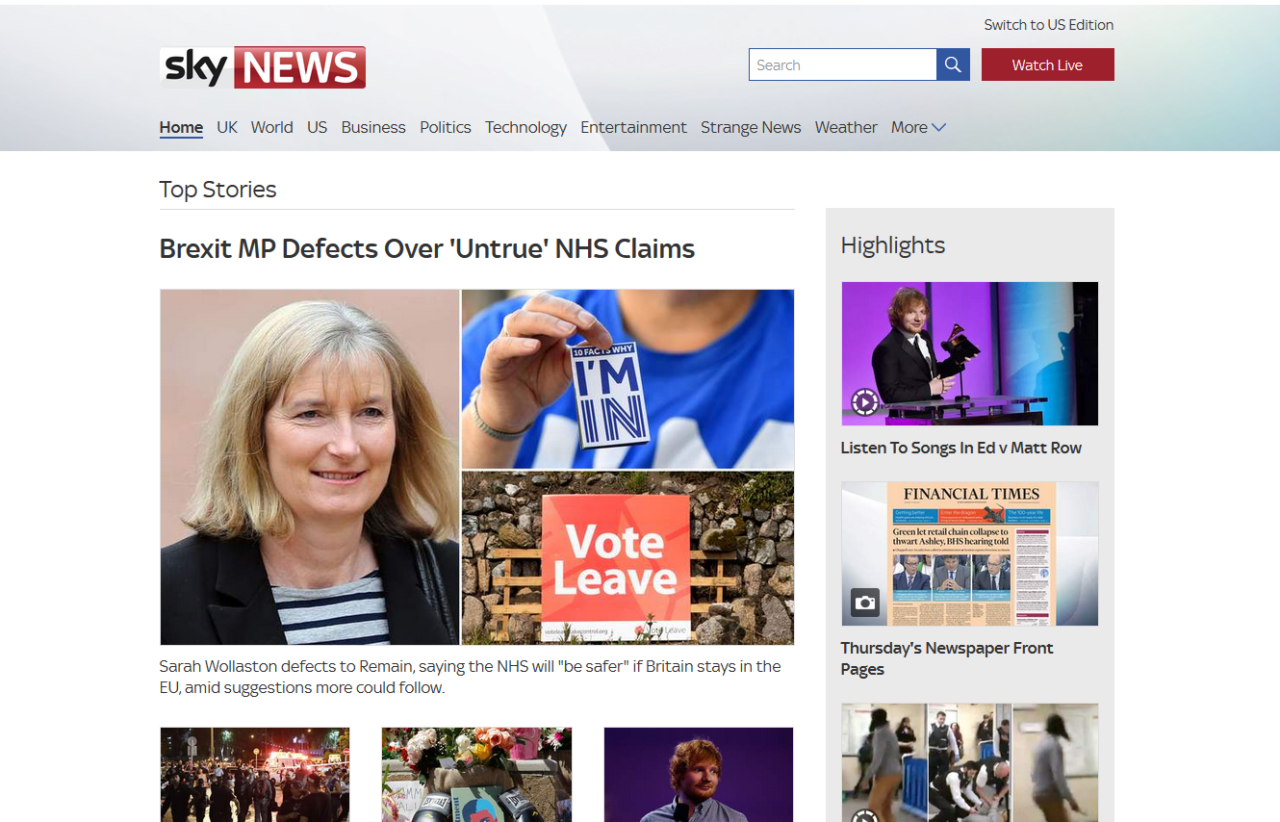 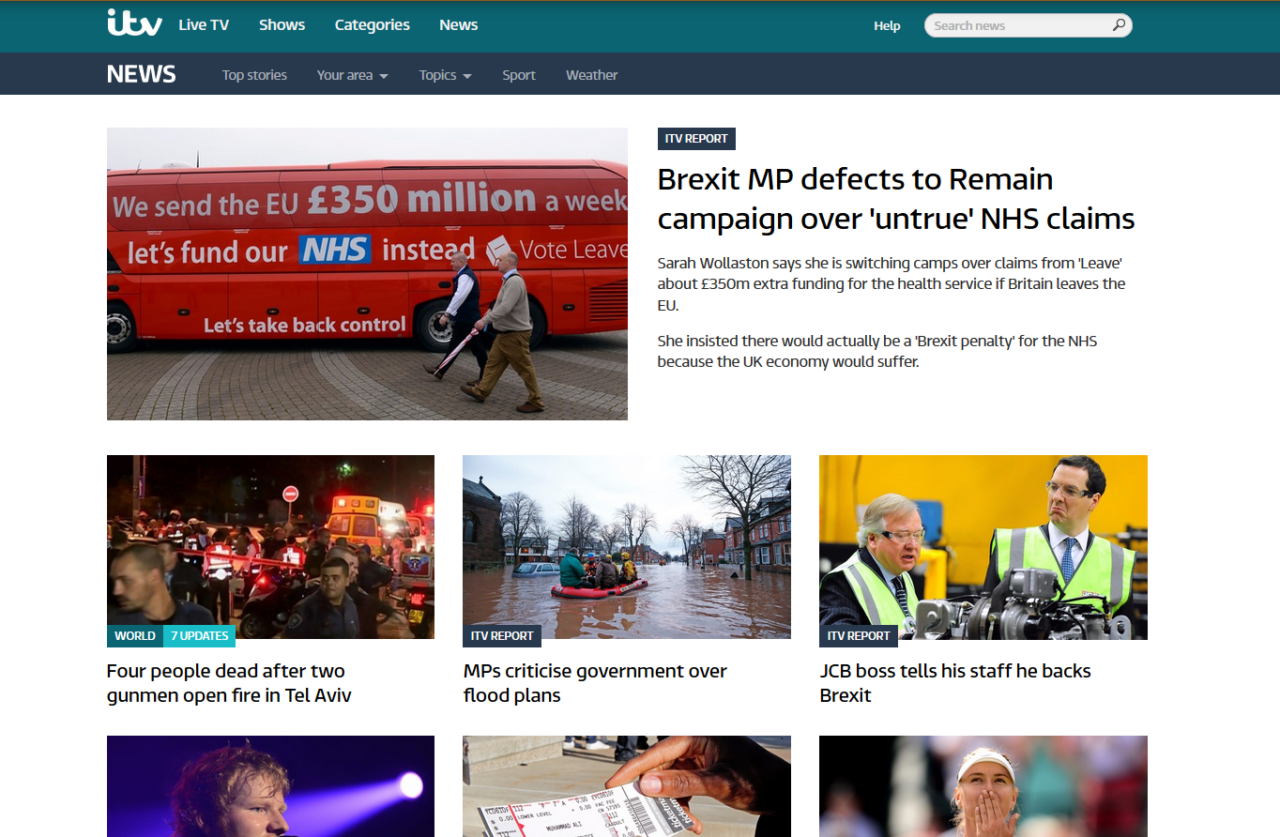 They referred to her as a “senior” Conservative despite the fact she is a backbencher who has never held even a junior government position.

Today, however, three MPs have declared for Leave, yet news of their decision has not received anywhere near the same level of coverage, with Mr Skinner’s decision featured primarily in the hard-left Morning Star. 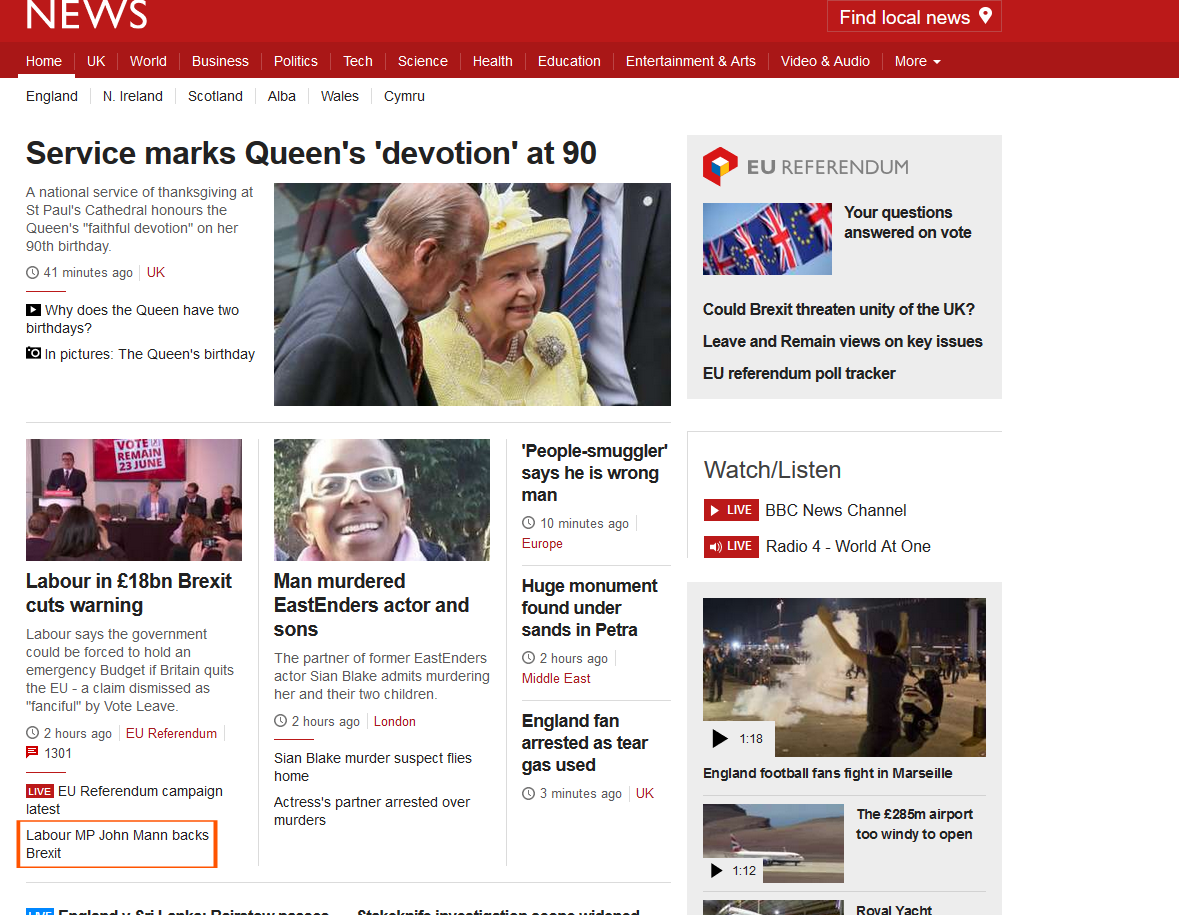 The story is relegated to only a minor position on the BBC website (above), and the headline only mentions one of the MPs.

The Sky News website front page puts the story half way down its page, while the ITV News and Guardian also bury the story.

Breitbart London has been reporting on various discrepancies in how the British media is handling the EU referendum debate.

Yesterday, we reported how our Editor-in-Chief, Raheem Kassam, was mocked by establishment journalists after suggesting Sarah Wollaston may have been a ‘Remain’ plant who never genuinely believed in Brexit at all.

We have also revealed how a supposedly undecided voter who accused UKIP leader Nigel Farage of racism on an ITV debate was in fact a pro-EU Huffington Post blogger who was invited on to the show due to her black podcast.

We also showed how the channel only wanted older voters to represent Leave on TV debates, and that one of the producers organising the debate had a history of pro-EU tweets.