A film director who has worked extensively for the BBC was spotted in a dingy, harassing Brexit supporting fishermen on today’s flotilla up the Thames.

David Kew has made numerous documentaries and dramas for the UK’s supposedly “neutral” and “objective” taxpayer-funded national broadcaster. 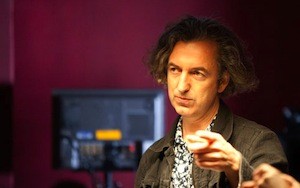 He was spotted in a boat flying “IN” flags as it pulled alongside the UKIP boat, which Nigel Farage was aboard, around the same time musician Bob Geldof shouted insults over a loud speaker and swore at the fishermen.

“I’m not here with the BBC,” insisted a panicked Mr. Kew when Breitbart London Editor in Chief Raheem Kassam queried him.

The anti-Brexit protest was slammed by “disgusted” Labour party activists aboard the boat with Mr. Geldof.

Several left and apologised for “jeering” at the working class “fisherman worried about their livelihoods”.

The BBC director might indeed have some difficulty understanding the working classes. His biography informs us:

“David studied Fine Art at Chelsea School of Art during which time he travelled extensively in South East Asia… He lives with his partner and son on a Dutch barge on the River Thames.”

CAUGHT!! David Kew @BBC @BBCNews campaigning for the IN campaign. Denies working for them. #luvvie pic.twitter.com/znOnFrKkFv

The bio also details his work for the BBC, adding:

“David has always been attracted to strong issue led drama and directed Life for Daniel (BBC4), a story about a mother’s struggle for control over the treatment of her child, written by Rebecca Hughes.

Mr. Farage later slammed “millionaire Mr. Geldof” for the nature of his attack on the pro-Brexit fishermen.

He said it was “disgusting: rich people laughing at poor people… effectively laughing at working class communities being destroyed.”

He argued that it demonstrated “absolute contempt for the men and women who have come here today, from right across the United Kingdom, asking, demanding to be listened to as their communities are destroyed by the Common Fisheries Policy”.