LONDON, United Kingdom – Dozens of protesters gathered outside the Houses of Parliament on Monday to demand that Prime Minister Theresa May heed the will of the British public and begin the process to get the UK out of the European Union (EU).

Despite the breadth of support for the “Invoke Article 50 Now” demonstration – which included left-libertarians, trades unionists, UKIP supporters, Tories, and Labour types – the establishment media failed to cover the event.

While fair to say that this weekend’s “March for Europe” was far better attended – though the constituents seemed to mainly be rent-a-lefty protesters and foreign nationals – the fact that the winning side of the Brexit referendum is having to protest at all should perhaps be worthy of news coverage.

The likes of the BBC, Channel 4, ITV, and others have been known to cover protests involving just a handful of people, such as the Calais pro-open borders protests across London last year. For a pro-Brexit demo on their doorstep however, they refuse.

The March for Europe, sponsored by the same corporate lobby groups that failed to win the EU referendum in June, attracted just over 1,000 people. Today’s static demonstration outside the Houses of Parliament attracted few than 100.

The political left and their corporate sponsors are known for being able to produce crowds quickly, maintaining mailing lists and bussing people around the country to increase turnout numbers.

But also contributing to the difference in turnout is the media coverage itself. The fact that the media blacks out on pro-Brexit coverage means many of those who would attend demonstrations such as Monday’s are not even aware they take place at all.

Conversely, anti-Brexit protesters even have their events advertised by the media in advance which helps spread public awareness.

Before this weekend’s anti-Brexit march, ITV published an article entitled: “March for Europe’ rallies demand public consultation on Brexit terms”. The same sort of advertising was run in local papers, as well as London’s largest newspaper the Evening Standard. LBC radio also promoted it, as did the EU Reporter website.

Additionally, while March for Europe invited 149,000 people, and 44,000 were listed as interested in attending, only around 3 per cent of the latter number showed up in London this weekend.

Invoke Article 50 Now invited just 2,500 people to its demonstration, with 1,500 listed as interested in attending. They turned out around the same proportion of people as March for Europe: 3 per cent.

Web search results show March for Europe coverage being promoted globally by news networks as well as print and online media. It also reveals that no one gave any coverage to the Invoke Article 50 demonstration today, just seconds away from the BBC, Sky News, ITV, and shared media space of Four Millbank in Westminster. 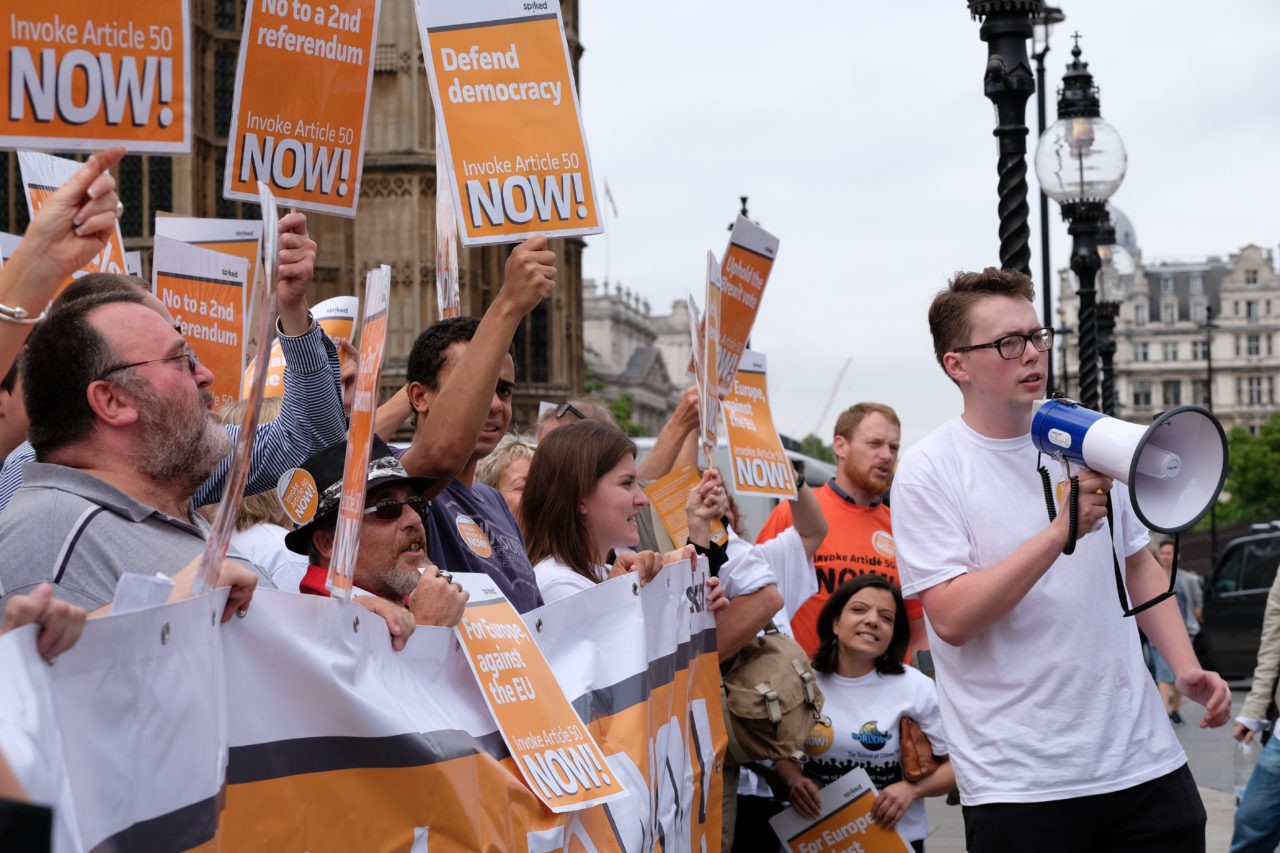 Activists make their demands opposite the House of Commons 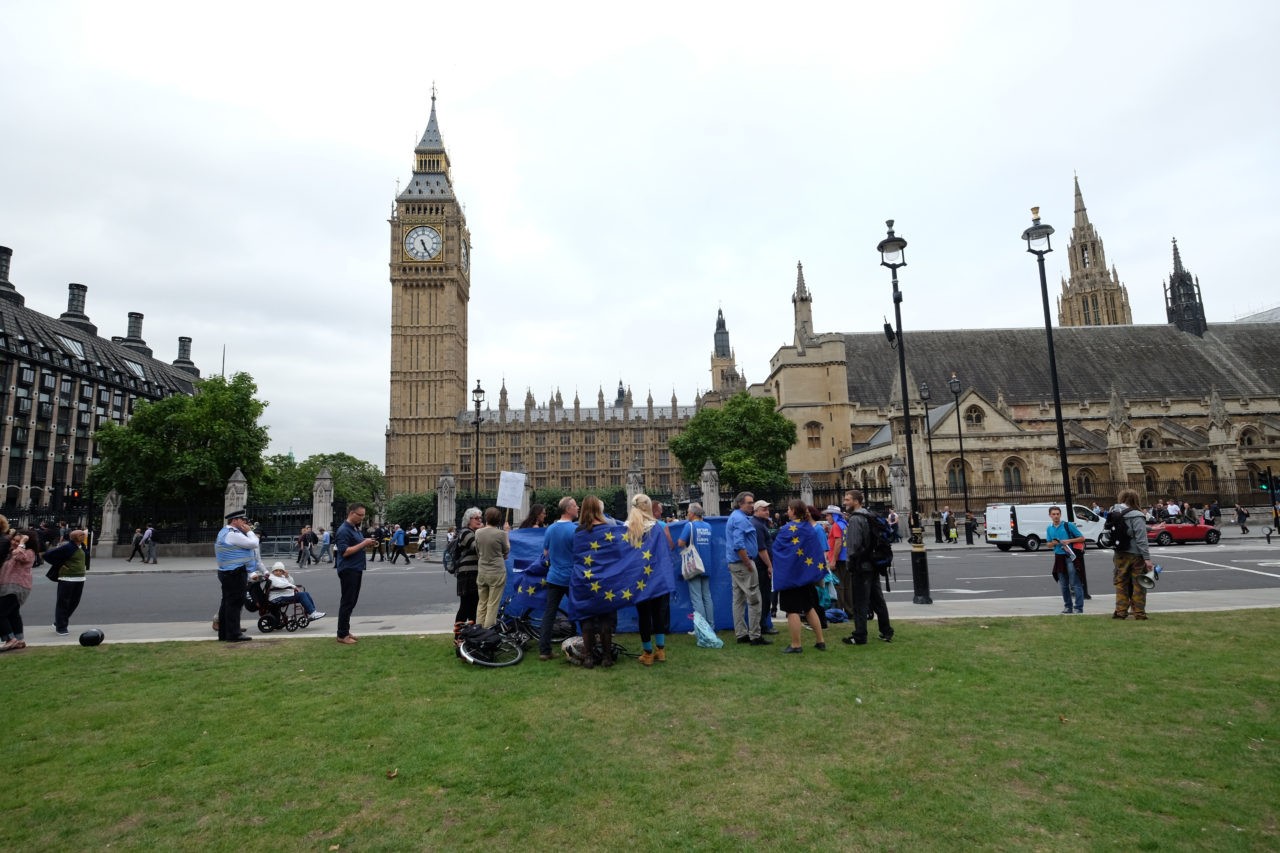 A handful of counter-protesters 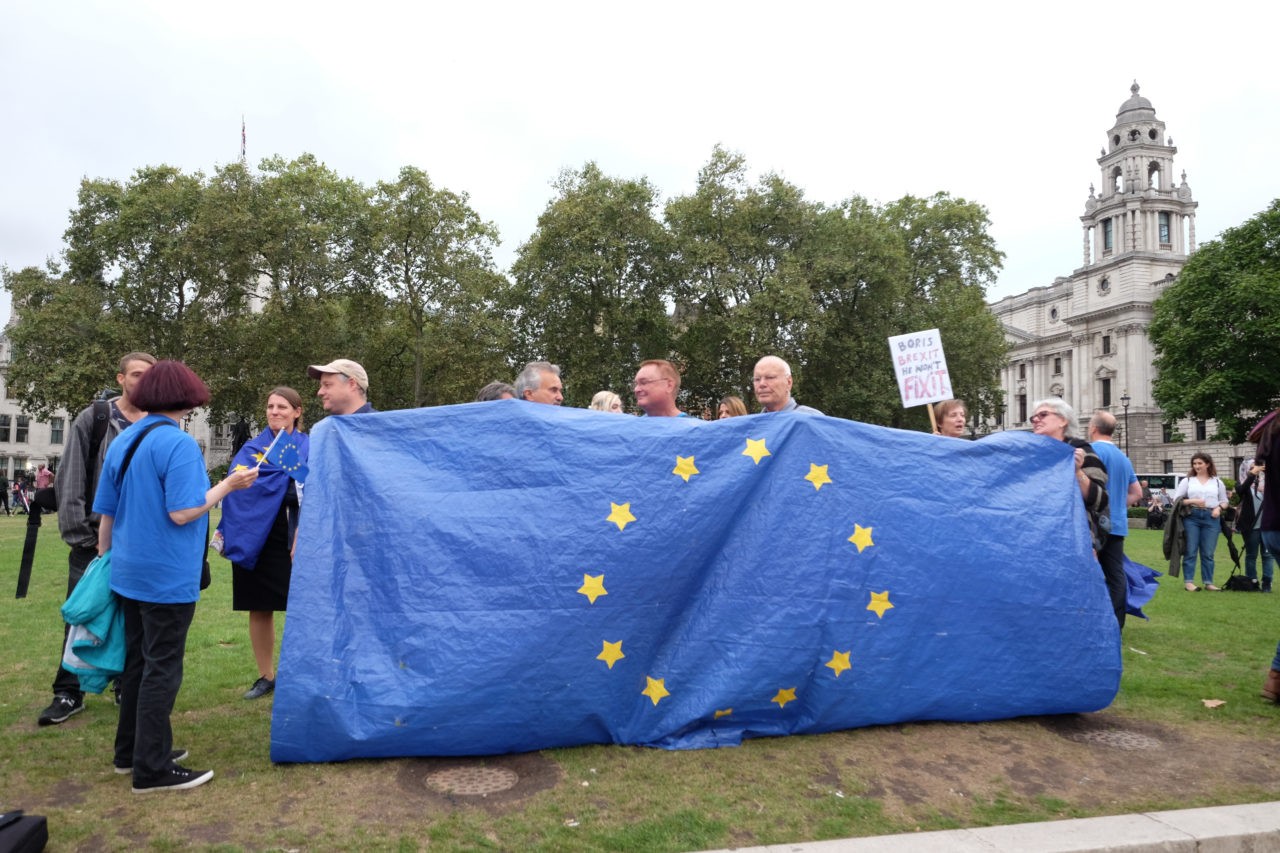 One sign appears to lament the loss of Jimmy Savile 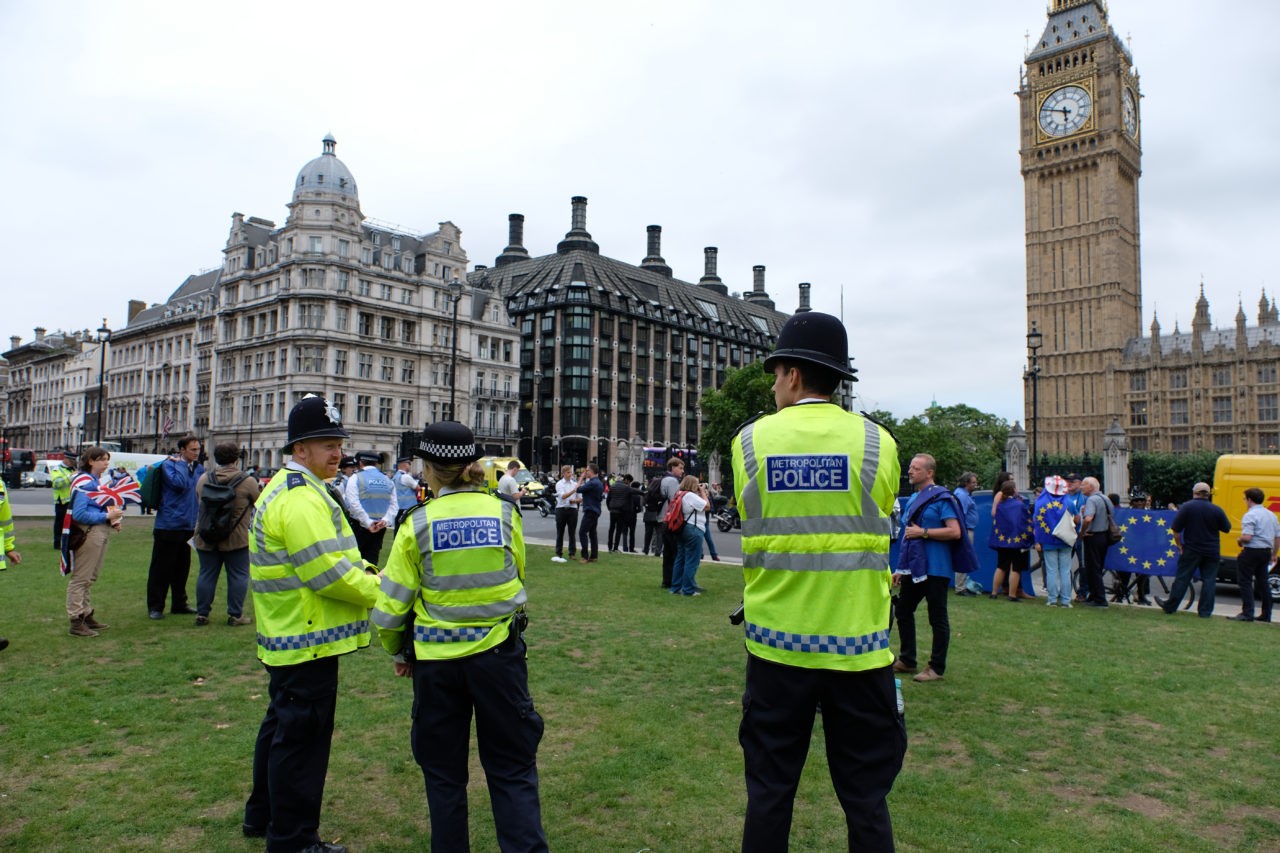 In case it all kicks off… 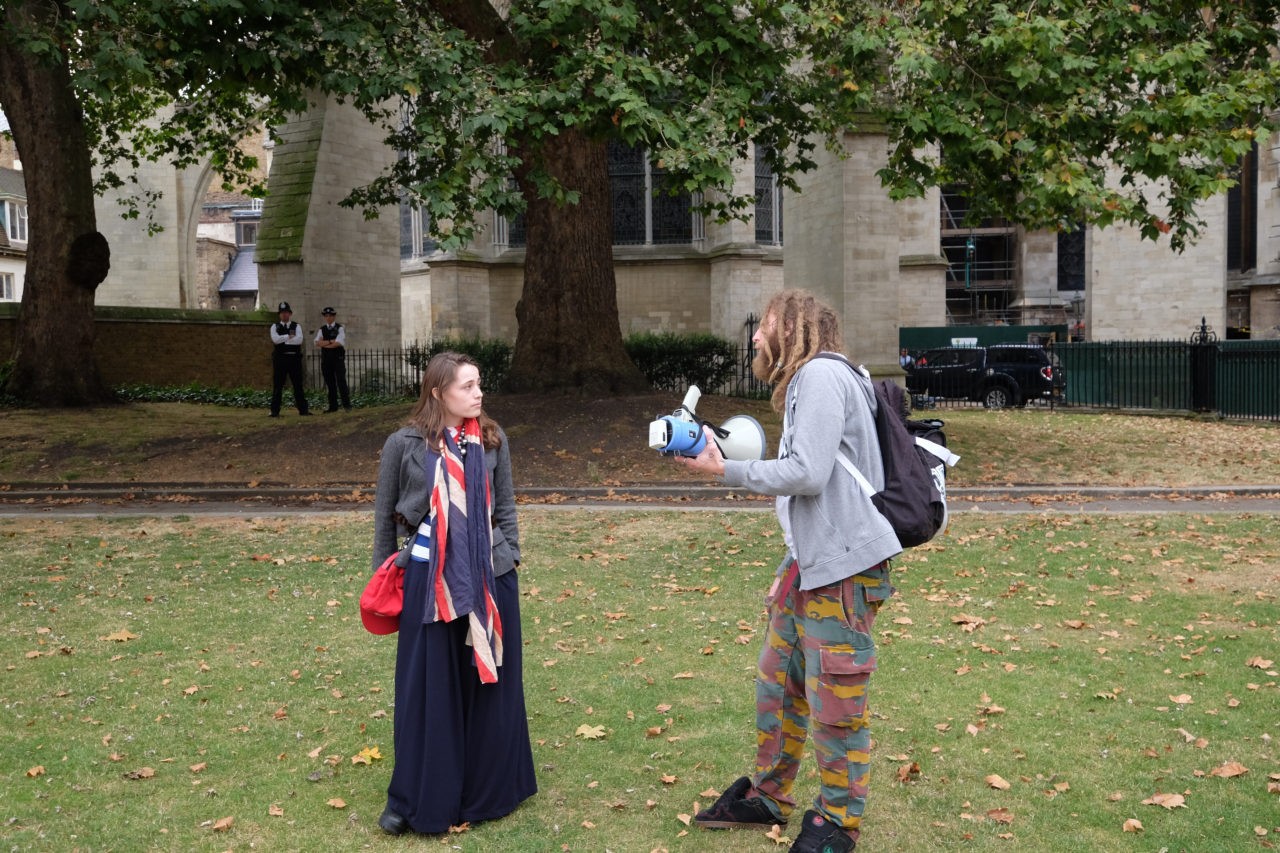 An anti-Brexit, cultural appropriater attempts to conceal the fact he has legs 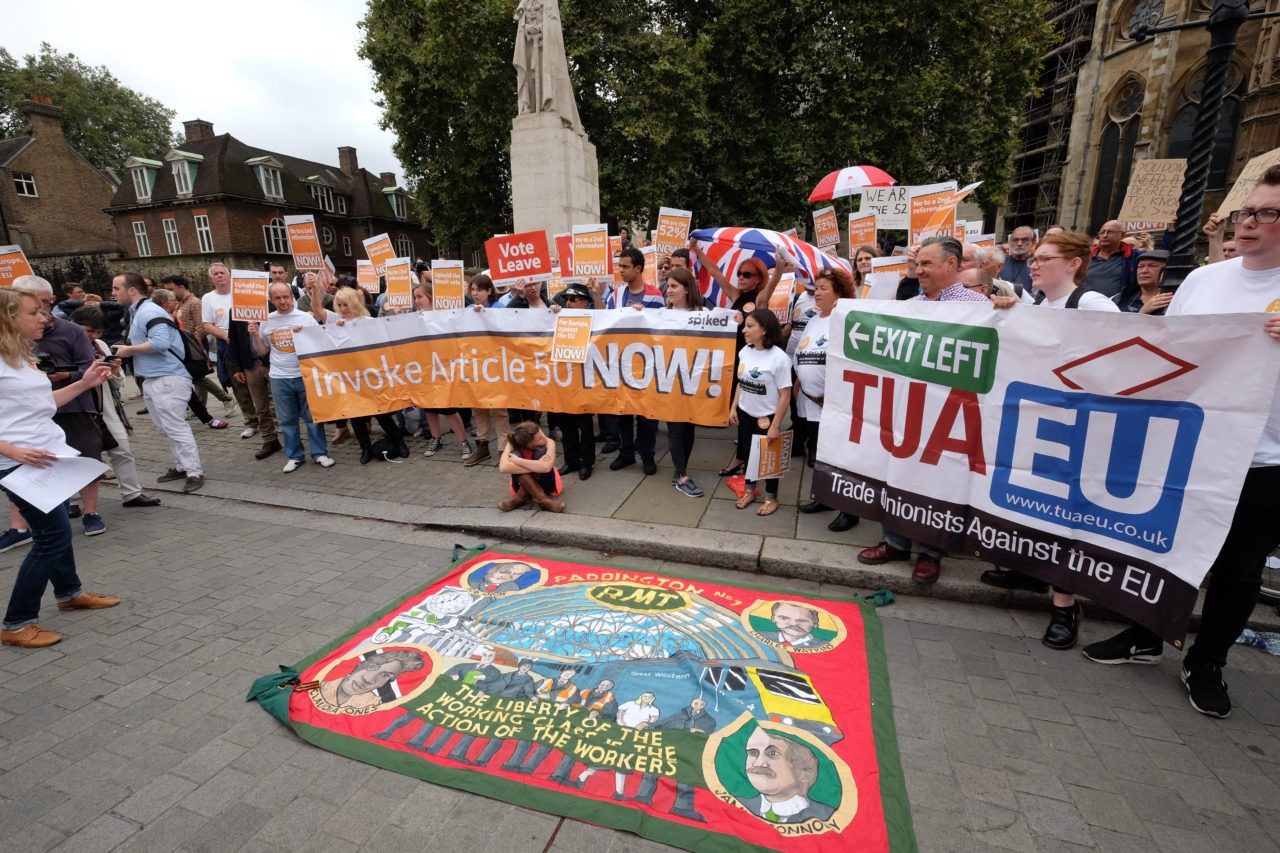 Trades unions backed today’s protest, as did Tories, Labourites, UKIPers, and others 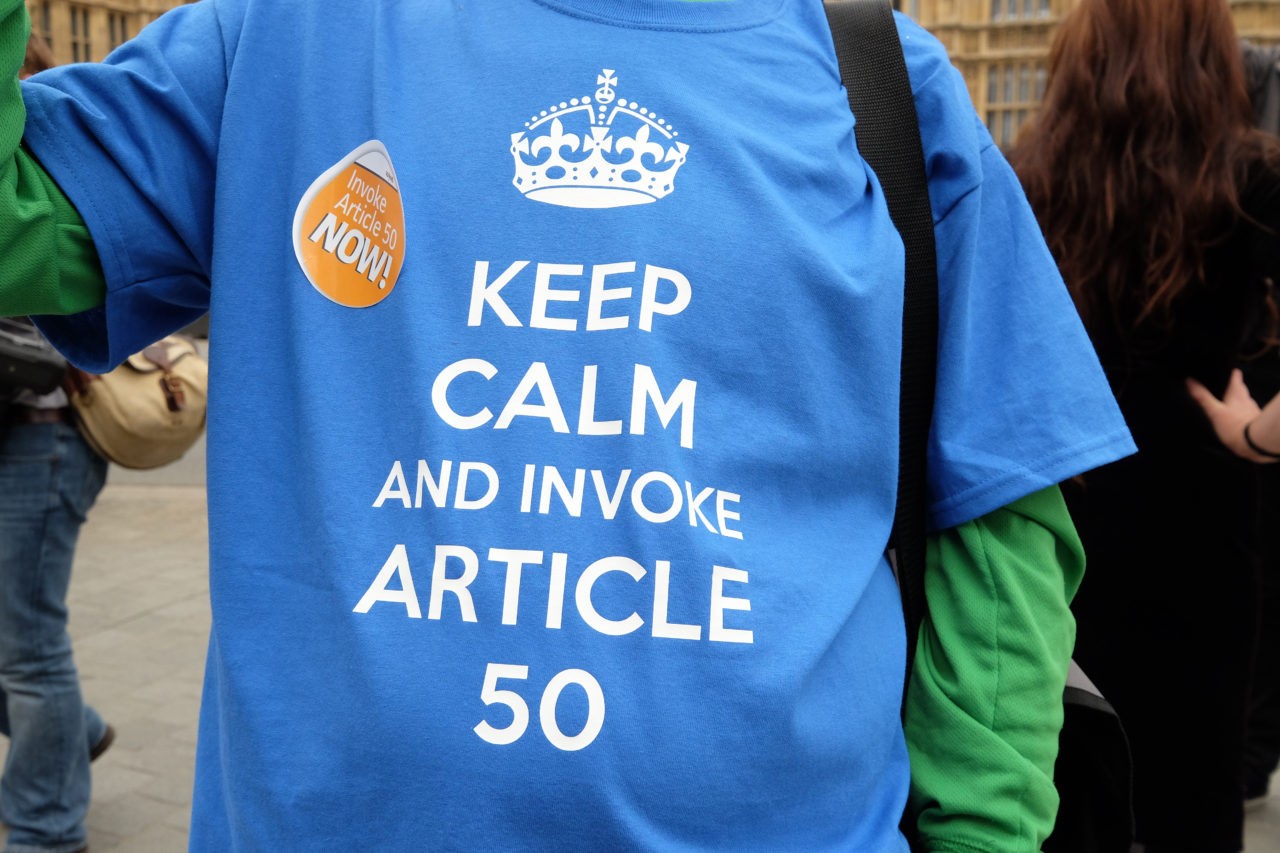 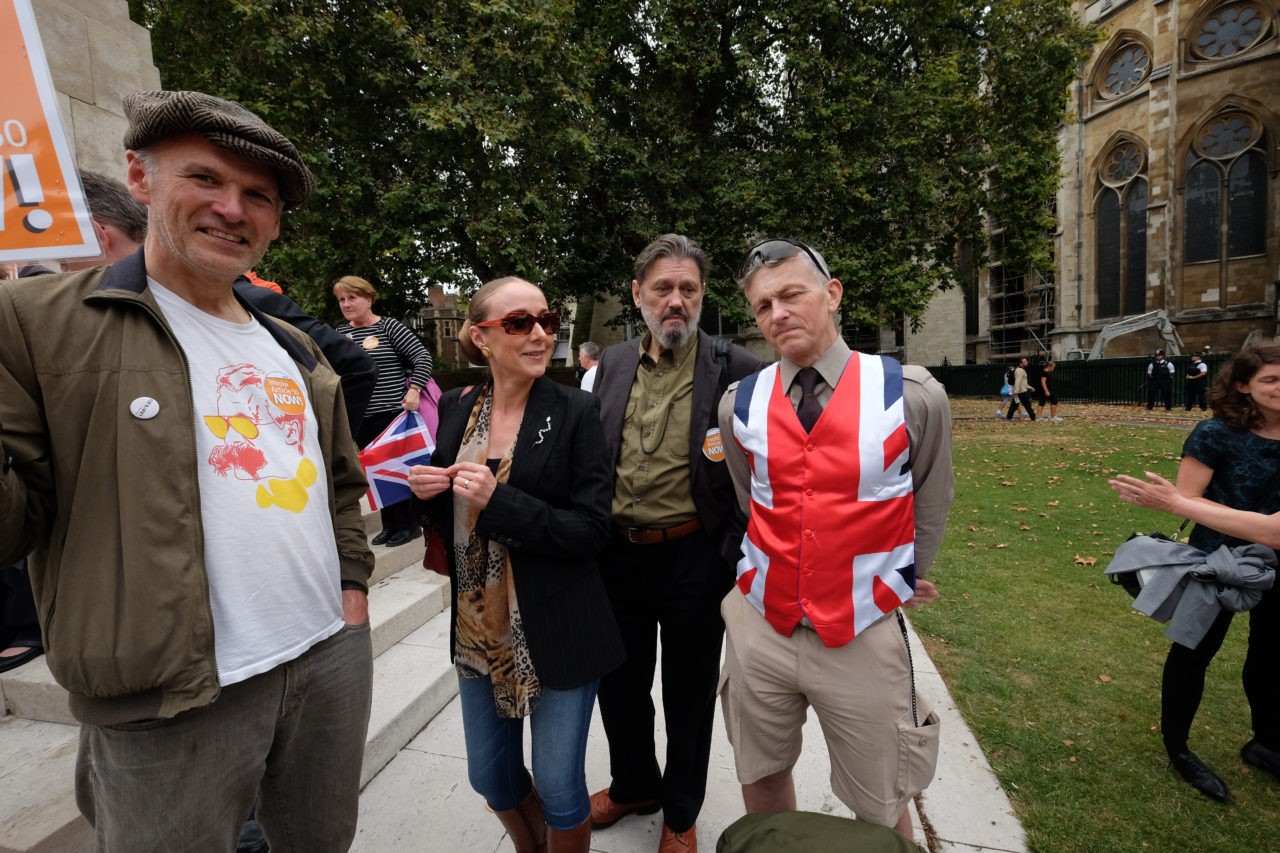 Some came dressed for the occasion 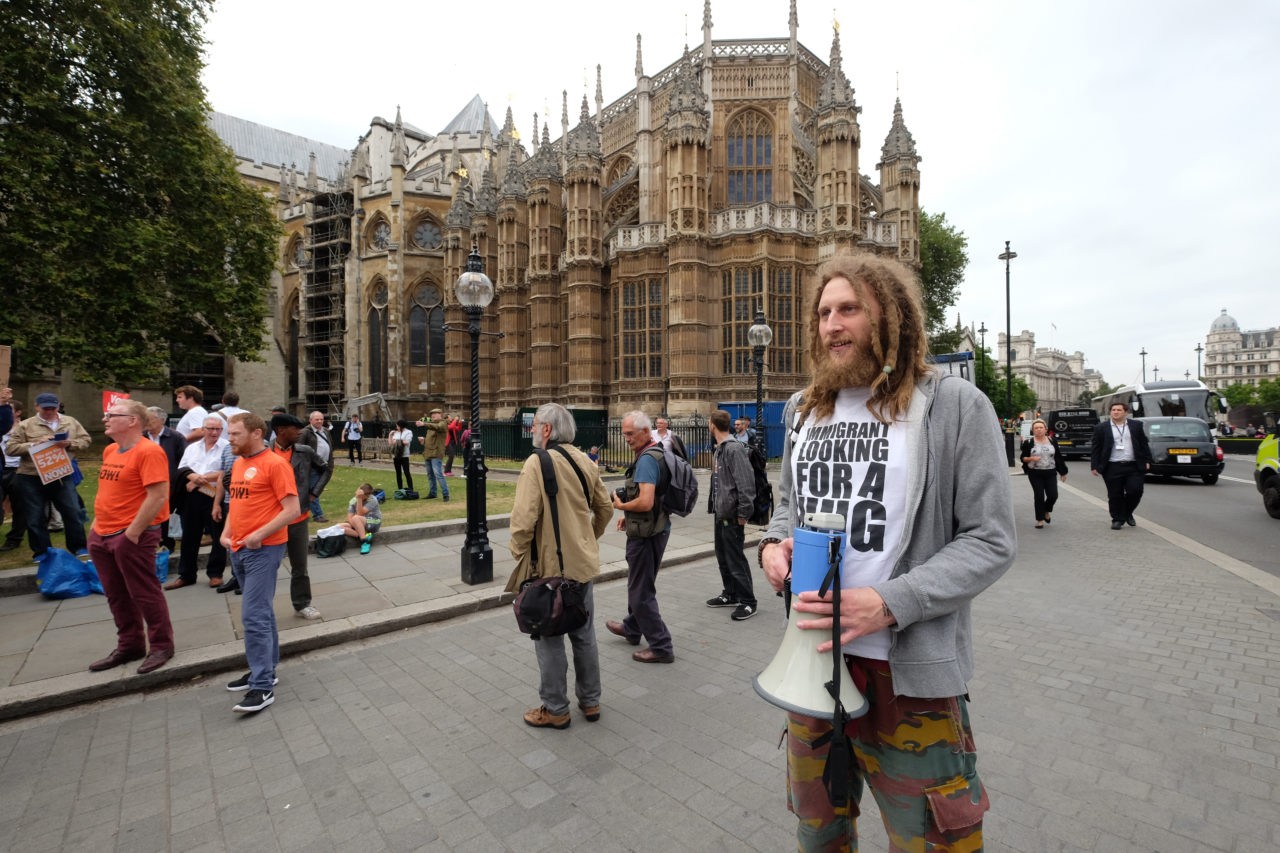 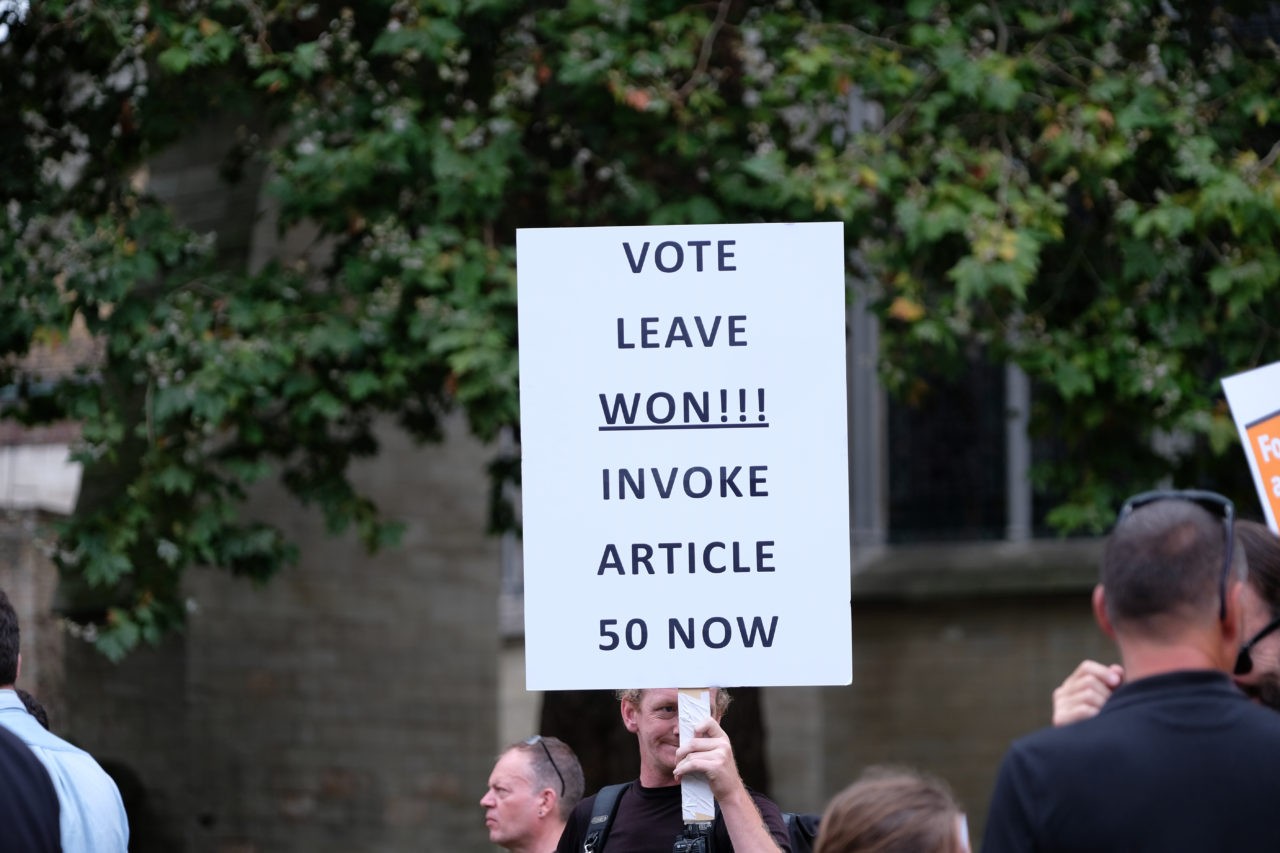 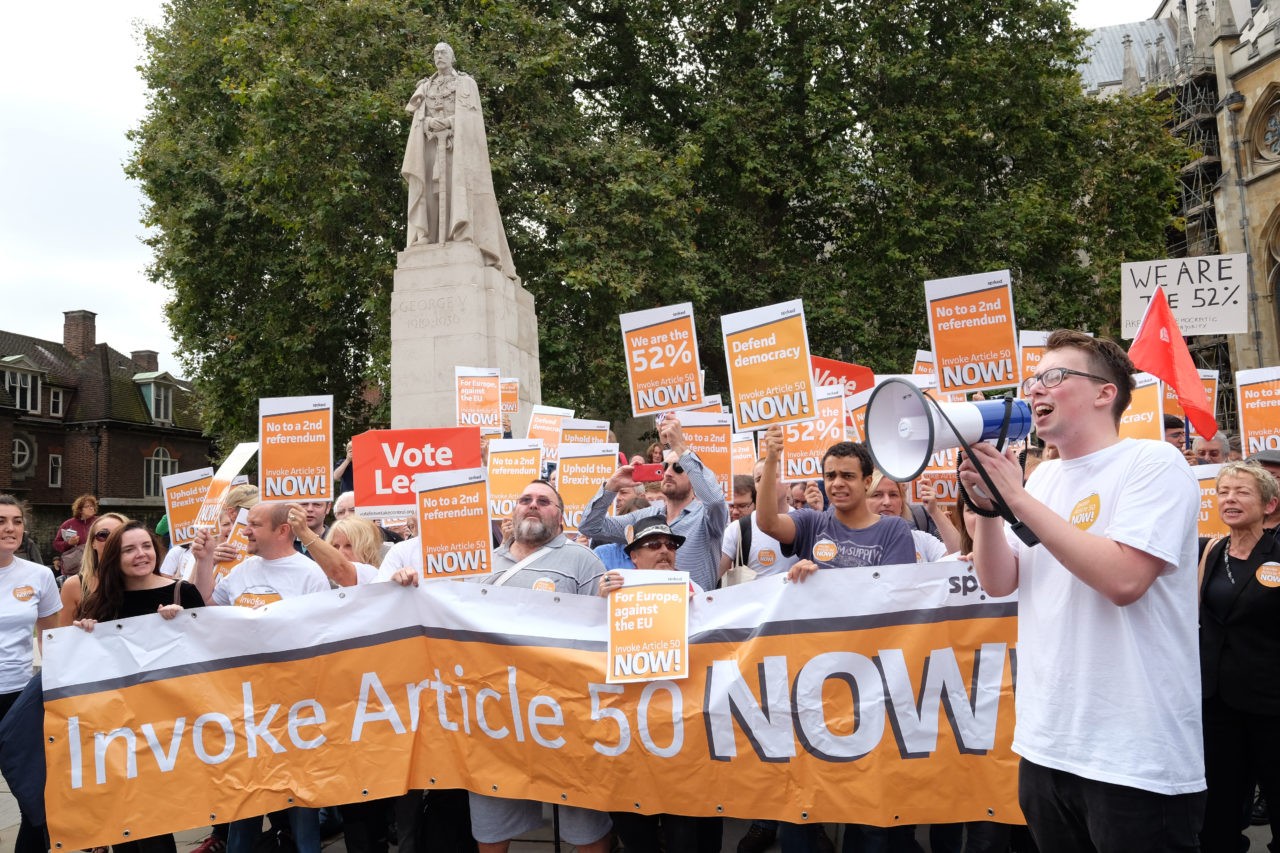 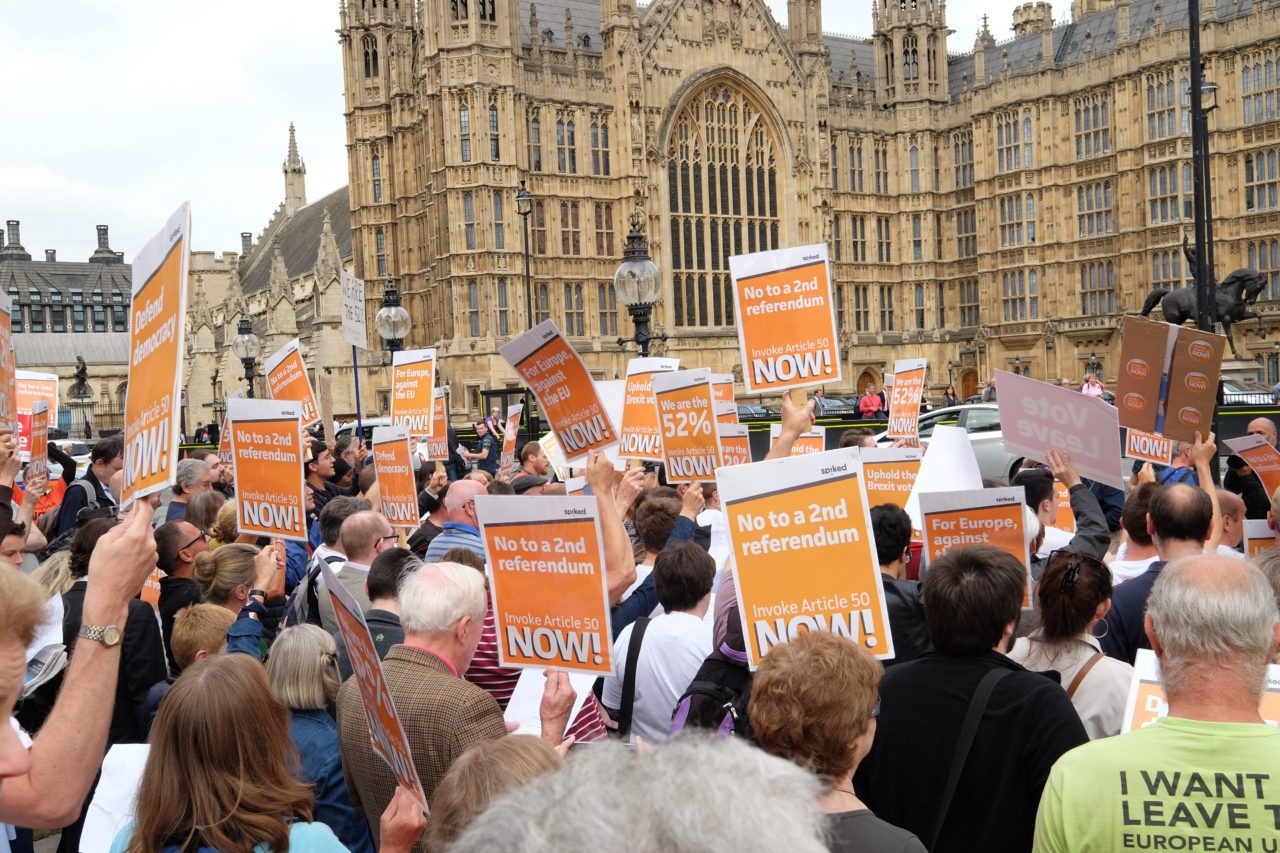 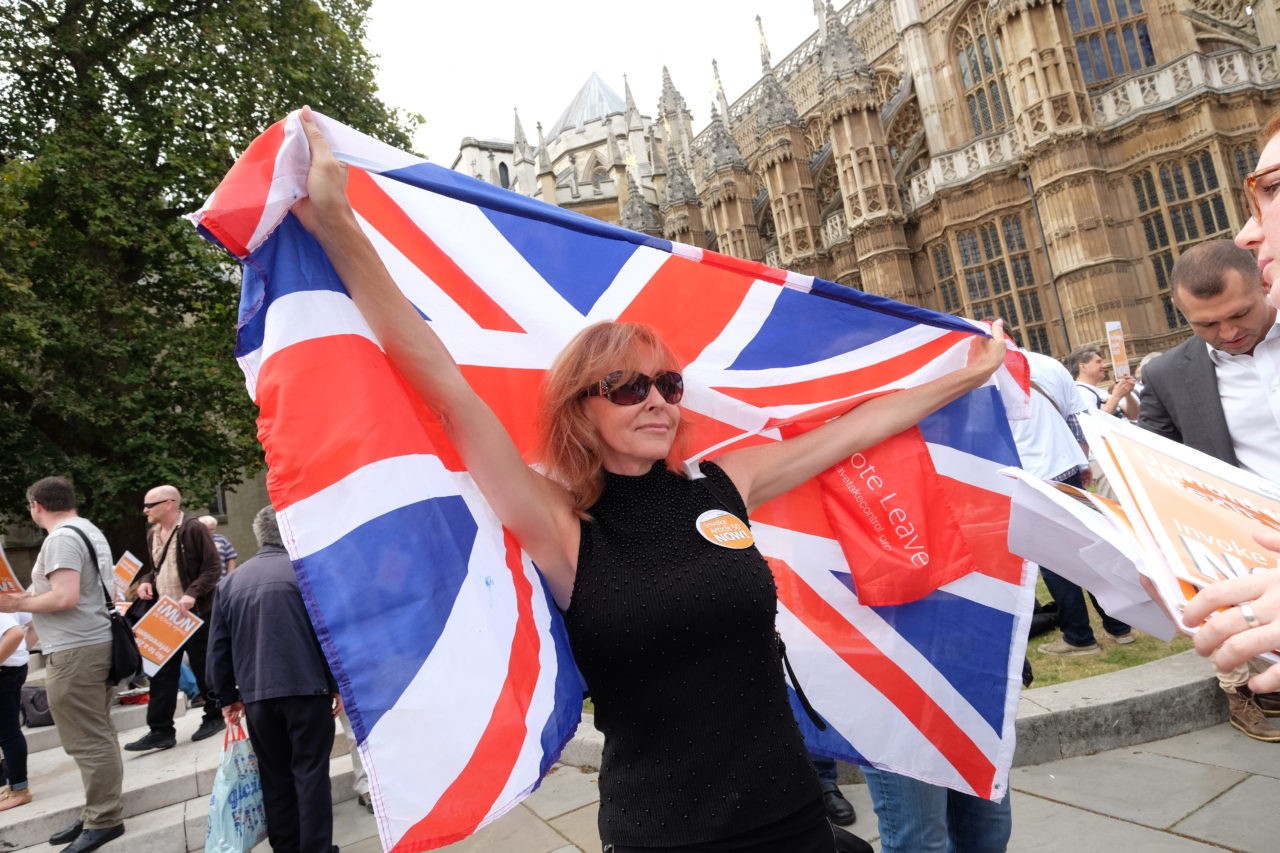 They held up the flag of the UK, rather than the EU 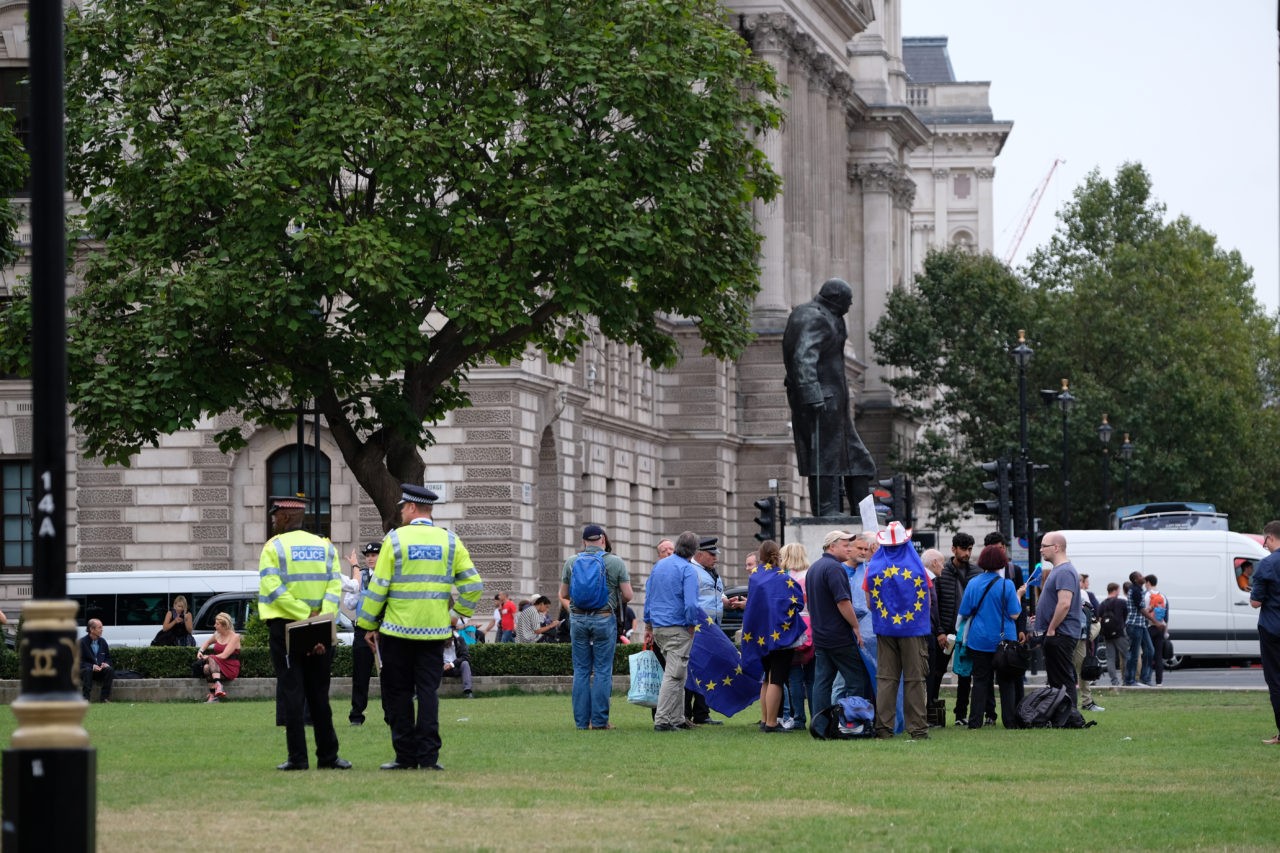 …as their opponents surrounded Winston Churchill, draped in someone else’s flag 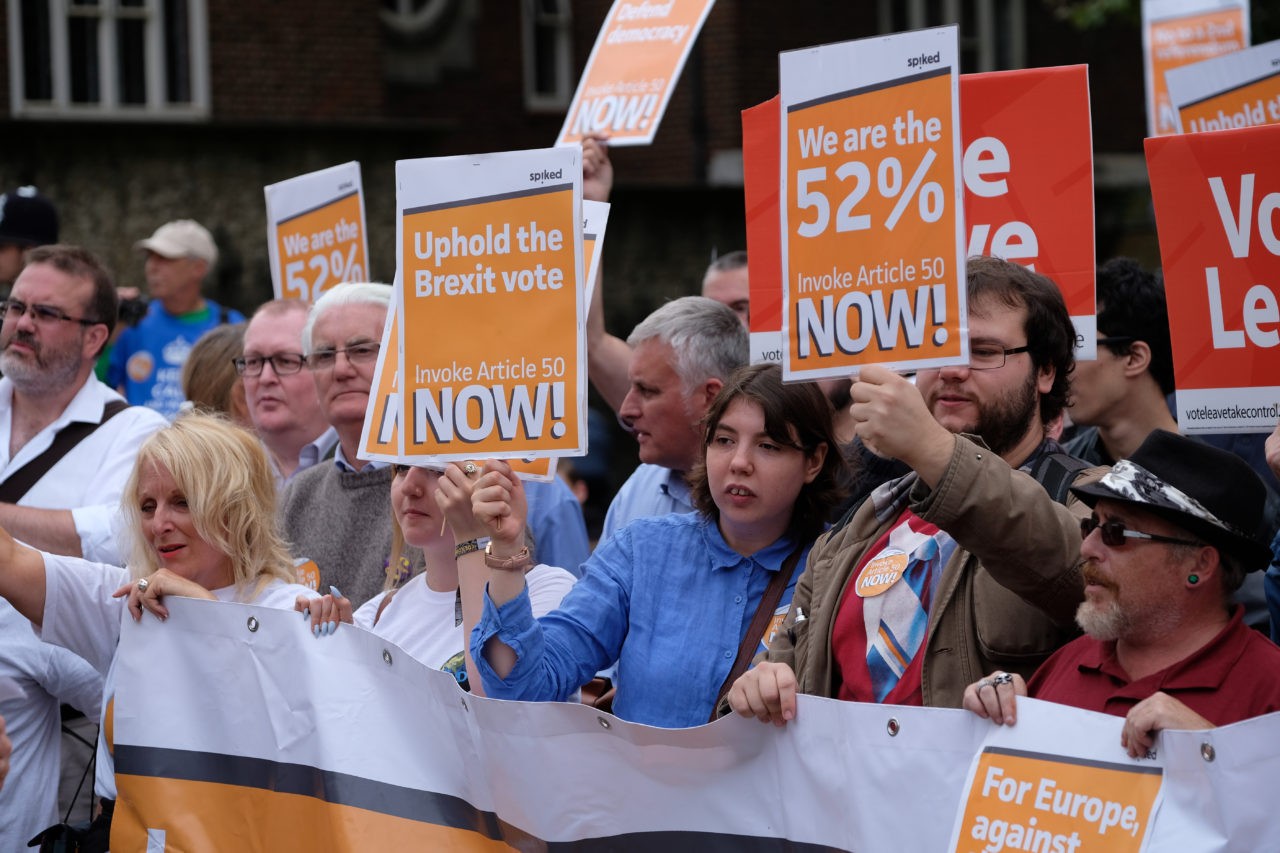 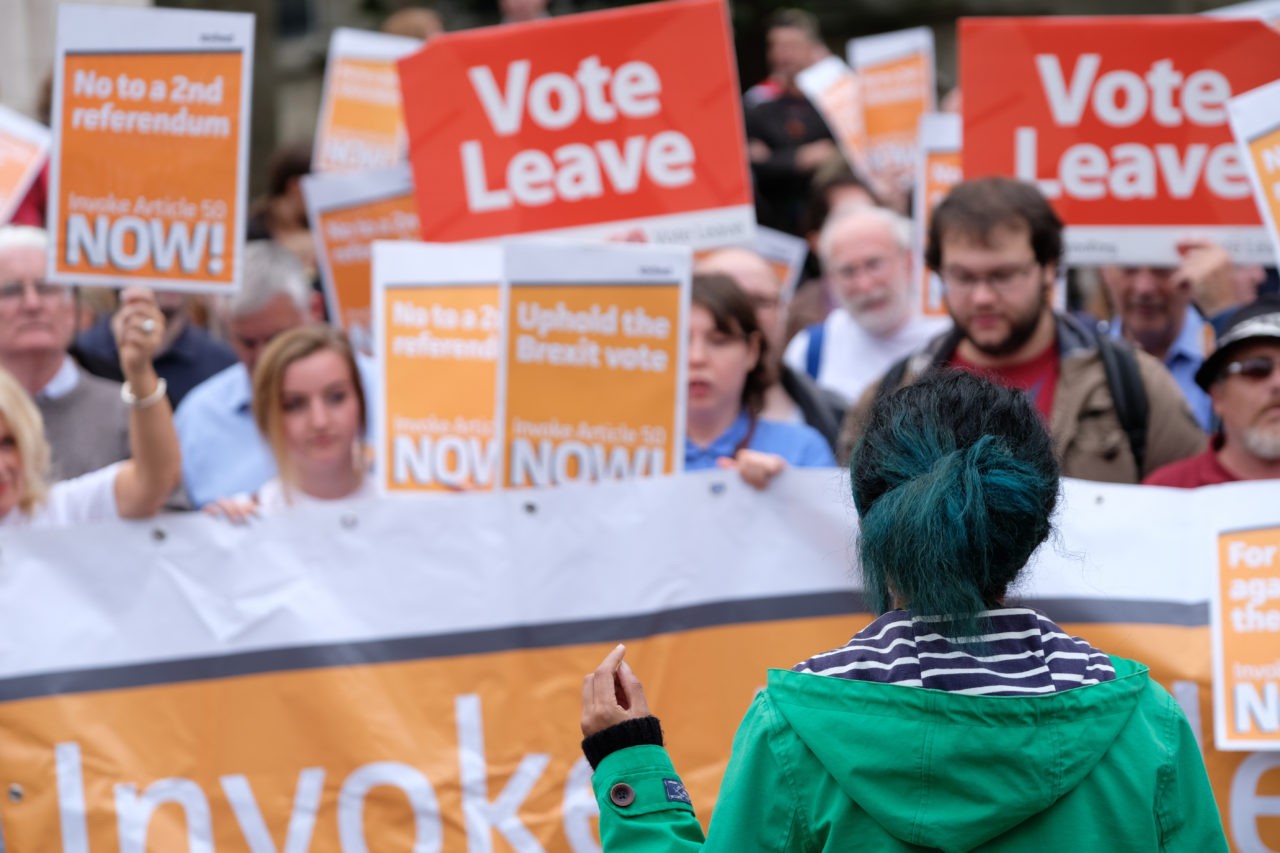 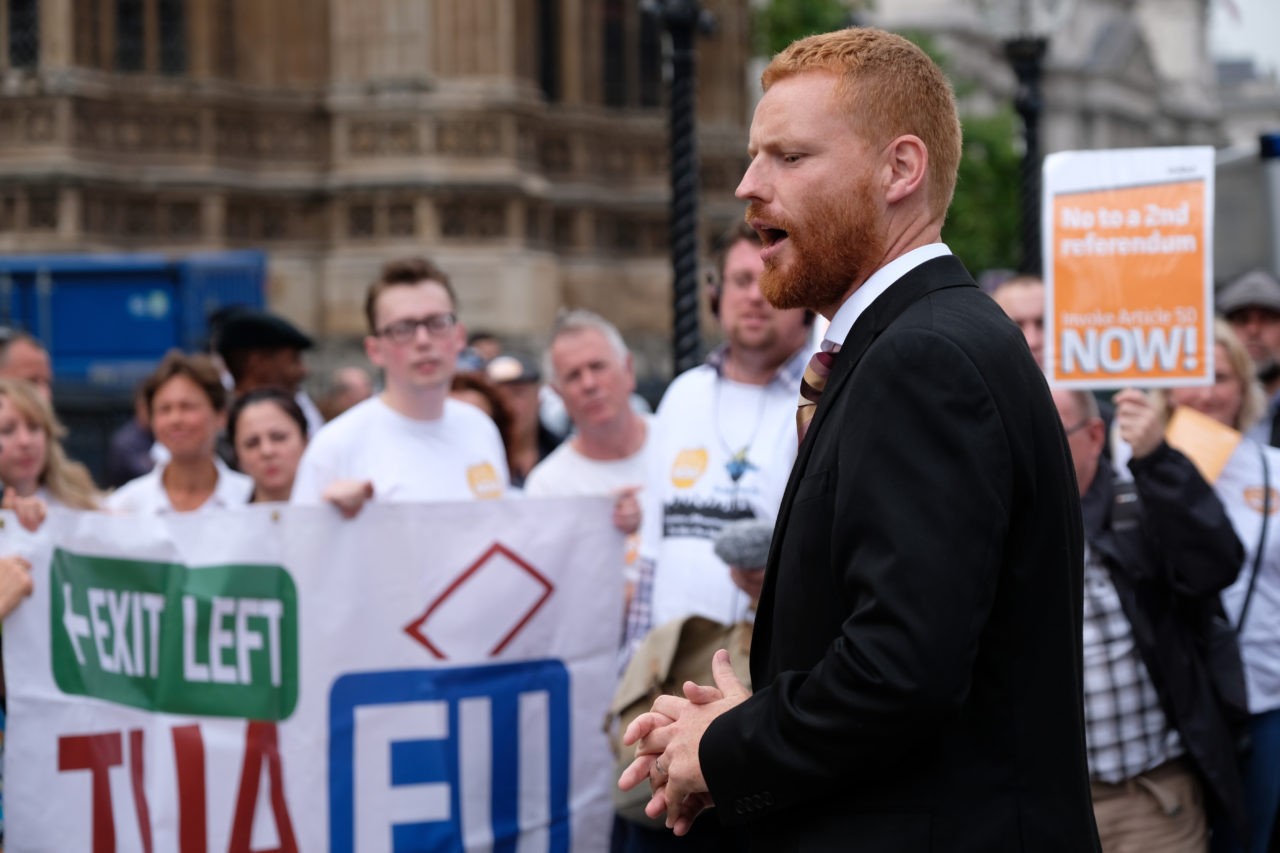 …and even a ginger. 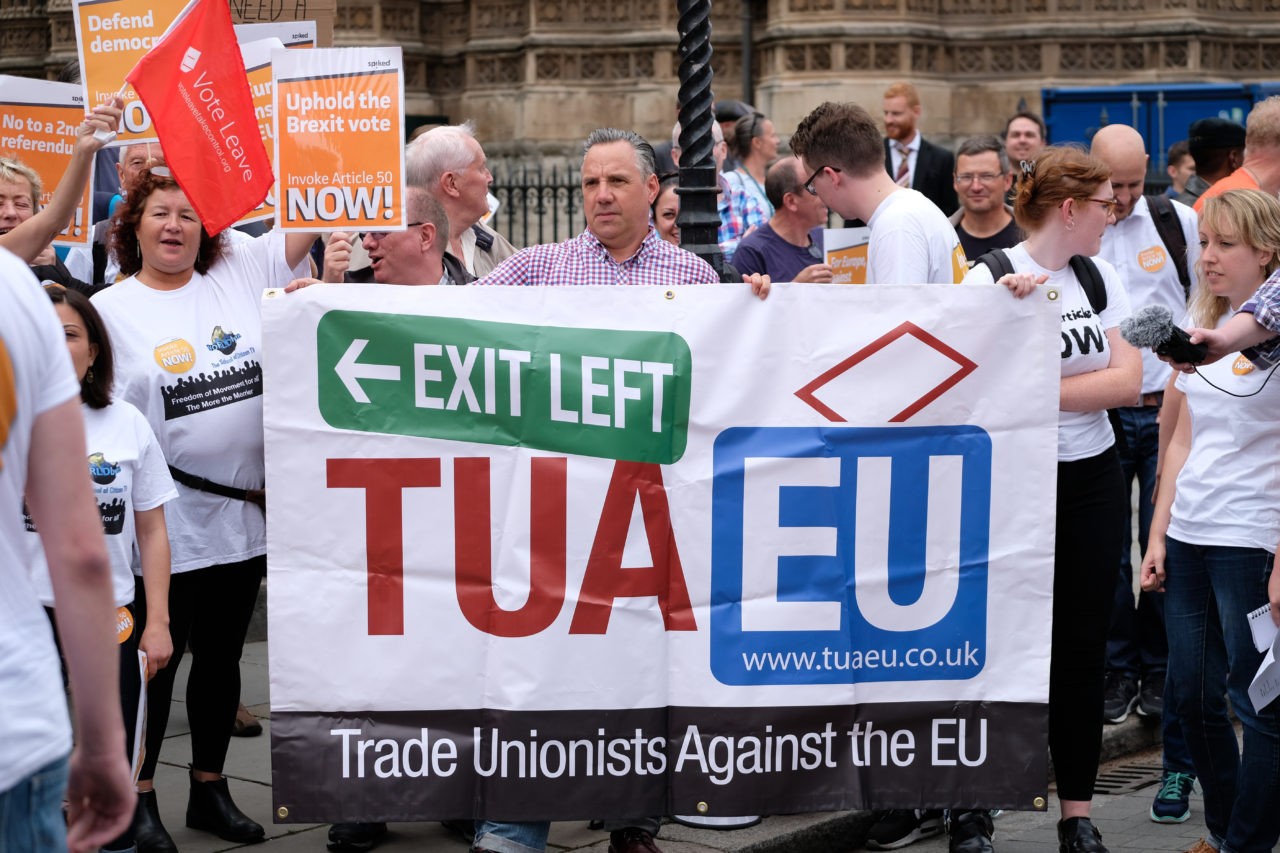 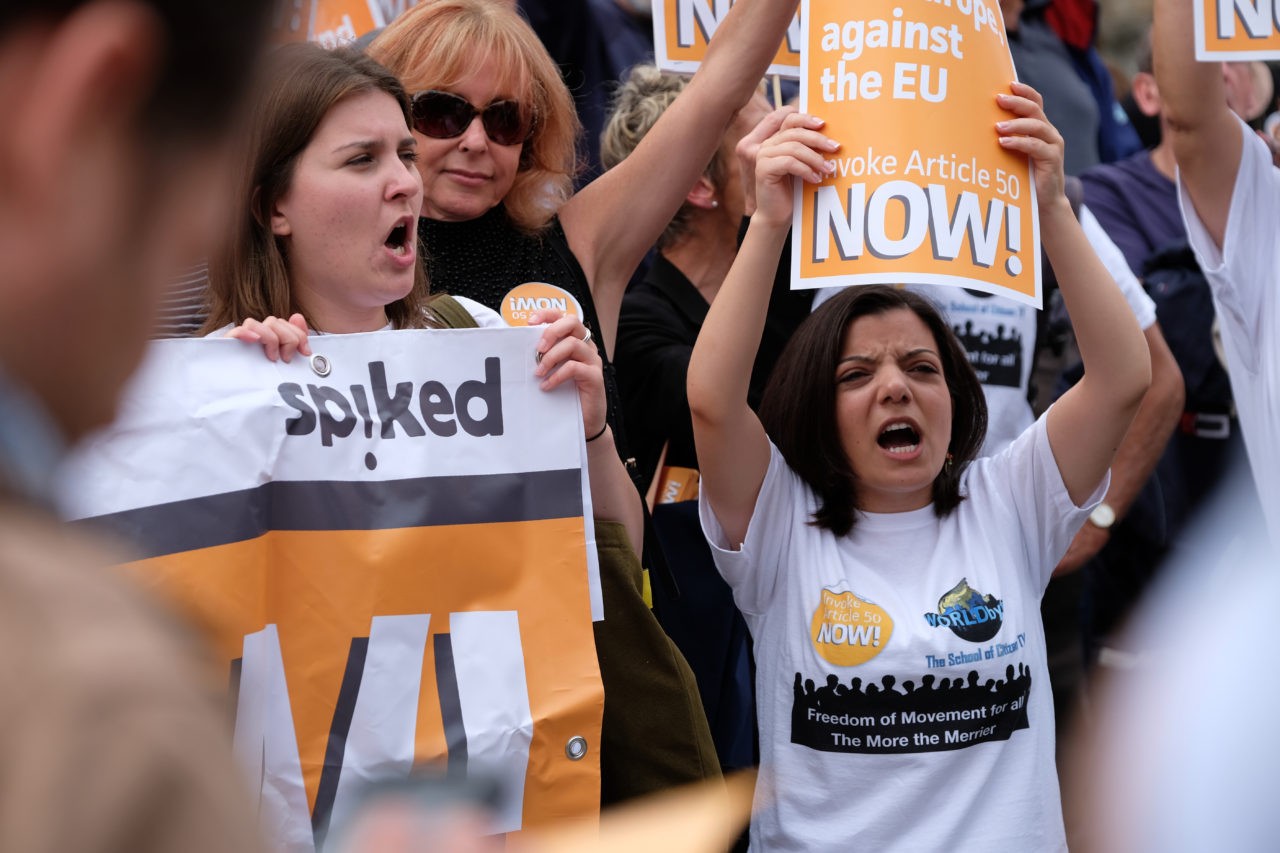 Some protesters were even open borders campaigners! 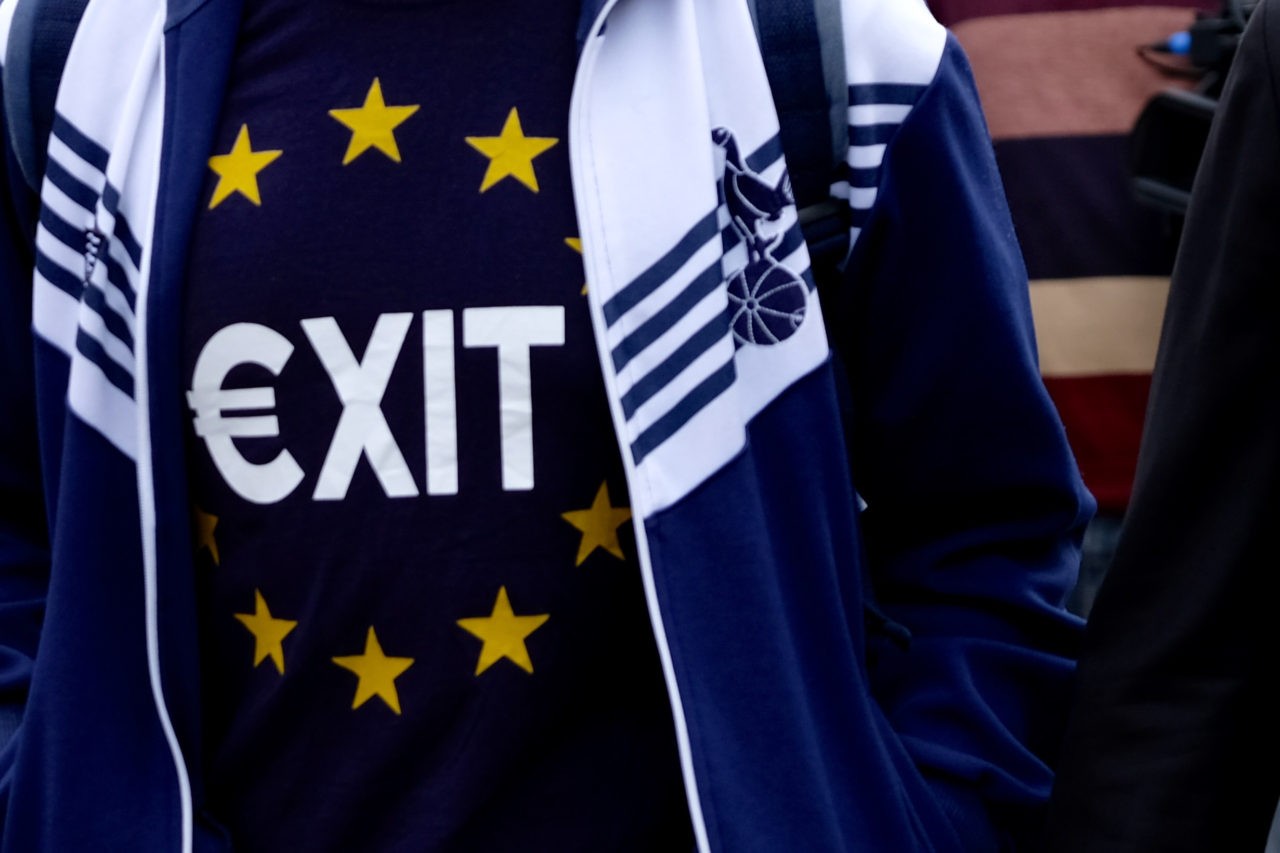 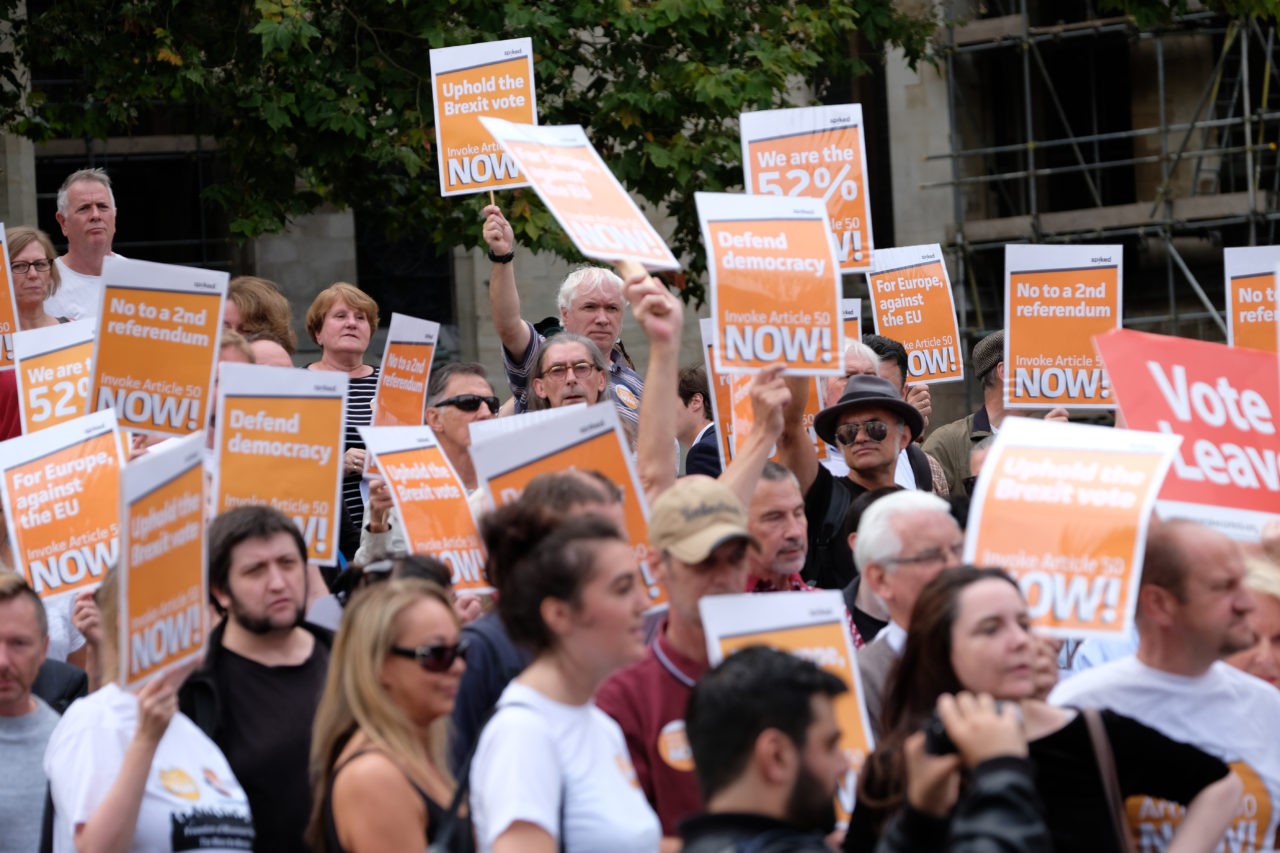 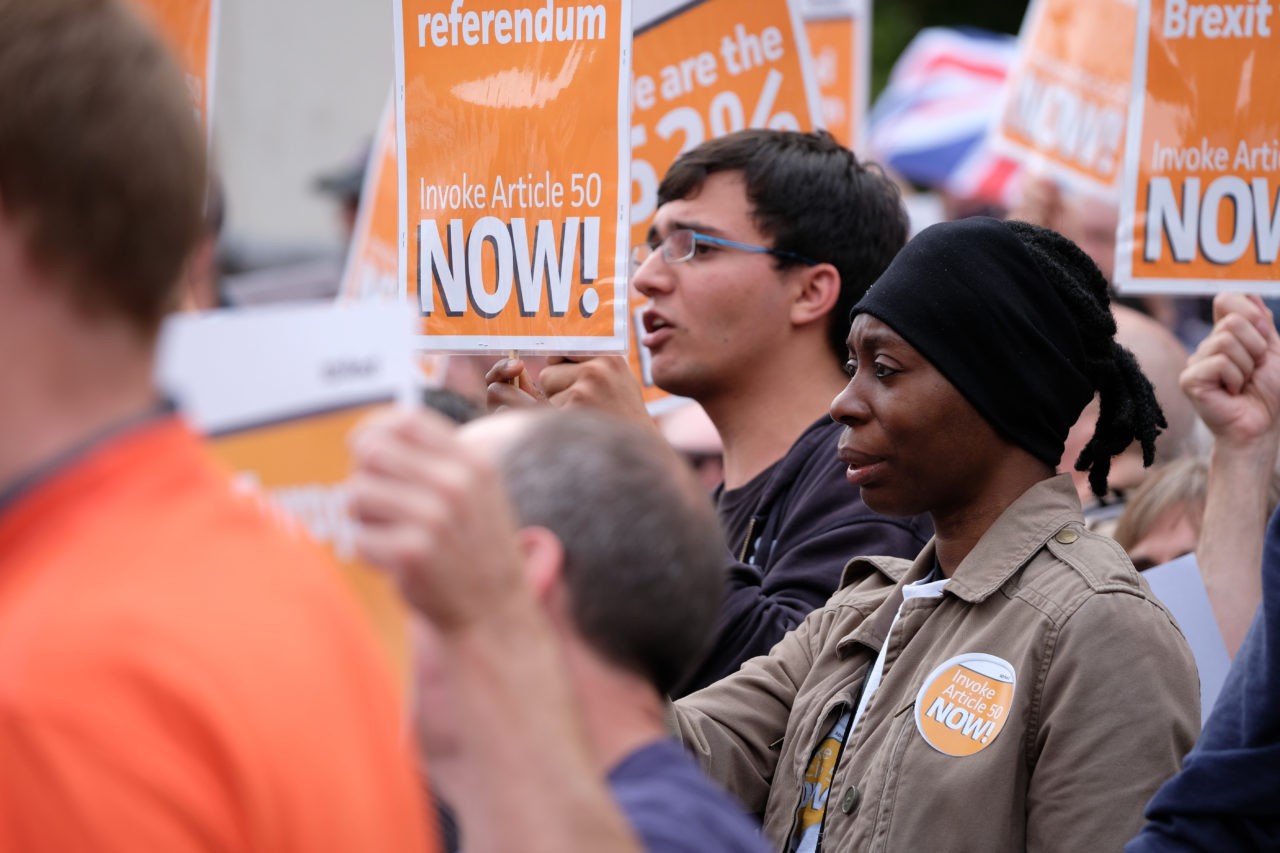 But these are the pictures… 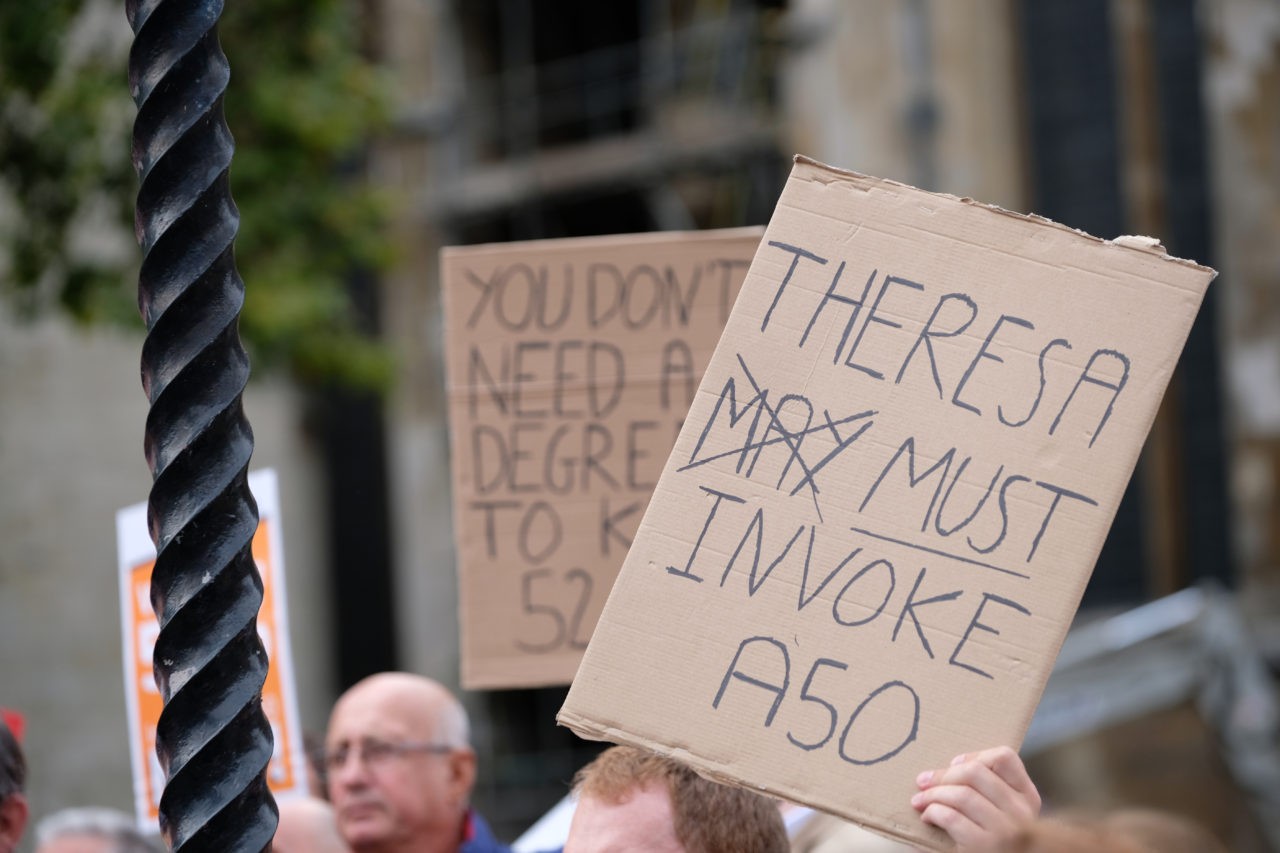 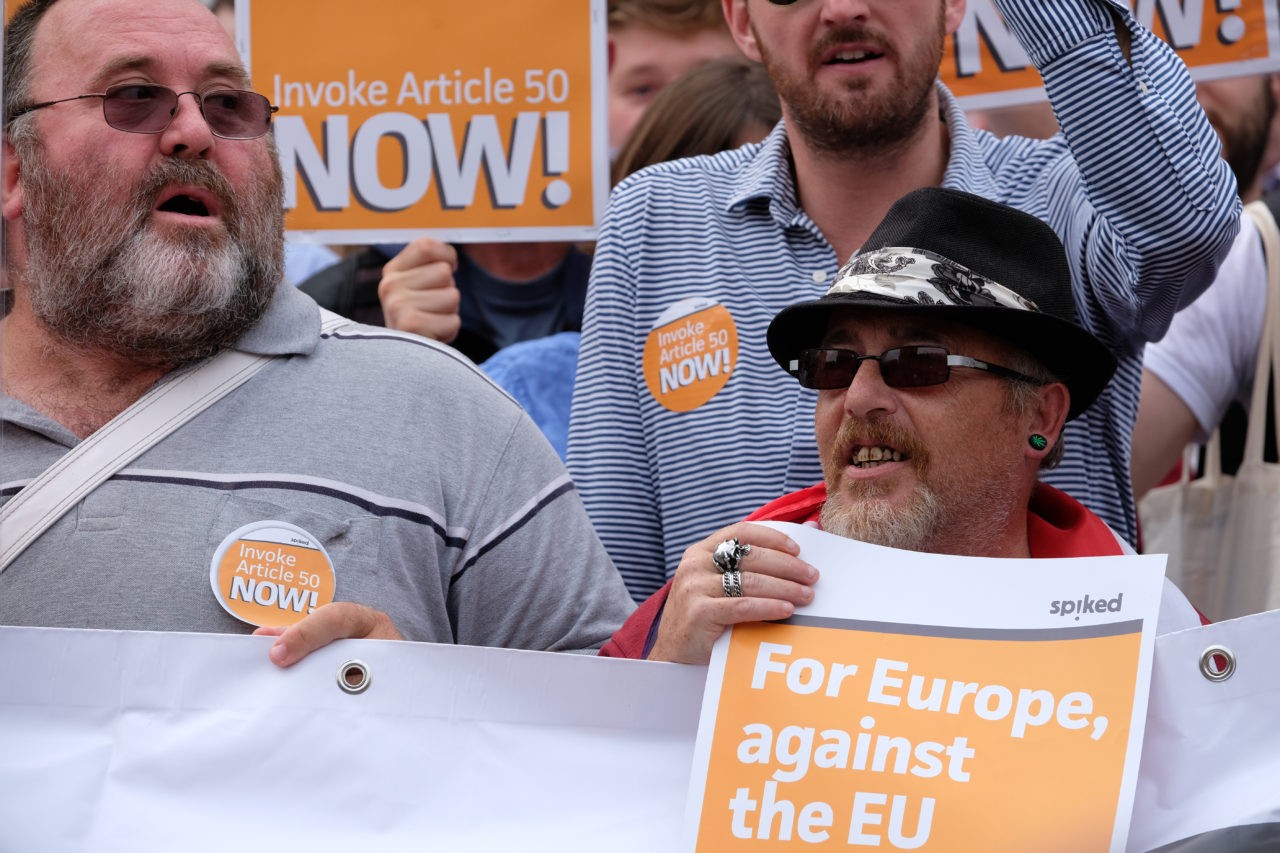