Miro Cerar, who leads the nation’s Modern Centre Party, told Die Welt that Europe is “divided” and risks falling apart under the strain of the migrant crisis.

“Should the Balkan route be opened again, it will spark a conflict in the region – in Central Europe and the Western Balkans,” Mr. Cerar said.

“If too many illegal immigrants come, all countries will be closing their borders. This leads to disputes.”

Slovenia sits near the so-called Balkans route and felt the brunt of the 2015 migrant wave after Germany’s Angela Merkel suspended border rules.

More than half a million migrants passed through the nation, after Hungary sealed off its border with Croatia, travelling on to Austria, Germany, and Western Europe.

Mr. Cerar, a strong supporter of the European Union (EU), compared tensions within the bloc to those during previous world wars, which could tear it apart.

“This is a divided Europe, and we know that two world wars started in such a Europe. The EU is, therefore, a project for peace. This is something so basic that we must not forget. If the EU falls apart, then there will be borders and conflicts again.” 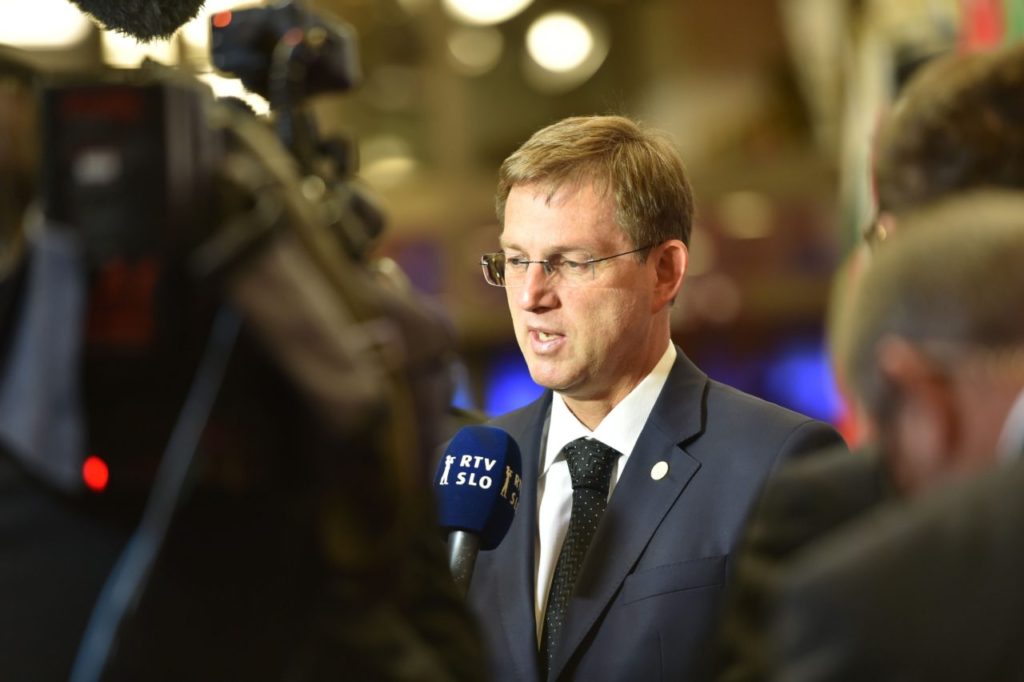 Slovenia’s Prime Minister Miro Cerar addresses the media as he arrives for the second day of an EU Summit at the EU headquarters in Brussels on June 29, 2016. (PHILIPPE HUGUEN/AFP/Getty)

At the end of August, it was reported that Denmark and Austria are seeking tough new powers to deter migrants including the ability to instantly turn back asylum seekers at their borders.

Then, on Wednesday, Austria’s interior minister threatened to sue Hungary if it refused to take back migrants crossing their shared border in a sign of escalating tensions. Mr. Cerar continued:

“Then there will be a domino effect. Austria closes its border, we close our border, the Croats and the Serbs and Macedonia will have to close their borders again. Otherwise too many migrants will come to each of these countries.

“Even now it can clearly be seen that Austria is preparing for a border closure. That would be extremely hazardous to our economy and tourism,” he said.

At the end of last year, Slovenia started erecting a razor wire fence along parts of its border with Croatia. The Prime Minister defended the border control measure.

“We had to put up this fence. Not because of the migrants, but because the Croatian government brought the refugees to the border at different points repeatedly. They did not tell us where and when,” he said.

“We have removed some parts of the fence, as it was no longer necessary. However, we also have left some of it, because we have to be prepared for a higher number of migrants, and therefore we are particularly careful at the border.”