The UK began accepting migrant youths from Calais on Monday, after campaigners and a former archbishop lobbied local authorities to take advantage of a new loophole in immigration law.

The French government has promised the notorious Jungle camp is to be demolished in the coming weeks, and there is now a rush to either persuade migrants to accept refuge in France or find a way to get them into the UK.

14 migrant teens arrived in the UK Monday morning, taking advantage of the so-called ‘Dubs’ amendment to the Immigration Bill pushed through by the House of Lords earlier this year.

It allows under-18s to be reunited with family-members living in the UK, as long as local authorities agree to house them.

“We’re hoping that families will be free to take them today to the homes already arranged,” Rowan Williams, the former Archbishop of Canterbury, told Radio 4 this morning. 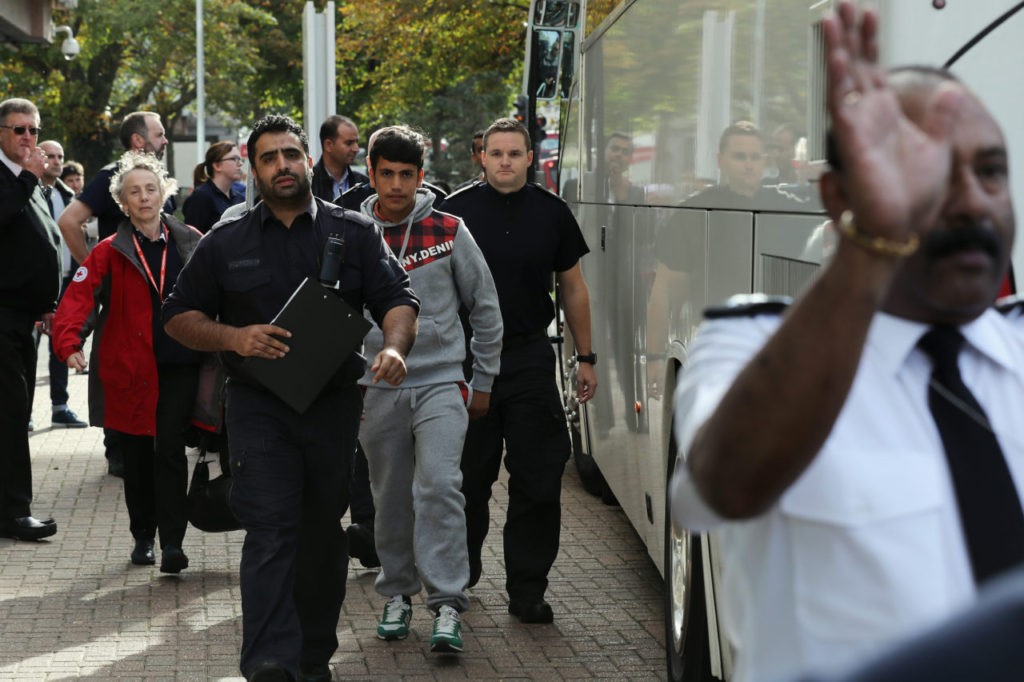 A boy is escorted after stepping off a coach at the Home Offices Lunar House after arriving from the Calais Jungle Camp on October 17, 2016, in Croydon, England. (Dan Kitwood/Getty Images)

He explained: “We’re also looking to the further future, and Safe Passage UK – which is a sort of subsidiary of Citizens UK – has been lobbying and organising around the country so that we’ve got 44 councils who have offered places.”

Pro-mass migration groups are confident that, with widespread lobbying, the new loophole will facilitate the entry of thousands of migrants to the UK – contrary to the promises of the elected government not to bring in migrants from safe countries such as France.

Help Refugees also welcome the Dubs amendment on their website, explaining how “the amendment no longer specifies how many unaccompanied children will be resettled in the UK. That figure will instead be determined by individual local authorities”.

They encourage pro mass-migrant citizens to write to their local MP and local councilors, contact local groups and encourage them to do the same, and even contact local media – “newspapers, websites, radio stations etc” – to attempt to influence their coverage.