BERLIN (AP) – Turkish President Recep Tayyip Erdogan has lashed out anew against the Netherlands and European nations, repeating an assertion that the Dutch were responsible for the slaughter of Bosnians in Srebrenica in 1995 and saying the EU was “drowning” in its fear of Muslims and refugees.

Erdogan on Wednesday also said he had given instructions for a “twinning” agreement between Istanbul and the Dutch city of Rotterdam be scrapped, saying “it is not possible to be twins under such conditions.”

His statement came a day after the mayor of Rotterdam stated that specialized armed security forces he sent on Saturday to a standoff with a Turkish minister had permission to open fire if necessary. The minister was prevented from holding a campaign rally and later escorted out of the Netherlands.

“The EU is fast going toward drowning in its own fears,” he said.

Around 8,000 Muslim men and boys were killed by Bosnian Serb troops in Srebrenica. Erdogan was referring to a Dutch battalion of United Nations peacekeepers who failed to halt the slaughter. 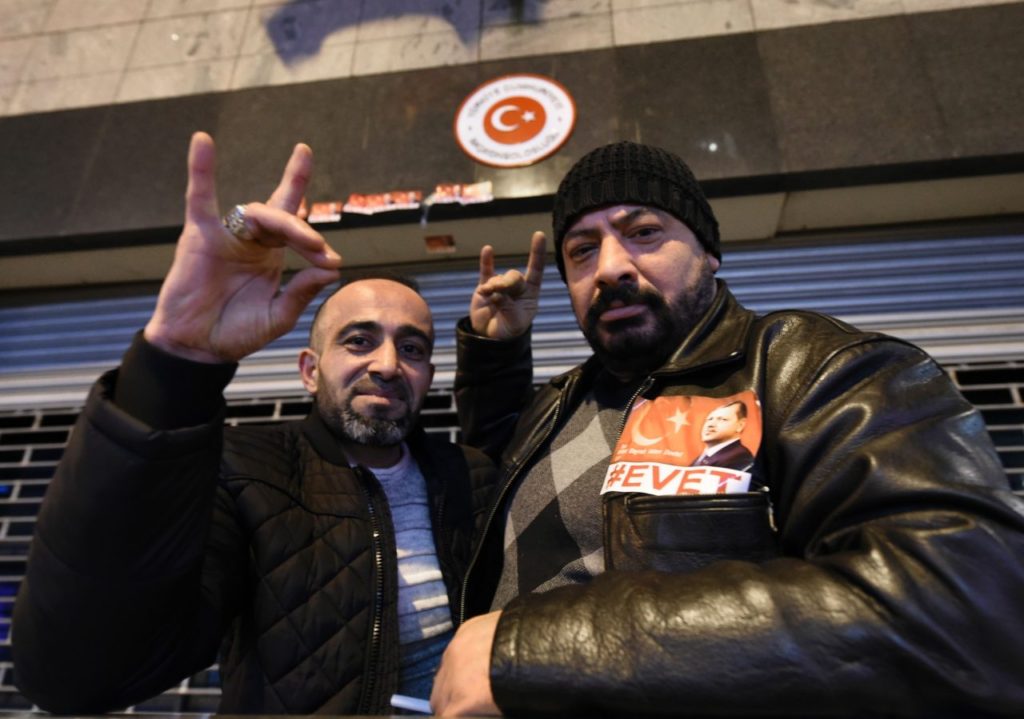 Supports of Turkish President Recep Tayyip Erdogan (not pictured) gesture in front of the Turkish Consulate in Rotterdam on March 12, 2017. (JOHN THYS/AFP/Getty)