“Our general election campaign is using advanced voter analysis tools to keep UKIP out,” HNH boss Nick Lowles revealed in a blog post this week. “It is our mission in this election to show just how ridiculous and out of touch UKIP is,” he added.

HNH recently benefitted from a massive crowdfunding initiative launched on the back of the murder of Labour MP Jo Cox, who was a personal supporter of the group. Since then, they have rebranded, redesigned their website, and promised to expand their activities.

Mr. Lowles explained how their resources would now be deployed against UKIP.

“We have the most unbelievable data which profiles our key constituencies street by street so we know where to deliver leaflets and we have set up a mail centre so we can produce and send highly targeted and personalised letters,” he wrote, claiming they had “the capacity to put out up to 30,000 direct mails a day”.

Adding: “In a new departure in this election, we will run a sophisticated and hyper-targeted Facebook campaign.”

He revealed HNH had already begun polling and analysing data to plot how to stop UKIP – which he considers a “far right” political party.

“UKIP will not win any seats in the forthcoming General Election, however its collapse will not be uniform around the country.

“Our own data analysis suggests that its vote will remain strong in certain areas of the country, especially in those white working class areas in close proximity to Muslim communities.” 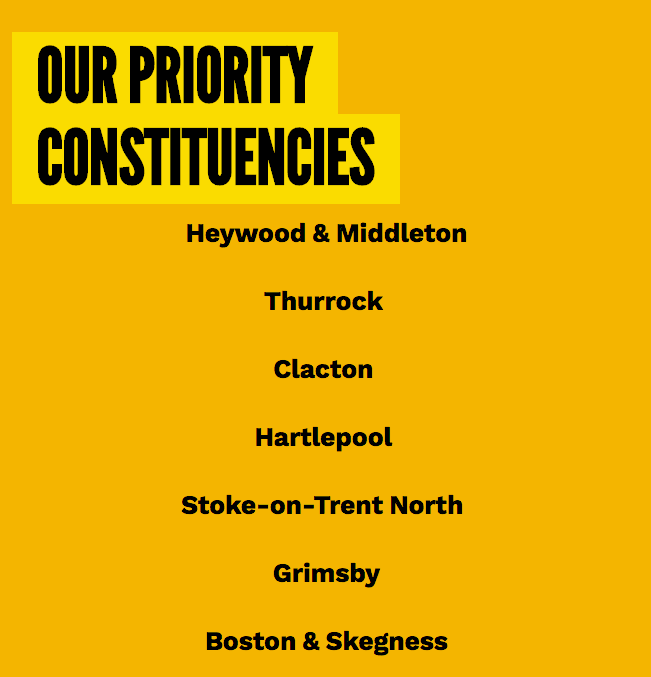 The HNH boss said they would focus on seats where UKIP still hopes to poll at 15 to 20 per cent, including Thurrock, Heywood and Middleton, Hartlepool, Dagenham and Rainham, Grimsby, Clacton, Dudley North, Boston and Skegness, Rotherham, Bradford South, and Stoke North.

Despite the likelihood of UKIP losing votes in this election compared to 2015, Mr. Lowles urged his supported to mobilise, “as working class former UKIP voters who have put their faith in the Tories to deliver economic prosperity and a sharp reduction in immigration through a hard Brexit are left disappointed and angry”.

This increased “the chances of a resurgent far right”, he claimed, and a UKIP on the bounce or new force such as Arron Banks’s promised ‘Patriotic Alliance’ could be the benefactor.

Last month, HNH personally threatened former UKIP donor Mr. Banks, promising to make Clacton its “top priority” in the general election when he said he would stand in the seat.

HNH have been campaigning against UKIP since 2013, most recently in the Stoke-on-Trent Central by-election, where the “anti-racist” group chose to focus on issues such as the ivory trade and climate change.

The organisation was described as “Orwellian bigots” by leading Muslim reformer Dr. Zuhdi Jasser after they labelled liberal Muslims “Islamophobic”, exposing them to jihadist reprisal. They were also exposed by the Economist for grossly exaggerating statistics in a report to further their agenda.

One of their most senior activists has even described their work as intentionally “dirty, underhand[ed], low down, unscrupulous”. Despite this, they recently threatened to sue former UKIP leader Nigel Farage when he linked their tactics with extremism.