The pace of terror plots successfully intercepted and prevented by Britain’s intelligence and counter-terror agencies considerably quickened in the months leading up to the Manchester attack.

Security service sources have revealed five terror plots were foiled between the Westminster attack in March, where Islamist Khalid Masood ran down a number of pedestrians and stabbed a police constable to death outside the Palace of Westminster, killing five, and the Manchester bombing which killed 22.

The five plots foiled in less than two months contribute to a total of 18 stopped since 2013.

The comments of the sources reported by The Sun said Britain’s domestic intelligence agency MI5 was running around 500 active investigations, that encompassed some 3,000 “subjects of interest”. It has since been revealed that in addition to those subjects of interest, the British government was also aware of a further 20,000 potential Jihadists who had been reported to the services or detected by other means, but were judged not enough of a risk to monitor in greater depth. 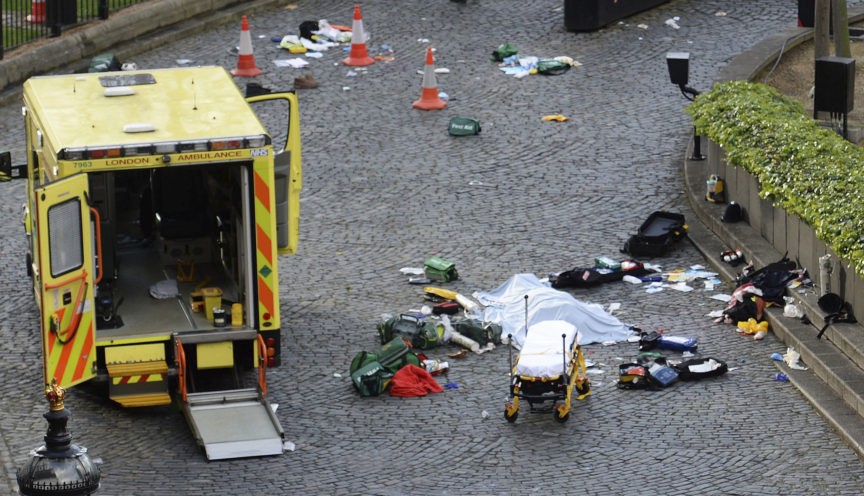 The aftermath of the Westminster attack in March 2017

Both Khalid Masood, the Westminster killer and Salman Abedi, the Manchester bomber were part of this greater pool of potential subjects, who did not receive the full attention of the security services because there are not enough intelligence and police officers to monitor them all. Allowed to have “slipped through the net”, these individuals were able to plan and execute their attacks without the attention of the security services.

The paper reported the remarks of a “former senior figure” who said: “Knowing of someone’s radical sympathies and knowing they present a real and present danger are very different things. So the essence of the security dilemma is triage, how to assess who and when to investigate very deeply given the resources needed for 24/7 surveillance.

“For every suspect that appears to be high priority another has to be pushed down the list. So who not to investigate urgently is as important a decision as who might be worth investigating”.