One of the London Bridge attackers was allegedly a well-known Islamist, who appeared on Britain’s Channel 4 TV station, was reported to police, and can be linked to the network around notorious hate preacher Anjem Choudary.

Twelve people, including four women in niqabs and men in Islamic robes, were arrested in Barking yesterday after raids at a flat believed to be the home of one of the attackers. A 55-year-old man has been released without charge.

The 27-year-old suspected terrorist is known as “Abz” in the film. According to The Times, one of the suspects was born in Pakistan, grew up in Britain, and has been named by relatives as one of three men who rampaged through the capital this Saturday.

He is thought to be the attacker who wore an Arsenal shirt and was later pictured dying on the street with a fake suicide belt strapped to him.

According to an associate, interview anonymously on the BBC’s Asian Network, he was reported to the anti-terror hotline numerous times. It was also claimed that, two years earlier, police were warned that the suspect was trying to radicalise children in a local park.

Police have asked the press not to fully identify the terrorists at this stage, but say they know who they are and will release their names “as soon as operationally possible”. 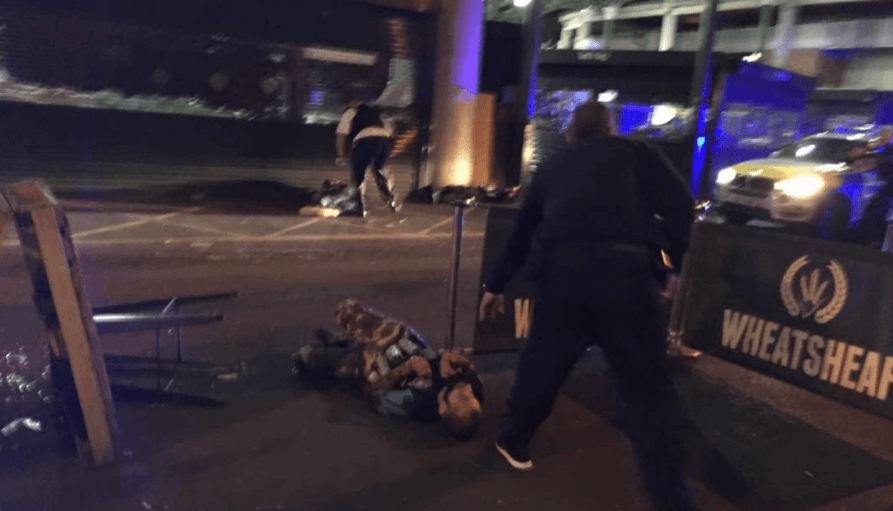 One of the attackers, wearing an Arsenal football shirt and fake suicide vest, lying in the street after being shot by police (Credit: Instagram/fried_chicken) 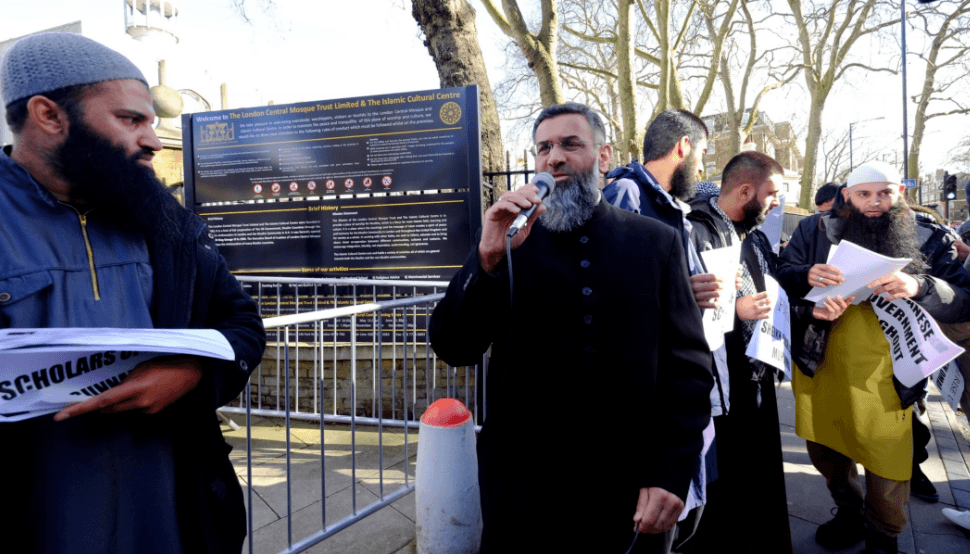 Mohammed Shamsuddin, who “Abz” is filmed alongside in the Channel 4 documentary, was an associate of notorious hate preacher Anjem Choudary, who founded the now-banned terror group al-Muhajiroun.

Mr. Choudary has been linked to numerous murderous terrorists, including Michael Adebolajo, one of the killers of Fusilier Lee Rigby, and the 7/7 London bombers, and was convicted last year of supporting Islamic State.

Abu Haleema and suspected Islamic State executioner Abu Rumaysah were also associates of Mr. Choudary, and both appear in the same film “Abz”.

In the Channel 4 program, the suspected London attacker is shown in a scene when the group of radicals, led by Mohammed Shamsuddin, pray in a central London park and unfurl a black flag which is identified as that of the Islamic State.

The group mock the police when they are questioned and tread a delicate line throughout the film, appearing to praise Islamic State, a banned group, but not openly backing them.

At one point near the Channel 4 film, Mohammed Shamsuddin laughs and smiles as he watches Islamic State execution videos. “The guy’s foaming at the mouth, wow!” he says. “And I’m eating, hahahaha.”

Abu Haleema, who has associated with Islamic State recruiters, says: “for the record, I don’t support the Islamic State”, when challenged, before bursting out into a fit or laughter. “Just for the record so I don’t get nicked [arrested]”, he adds.