PARIS (AFP) – A top candidate for France’s right-wing Republicans, Nathalie Kosciusko-Morizet, was left unconscious Thursday after a clash with a protestor while out campaigning for this weekend’s legislative elections in Paris.

Kosciusko-Morizet, widely known by her initials NKM, was insulted by a man while visiting a market in central Paris and then lost her balance when he tried to throw her campaign leaflets in her face, an AFP journalist at the scene said.

After falling, she blacked out for several minutes possibly after hitting her head, before being revived by emergency services.

Her aggressor, a middle-aged man in a shirt and chinos, left the scene immediately.

NKM, 44, is campaigning ahead of the second round of France’s parliamentary election this Sunday.

The former minister and spokeswoman under ex-president Nicolas Sarkozy faces a battle to win a seat in her central Paris constituency against Gilles Le Gendre from the Republic on the Move party of President Emmanuel Macron. 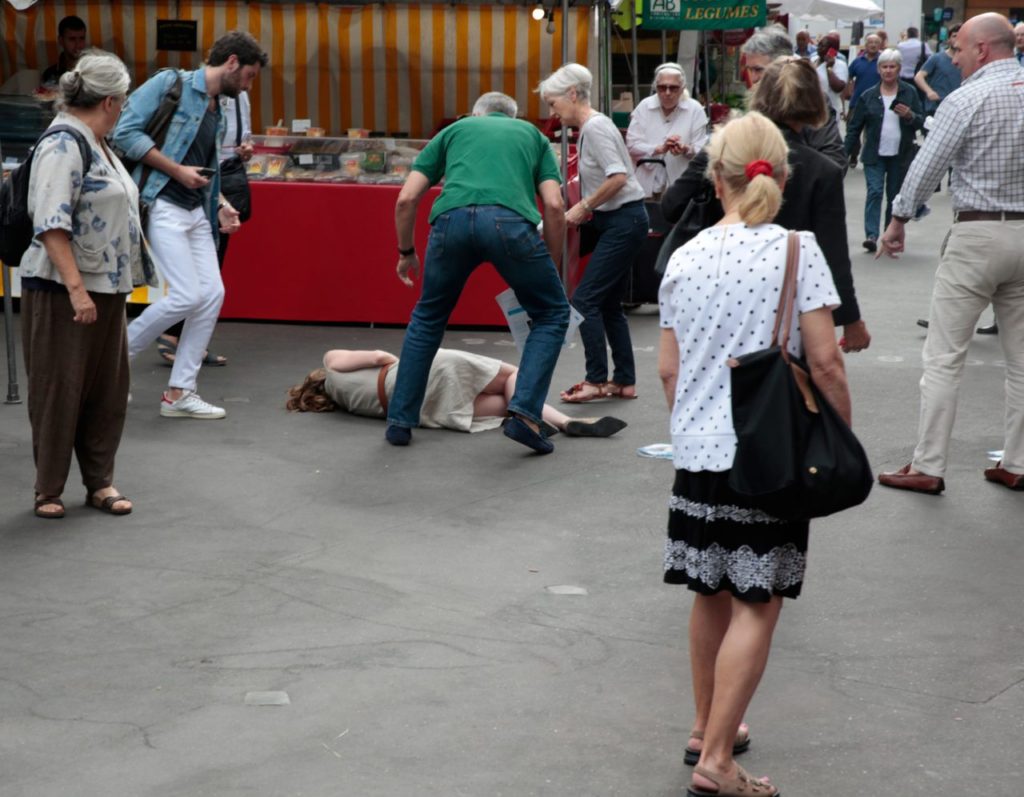 Bystanders give assistance after Les Republicains (LR) party candidate Nathalie Kosciusko-Morizet collapsed following an altercation with a man (R) while campaigning in the 5th arrondissement in Paris on June 15, 2017, ahead of the second round of the French legislative election. (GEOFFROY VAN DER HASSELT/AFP/Getty)