Labour’s hard-left leadership is using the fallout of the Grenfell Tower disaster to agitate for the private homes of the wealthy to be seized while calling for a populist uprising to bring down the government, in tactics reminiscent of the Venezuelan socialist revolutionary Hugo Chavez.

“Properties must be found, requisitioned if necessary, to make sure those residents do get rehoused locally,” Jeremy Corbyn, who grew up in a nine-bedroom mansion, told a parliamentary debate yesterday.

“It cannot be acceptable that in London you have luxury buildings and flats kept as land banking for the future while the homeless and the poor look for somewhere to live”, he added, according to The Times.

Mr. Corbyn is a long-time supporter of Hugo Chávez and his premiership – which left the “socialist haven” on the brink of collapse – and was characterised by violence and the government seizure of media, private property, and homes.

Thanks Hugo Chavez for showing that the poor matter and wealth can be shared. He made massive contributions to Venezuela & a very wide world

Widespread requisitioning of private property has not been seen in the UK since the Second World War, and Mr. Corbyn’s demands come as his party’s emboldened leadership called for mass demonstrations to bring down the government, just a week after a general election.

Shadow Chancellor John McDonnell, who has named Russian revolutionaries Lenin and Trotsky as his biggest influences, said Labour needed “every union mobilised” and for a million people to “get out on the streets”.

“We need people doing everything they can to ensure the election comes as early as possible,” the unabashed Marxist declared in a speech to the militant Bakers, Food and Allied Workers Union, reported by the Daily Mail.

He said the Left needed to “keep the momentum going” to force an early election and called for a “national demonstration” in support of the manifesto under which the Labour party lost their third consecutive general election, just days ago.

Hard-left and militant groups are plotting to hold a revolutionary mass protest on the first of July, with the Shadow Chancellor urging the Trades Union Congress (TUC) to mobilise the proletariat.

“What we need now is the TUC mobilised, every union mobilised… get out on the streets. Just think, if the TUC put out that call that we want a million on the streets of London in two weeks’ time”, he blasted.

“The Election result represents a rejection of Tory policies”, claimed far-left group the People’s Assembly, who are coordinating the protest.

“We need to make sure the full force of that opposition is felt. If we continue to mobilise in huge numbers we can deepen the crisis for the Conservatives”, they continued in a statement.

Adding: “Protests have sprung up across the country and there are many more planned in the next few days, we’re supporting all actions and events against Theresa May’s attempt at forming a Government.”

In a speech in 2012, Mr McDonnell said the hard-Left could only win power by resorting to industrial action and “insurrection”.

Conservative MP Jacob Rees-Mogg commented: “This is the hard Left in action. We have just had an election and the result should be respected by all sides. But the hard Left has never had much time for elections.

“There is something rather bullying about having a march on Parliament in order to force the hand of MPs. It is bordering on undemocratic.

“The people have decided they do not want a Labour government and I think we should be concerned that a man who is effectively the deputy leader of the opposition is urging people to take to the streets to try to overturn that.” 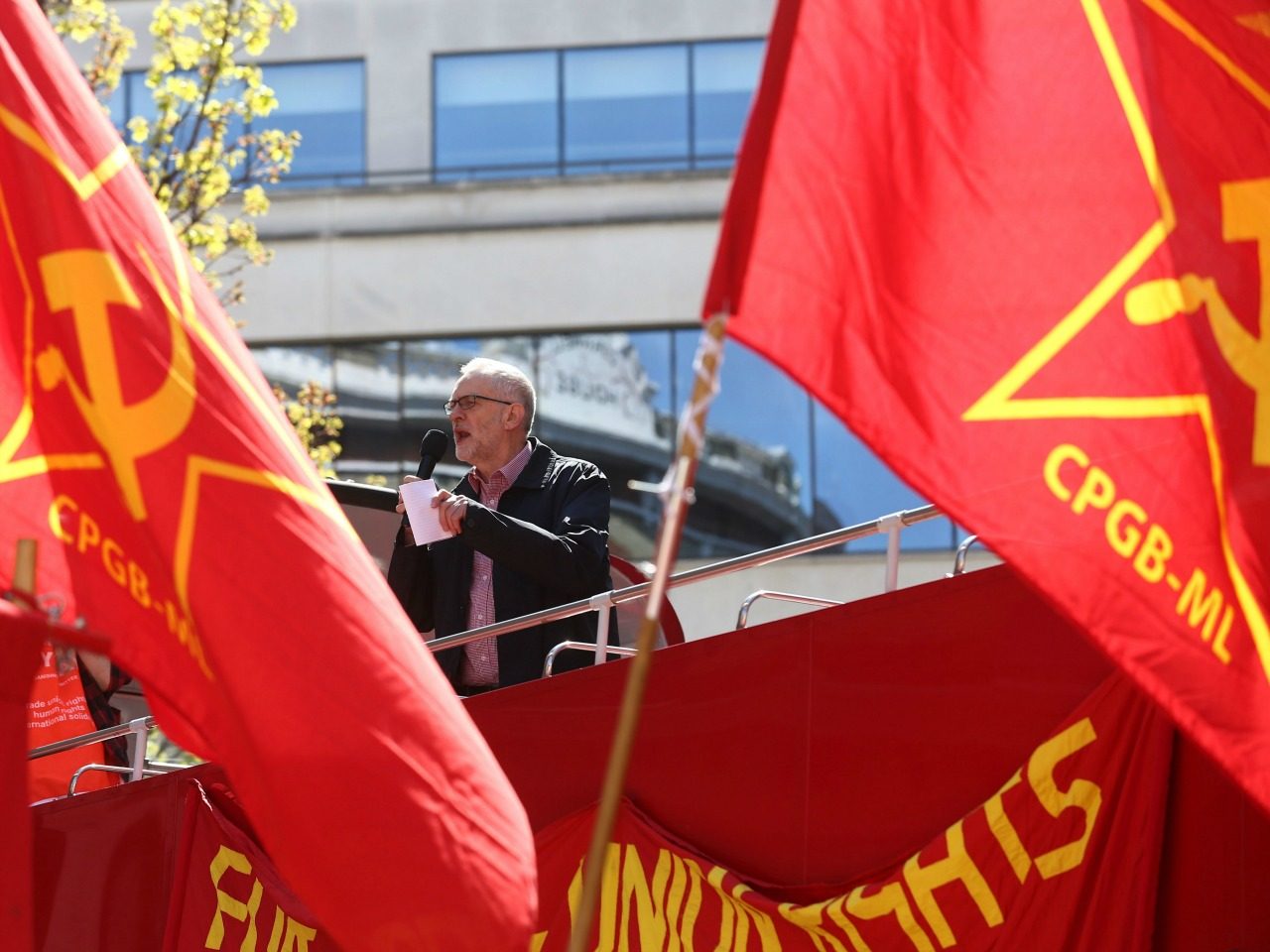