Notorious Islamist Salafist preacher Sven Lau has been sentenced to five-and-a-half years in prison by a German court after being found guilty of trying to aid an Islamic terror organisation.

Mr Lau was found guilty of trying to send aid in the way of 250 euros and three pairs of night vision goggles worth 1,440 euros to the terror group Jaish al-Muhajireen wal-Ansar or Jamwa, after a lengthy trial which began last year. The former firefighter from Mönchengladbach turned radical Salafist Imam was accused of aiding the terror group by pretending his actions were humanitarian aid Die Welt reports.

The prosecutor in the case initially demanded a sentence of six and a half years due to the fact that Lau had lied about giving humanitarian aid to the group. The lawyer for Mr Lau, meanwhile, had demanded an acquittal in the case.

During the trial, it was also revealed that Lau had attempted to arrange the marriage of a 16-year-old Austrian girl to an adult male Islamist.

The information comes just after coalition forces discovered a 16-year-old German girl named Linda Wenzel in the former ISIS stronghold of Mosul in Iraq. Wenzel had been lured to Syria by an Islamic State fighter but told the authorities who found her that she just wanted to go home.

Sven Lau is best known in Germany for his “Sharia Police” project in Wuppertal in which he and a number of other men would walk the streets trying to enforce Sharia law by banning alcohol, gambling, prostitution and the playing of music. German prosecutors attempted to bring the group to court for their activities accusing them of vigilantism, but courts ruled that their activities fell within the confines of the law. 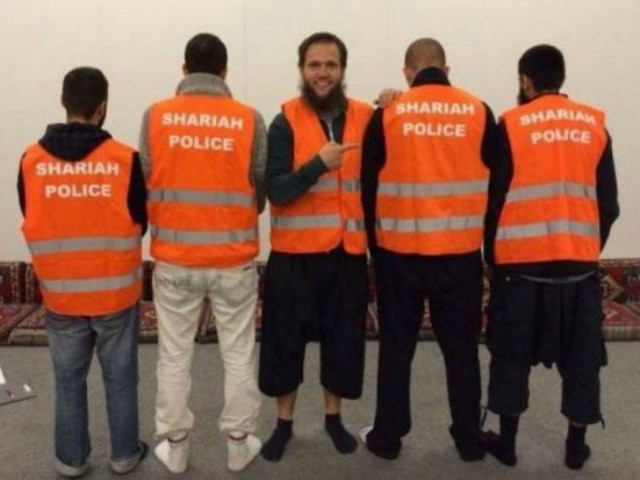 A convert to Islam in his teens, Lau is one of the leading figures in the rapidly growing radical Islamic Salafist scene in Germany. German domestic intelligence services say that the number of Salafists has almost doubled over the last few years from 5,500 to over to over 9,200 in late 2016.

Salafists have also had extensive ties to terrorists and terrorist groups to the point that former German vice-chancellor Sigmar Gabriel called for a ban on Salafist mosques entirely. “Salafist mosques must be banned, the communities dissolved and the preachers should be expelled, as soon as possible,” he said earlier this year.

Salafist have also been present in asylum homes, attempting to recruit vulnerable underage migrants to their radical ideology under the guise of humanitarian work.