Australian anti-mass migration senator Pauline Hanson has caused controversy after she wore the full face Islamic veil known as the burqa in a session of the country’s senate.

Ms. Hanson, who leads the anti-Islamisation One Nation party, attended the Senate session completely covered in an effort to highlight the issue of banning the Islamic garment. Hanson even claimed that none of the security guards in the building asked to see her face when she entered the chamber, the Daily Mail reports.

The Queensland Senator said: “A large majority of Australians wish to see the banning of the burqa.”

After taking her place in the chamber, Hanson removed the Islamic veil and stated: “I’m quite happy to remove this because this is not what should belong in this Parliament.” 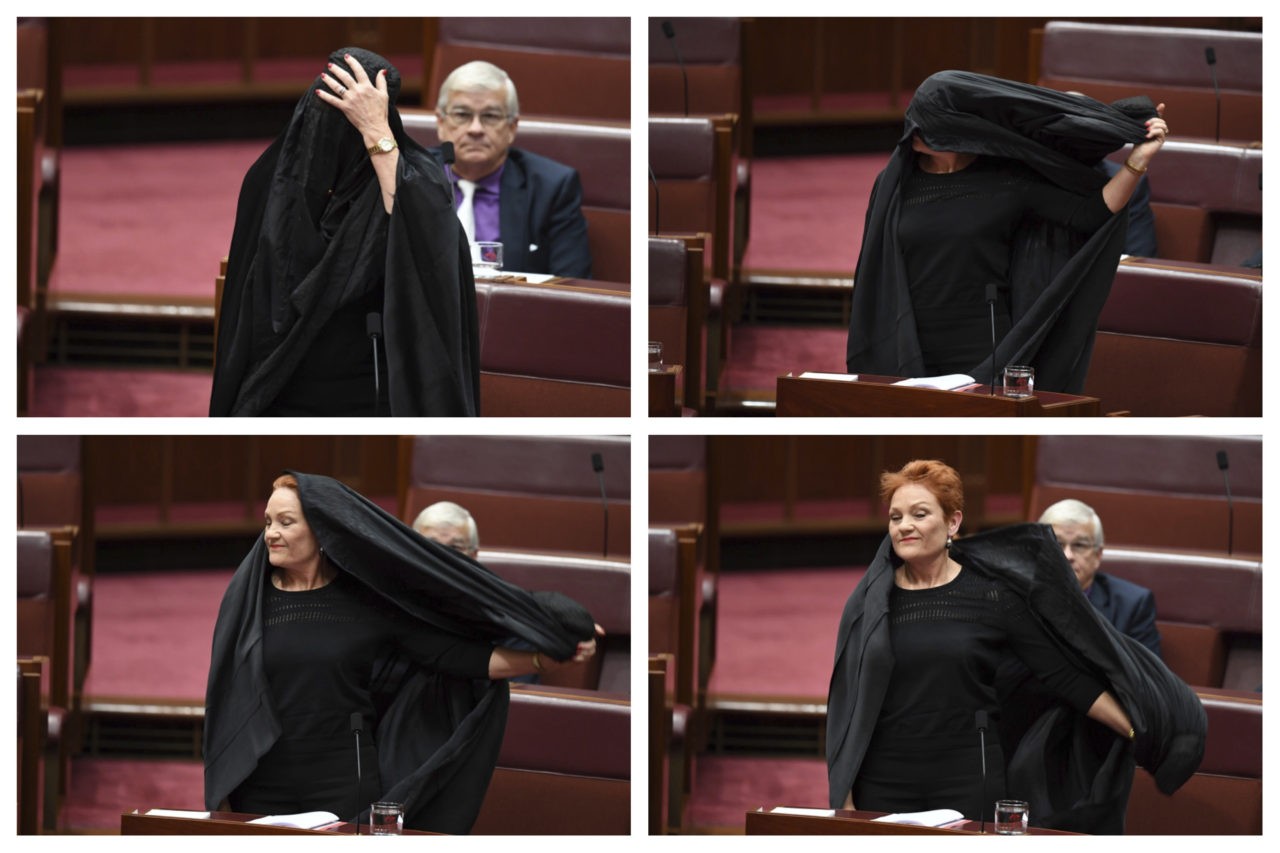 She then went on to say: “In light of our national security of this nation, will you work to ban the burqa in Australia?”

Hanson said that the burqa was a barrier to integration and added that it “disadvantaged women from finding employment, was causing issues inside our justice system, presented a clear security threat and had no place in modern Western society”. 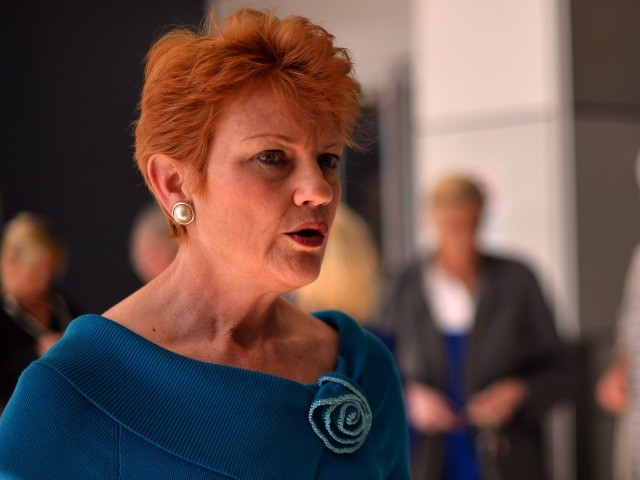 Hanson’s colleagues in the chamber met the stunt with a mix of laughter and outrage.  Attorney-General George Brandis called the stunt “appalling” and said Hanson was “ridiculing” the Muslim community.

“I am not going to pretend to ignore the stunt that you have tried to pull today by arriving in the Chamber dressed in a burqa,” Brandis said.

‘We all know that you are not an adherent of the Islamic faith. I would caution and counsel you with respect to be very, very careful of the offence you may do to the religious sensibilities of other Australians.”

George Brandis on the verge of tears as he tells Pauline Hanson her behaviour is "appalling". Standing ovation from ALP/Greens. #auspol #QT pic.twitter.com/KQpc6q5RVN

The stunt is not the first time a politician has wore a burqa or niqab to a session of parliament. Last year in Germany, anti-mass migration Alternative for Germany (AfD) politician Wiebke Muhsal wore a veil in the Thuringian parliament to highlight banning the burqa as well.

The anti-Islamisation hipster-right Identitarian youth movement pulled off a similar protest last year when they put a niqab over a statue of the Austrian Empress Maria Theresa in Vienna. Austria banned the full face veil in public earlier this year.