The CIA allegedly warned Barcelona police two months ago that the city’s popular tourist area, Las Ramblas, could be the target of a terrorist attack.

The claim, from Spanish paper El Periodico, comes after Islamist terrorists killed 13 and injured more than 100 with a van on the famous walk way. Islamic State has claimed responsibility.

Later in the day, an Audi A3 car carrying five terrorists in fake suicide belts rammed into a group of people in Cambrils, killing a woman and injuring a police officer and six members of the public.

The alleged warning from the American intelligence agency followed repeated car and truck attacks in Europe – including in London, Nice, Berlin, and Stockholm.

London has been hit by three vehicles attacks this year – Westminster, London Bridge, and Finsbury Park – and bridges and popular tourist areas are now surrounded by metal railings and concrete bollards to stop vehicles entering them.

A ring of concrete roadblocks to guard against attack also surrounded this year’s Gay Pride celebrations and thousands of extra police were dispatched for New Year’s Eve.

Christmas markets across Europe were also placed under heavy security after the lorry attack on a festive market in Berlin, with concrete blocks covering entrances. 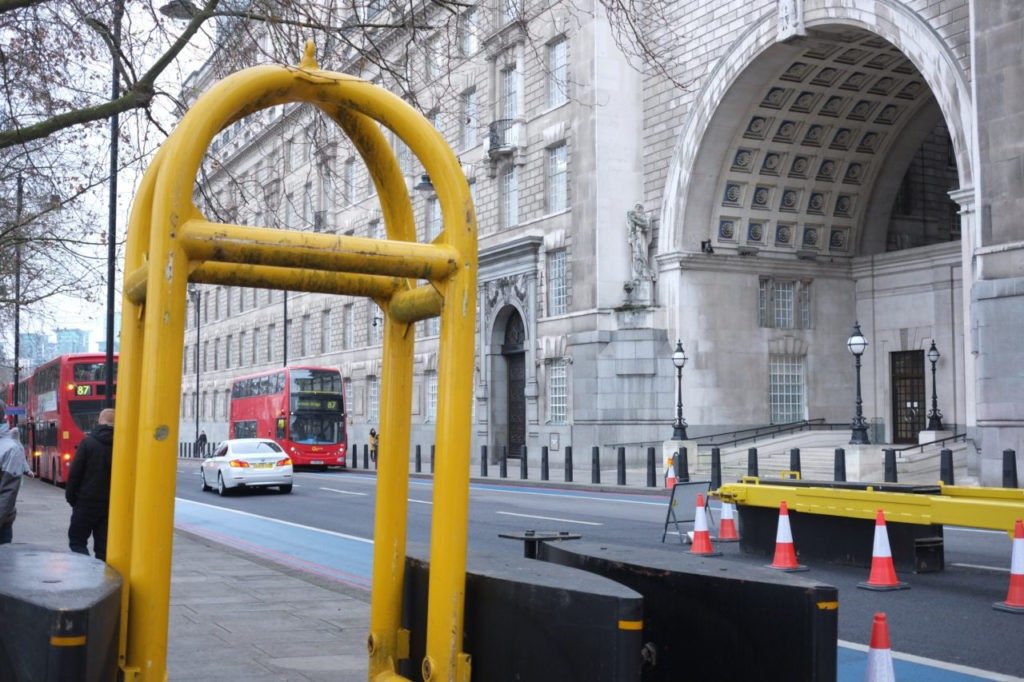 Spain, meanwhile, has largely escaped the recent spate of Islamist violence in Europe.

The last successful Islamist attack in the nation was on March 11, 2004. A suspected al-Qaeda terror cell detonated explosives on several Madrid commuter trains in a series of coordinated attacks, killing 192 and injuring more than 2,000.

Spanish and foreign intelligence agencies have long seen Catalonia as a high-risk area.

In 2007, the U.S. Embassy in Madrid proposed setting up an intelligence hub in Barcelona to counter a “major Mediterranean centre of radical Islamist activity”.

Spain has also experienced a recent surge in illegal immigration and could overtake Greece for the number sea arrivals this year.

In the 24-hours before the attacks, the Spanish coastguard brought more than 600 migrants ashore from the Mediterranean.