MADRID (AP) — Spanish authorities shared information with Belgium more than a year ago about the alleged cell leader in last week’s Spain attacks, but didn’t have any details at the time to indicate he was dangerous, officials said Thursday.

Abdelbaki Es Satty, an imam who is blamed for recruiting young Muslims in a Catalan town to commit attacks in Barcelona, had served a four-year prison term for drug trafficking in 2012 and had been questioned as early as 2006 in a national police operation against jihadism.

But the Catalan police officer who answered an informal request of information from Belgium in early 2016 didn’t have the complete records on Es Satty, according to the remarks by high ranking police and government officials in Catalonia and interviews conducted by The Associated Press.

The chief of the Interior department in the Catalan regional government, Joaquim Forn, acknowledged Thursday that Belgian police in Vilvoorde made an informal request for information on the imam in 2016, when Es Satty spent three months in the city known for Islamic State group recruiting. 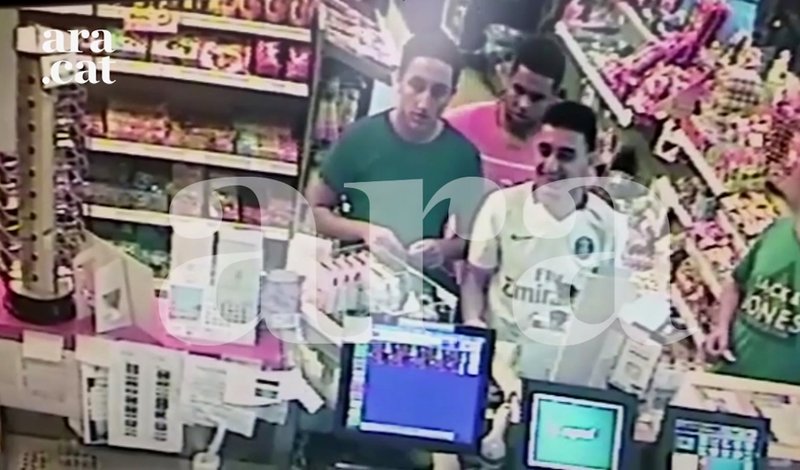 In this image taken from CCTV filmed on Thursday Aug. 17, 2017, purportedly shows from left Moussa Oukabir, Omar Hychami, and Houssaine Abouyaaqoub at a service station. (ARA via AP)

Forn said police gave their Belgian counterparts what they had but at no point had anyone told them Es Satty had been investigated or was dangerous. The exchange was described by another Catalan official, who spoke on condition of anonymity to discuss an informal conversation between two police officers.

Es Satty was one of two suspects that died in a blast at a house in Alcanar on Aug. 16 which disrupted the cell’s plan to set off bombs at high-profile targets in Barcelona.

Following the explosion, other members of the cell carried out attacks with vehicles and knives as weapons on Aug. 17-18 that left 15 dead and more than 120 injured.

Police confirmed on Thursday the identity of the second body found in the house used as an explosives workshop as that of Youssef Aalla. One suspect survived the blast and has been jailed.

A National Court judge also released Salh El Karib, one of the four suspects arrested in the wake of the attacks, because of a lack of evidence that the cybercafe worker was part of the plot.

El Karib lived in Ripoll, the town where the extremist cell was allegedly formed. He used his credit card to purchase plane tickets for another suspect in the case, according to court documents released Thursday. He was reimbursed in cash and was paid an additional 5 euros ($6), the documents said.

The judge saw insufficient evidence to keep him in police custody and ordered his release requiring him to stay in Spain and show up in court once a week while the investigation is open.

Judge Fernando Andreu also freed under similar restrictions another of the suspects Tuesday, once again for lacking proof of his involvement, and sent to jail the other two people arrested after hearing their testimony.

Eight more people connected to the attacks are dead, six of them shot by police.

While the investigation continues and expands beyond Spain’s borders, new revelations on Thursday raised questions about the level of coordination and intelligence sharing between different security forces and departments in Spain. 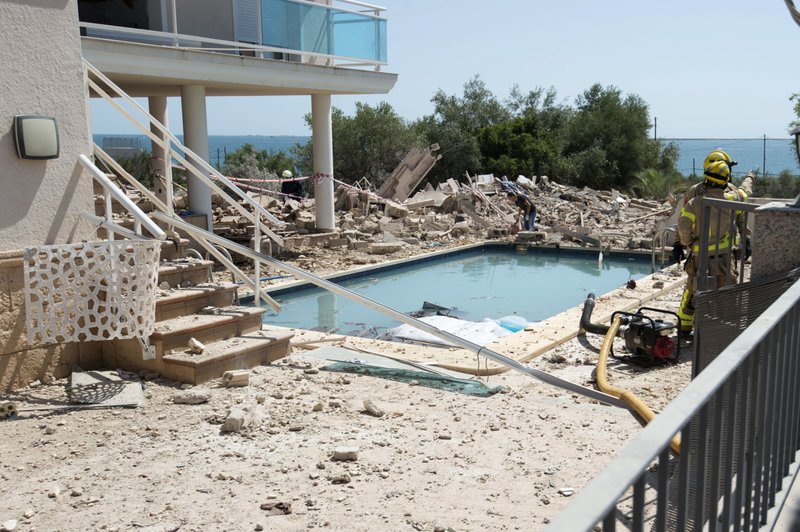 FILE – In this Thursday, Aug. 17, 2017 file photo, emergency team members collect evidence at the explosion site where the attacks of Barcelona were planned, in Alcanar, Tarragona province, Spain. (AP/Joan Revillas)

Both Civil Guard and National Police in Spain are formally in charge of counterterrorism work and have accumulated experience after decades of fighting Basque militants and religious extremism, but Catalonia’s Mossos d’Esquadra regional force has led the response and initial investigation into last week’s attacks in their operational area.

Catalonia, the northeastern region where separatist sentiment runs high, is currently ruled by a coalition of parties that are openly seeking the region’s independence from Spain.

The regional government has bowed to push ahead with a referendum on the issue on Oct. 1 despite the vote being unconstitutional under Spanish laws.

The Mossos’ work has so far won widespread praise, especially in Catalonia. Although the central government and the national law enforcement agencies have publicly acknowledged the Mossos’ success, some officers’ unions have publicly complained about how being excluded from the response and investigation led to missing valuable input.

An officer who leads an independent group of police agents who spoke to The Associated Press on condition of anonymity said that Civil Guard’s experts on explosives would have been key to assess what the cell was doing when their bomb workshop exploded.

Two of the main unions, the Civil Guard’s AUGC and National Police’s SUP, went even further earlier this week by openly criticizing authorities in a joint statement and saying that the decision to sideline them was aimed at “transmitting an image overseas of a ‘self-sufficient’ Catalan state.”

The events highlight “a deficient functioning of communication” between police forces because authorities in Catalonia didn’t have information on a 2007 National Police investigation into a jihadi cell where Es Satty’s name had appeared, their statement says.

“It is evident that if somebody would have alerted us, we would have acted in a different way,” Forns told reporters on Thursday in response to criticism.

Also this week, justice officials revealed that the imam had won an appeal for showing good behavior against an expulsion order handed down in 2015, right after he served time in prison for drug trafficking.