One of Germany’s largest platforms for far-left extremists, a website suspected of planning the G20 violence at Hamburg this year and that has published contact information of populist politicians, has been taken down.

The extremist site “linksunten.indymedia.org” was shut down by the interior ministry Friday. The website, which started in 2009, has been the largest platform for extremist groups like Antifa and sources claim that the government shut the site down in response to the violence at the Hamburg G20 conference, Der Spiegel reports.

The interior ministry released a statement saying the website “runs counter to the criminal laws for purpose and activity”, and goes against the German constitution.

The site itself allowed users to post under pseudonyms and contained many cases of extremists taking responsibility for criminality and violence. In one case earlier this year, far-left extremists claimed they were behind 13 arson attacks on rail lines leading to massive train delays across Germany. 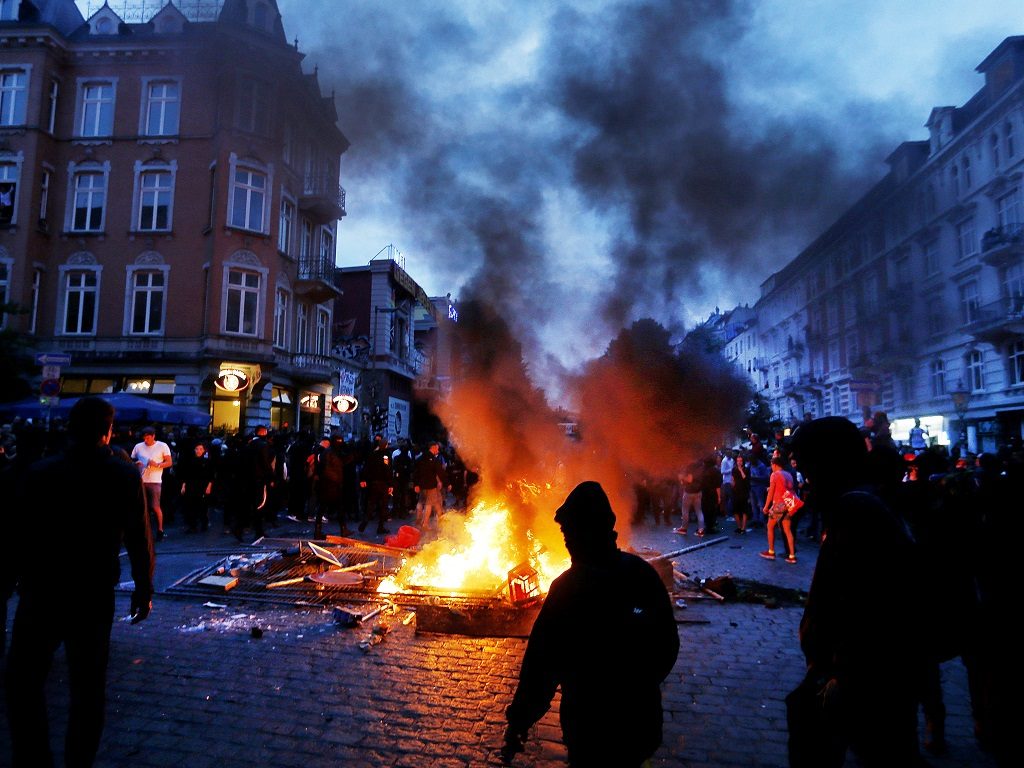 Far-left protestors stay between fires on a street during a protest against the G-20 summit in Hamburg, northern Germany, Friday, July 7, 2017. (AP Photo/Michael Probst)

In September 2016, the site’s owners, who authorities say live in Freiburg, claimed that thousands of far-left extremists visited the site every day. They wrote that the site had “become the most important left-radical website in the German-speaking world”.

As well as posts claiming responsibility for attacks, there were a number of posts directing extremists in how to build Molotov cocktails, insults and abuse toward right-wing activists and politicians, and calls for further violence.

The site was also where the personal addresses of members of the anti-mass migration Alternative for Germany (AfD) were published. After the publication, the party saw hundreds of attacks on members and supporters including former leader Frauke Petry who had her car set on fire.

Germany’s domestic intelligence agency, the Federal Office for the Protection of the Constitution, has identified three individuals behind the site but is also investigating potential moderators and other posters.

The site creators previously claimed they had no idea who any of the users were, writing: “We do not want to know who has published all the beautiful storytelling.”