Far-left extremists vandalised a monument to former Polish King Jan III Sobieski who broke the Turkish siege of Vienna in 1683 ahead of an event put on by the hipster-right Identitarian movement to celebrate the anniversary of the battle.

The left-extremists wrote “no nazi!” and crossed out the date, ’12th of September 1683′, on the monument to the Polish King who, along with his elite troops, the Hussars, broke the Turkish siege of Vienna.

The defacement has provoked outrage amongst many and the Polish Foreign Ministry has said they are looking into the incident, Polish broadcaster RFM24 reports.

The police in Vienna say they arrested two individuals on Saturday they believe to be connected with the graffiti as well as several other incidents of vandalism on the same day. The pair, a 24-year-old and a 27-year-old, were said to be in possession of around 17 spray paint canisters and could be responsible for as many as 10 instances of vandalism in the area.

The monument itself is incomplete as the base is the only part which has been built. On top of the base sits a sign which shows the future monument of Jan III Sobieski on a horse which is slated to be built in the coming years.

The Polish Ministry of Foreign Affairs released a statement Sunday saying: “The inscriptions from the painted boards and plinth of the future monument of Jan III Sobieski in Kahlenberg in Vienna have already been partially removed.” 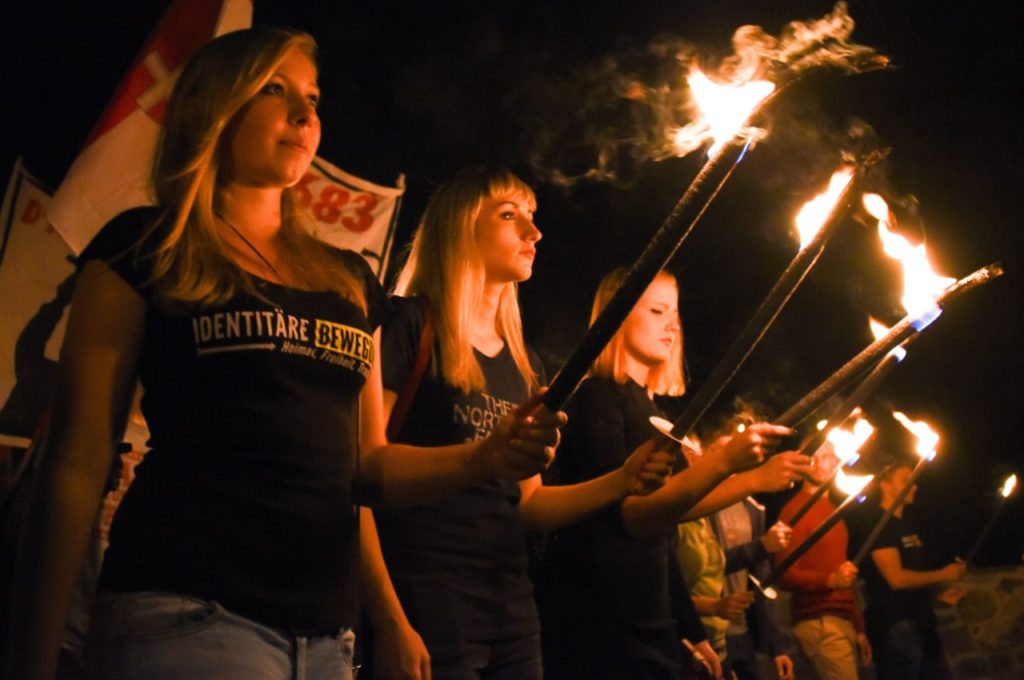 The vandalism is largely seen as a reaction to the hipster-right Identitarian youth movement who held an event in the vicinity which, according to police, passed without incident. Around 200 members and supporters of the anti-mass migration movement attended the event which featured speeches from the group’s leader Martin Sellner and others.

Far-left crimes are on the rise in Austria and in neighbouring Germany where earlier this year thousands of black-clad masked extremists wrecked havoc in Hamburg injuring hundreds of police officers.

Since the Hamburg G20 riots, the German government has sought to crack down on far-left extremism and shut down the largest German-language website for the far left. In the U.S. the group, commonly known as Antifa, have had their actions designated as “domestic terrorism”.