Chancellor Philip Hammond has said there is “flexibility” around the issue of a Brexit transition period, implying the UK could remain tied to European Union (EU) institution for longer than two years.

Mr. Hammond has previously called for a transition “of between three and four years,” claiming the delay is needed to protect businesses.

His detractors, including Foreign Secretary Boris Johnson, have said the UK needs to strike up free trade deals with non-EU nations as soon as possible, and keeping the UK tied to Customs Union rules will be harmful.

Speaking on the BBC Radio 4 Today program, he said: “The Prime Minister set out an agenda in Florence pointing the European Union to a way forward in the negotiations and making clear that the UK will seek a time-limited interim period of around two years which ensures business there won’t be the cliff-edge.

“The Prime Minister was very precise in what she said. At the moment, that points to a period of around two years and I think that leaves some flexibility but the degree of precision that businesses need to start planning.” 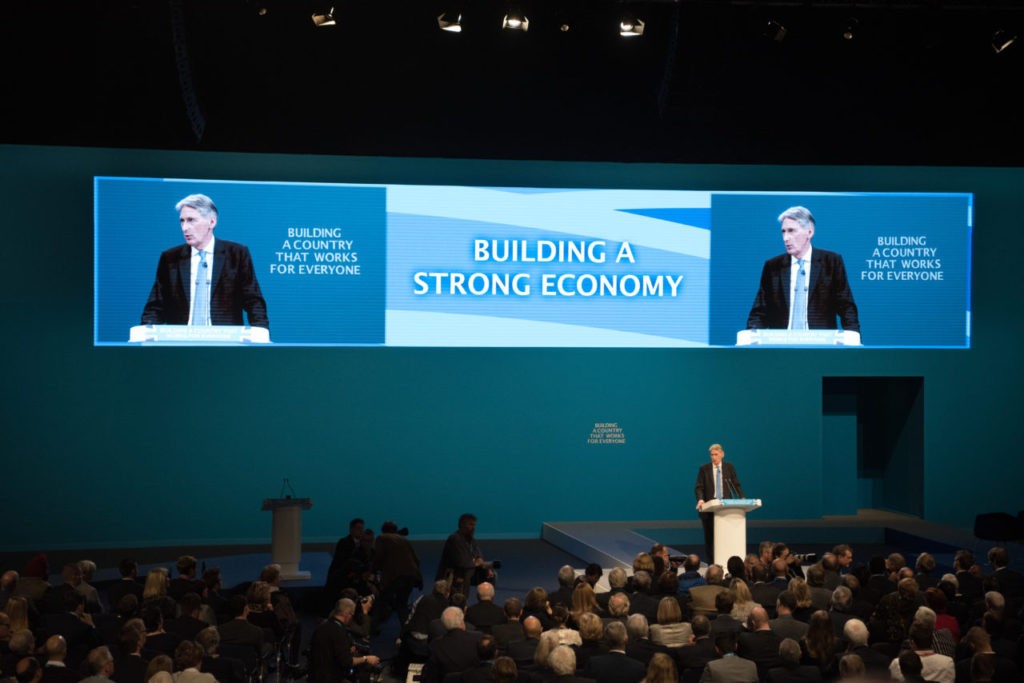 Chancellor of the Exchequer Phillip Hammond delivers his keynote speech on day two of the Conservative Party Conference at Manchester Central on October 2, 2017 in Manchester, England. (Carl Court/Getty)

The Chancellor also dismissed claims the Cabinet remained divided on the issue of the transitional deal, claiming all ministers supported Mrs. May and her position.

However, just a few days ago, Mr. Johnson demanded the transition period be limited to two years, describing it as a Brexit “red line.” International Trade Secretary Liam Fox was in the crowd when the Foreign Secretary made the comment and appeared to support the position.

Mr. Johnson also demanded the UK refuse to accept new EU or European Court of Justice rulings during the transition and does not make payments for Single Market access when transition ends.

Asked whether Mr. Johnson should be sacked, the chancellor told ITV’s Good Morning Britain: “We all serve at the prime minister’s pleasure and we all owe the prime minister our allegiance and our loyalty within the cabinet.

“I have always operated on the principle that it is probably best to believe that nobody is unsackable. Everybody has got to pull their weight within the government.”